It's too cold and dark to be doing anything else.

There doesn't seem to be any Christmas movies on the box tonight, we regret to inform you.

An annoying oversight, given the date that's in it, but we march on regardless. 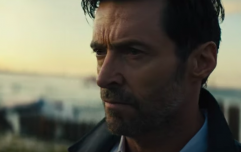 END_OF_DOCUMENT_TOKEN_TO_BE_REPLACED

Part one of the two-part finale to the Hunger Games saga. Sadly, you probably couldn't just tune in if you're not sure what's been going on, but if you even have a rough idea, it's an exciting flick.

Legitimately one of the best films of all time, and definitely worth a watch if you've not seen it. If you have seen it, it's worth a watch again.

A load of bad-ass action movie stars all on the screen at the same time. Not exactly a comedy, despite the channel that it's on. 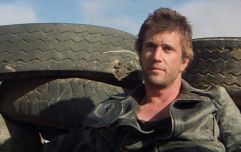 END_OF_DOCUMENT_TOKEN_TO_BE_REPLACED

Harry and Lloyd are reunited after 20 years, and unsurprisingly, neither have changed all that much.

A French drama about the AIDS epidemic that occurred in the '90s. A great movie if you're planning on staying up late.

Advertisement
House of Rugby Ireland · Quinn Roux on finding a home in Ireland and Mike McCarthy brings the absolute HEAT!
popular
RTÉ Prime Time footage shows tanned Irish holidaymakers returning from Lanzarote
Leo Varadkar rules out going straight to Level 3 restrictions in March
QUIZ: Can you name all of these countries just from one of their cities?
Holly Willoughby criticises influencer for travelling to Dubai during pandemic
Warners Bros reveal first footage of mysterious sci-fi blockbuster with Hugh Jackman
QUIZ: Do you know the collective name for these groups of animals?
Pharmacists urge people of Ireland to take Vitamin D supplement
You may also like
1 day ago
Here are the best movies on TV tonight
1 day ago
A Harry Potter TV show in development at HBO Max
2 days ago
Here are the best movies on TV today
3 days ago
The JOE Movie Quiz: Week 86
3 days ago
Kenneth Branagh to play Boris Johnson in TV drama about Covid-19
3 days ago
The insanely violent trailer for Boss Level is like John Wick meets Groundhog Day
Next Page