Here's all the movies on TV today

Sunday. The day after Saturday and the day before Monday. A day for leisure.

But also a day for movies, so let's see what we've got.

Ted, a 12-year-old boy, sets out to search the long-extinct Truffula tree to impress the girl of his dreams.

A remake of the 1937 classic. The reviews were not as kind as for the original.

Pirates of the Caribbean: The Curse of the Black Pearl - ITV2 - 3.20pm 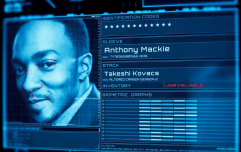 END_OF_DOCUMENT_TOKEN_TO_BE_REPLACED

The first and best of these movies.

Nicolas Cage steals the Declaration of Independence. But he's an honourable fellow really.

The creators of Despicable Me realised they'd unintentionally created the cutest movie characters in years. So they created a spinoff.

END_OF_DOCUMENT_TOKEN_TO_BE_REPLACED

The sequels are rarely as good as the first one.

So you're telling me this is a movie about a car with a mind of its own? And it's not considered a horror movie?

It was later marketed as Return of the Magnificent Seven.

END_OF_DOCUMENT_TOKEN_TO_BE_REPLACED

Suddenly finding themselves in the middle of a violent political uprising, Owen Wilson and his family must frantically look for a safe escape as rebels mercilessly attack the city.

Starring Bruce Willis and directed by Tony Scott. Haven't seen it but may flick to it if I have the remote in my hand.

Man who tests prisons for a living must break out of a... prison. For real.


popular
Here are Ireland’s favourite takeaways, as per the National Takeaway Awards
TG4 to air a documentary on Ireland's homeless crisis this evening
"Totally unacceptable." Final year students at WIT hit out after extra module added to final semester
Here are the 6 best movies on TV this evening
QUIZ: Week 16 of JOE's 19 in 90 quickfire quiz is here
Met Éireann forecasts risk of sleet and possibly snow in parts of Ireland this weekend
Seven leaders announced for RTÉ's multi-party debate
You may also like
3 days ago
Here are the 8 best movies on TV this evening
3 days ago
The JOE Movie Quiz: Week 37
3 days ago
15 new documentaries you should be watching on TV in 2020
3 days ago
WATCH: For the first time since 2011, someone has won the Winning Streak jackpot of €500,000
3 days ago
WATCH: Netflix release powerful trailer for true-life murder mystery Lost Girls
4 days ago
Stellar cast announced for new thriller from the makers of Bodyguard and Line of Duty
Next Page