When we say this documentary has it all, we really mean it.

RTÉ One aired the documentary In League With Gaddafi on Monday night and, as expected, it garnered quite the reception.

The story behind it is quite incredible. In 1989, a League of Ireland selection, managed by the legendary Brian Kerr and comprised of players from Bohemians and St. Patrick's Athletic, travelled to Libya to play a game against the national team at a time when the Gadaffi regime was dominant. 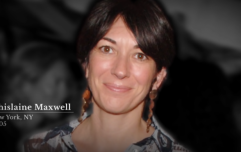 END_OF_DOCUMENT_TOKEN_TO_BE_REPLACED

The documentary is heavily propped up by RTÉ archival footage, as well as interviews with players who made the trip and, of course, Brian Kerr himself.

Although the documentary is about football at its core, it also excellently depicts Ireland in the 1980s while also looking at the links between Provisional IRA and Gadaffi.

And as is expected with such a brilliant documentary, the reaction was overwhelmingly positive.

This is the greatest documentary ever made.
I’m loving every second of it.
It’s like the Commitments meets Argo with just the perfect amount of Brian Kerr. #InLeagueWithGaddafi

The moment #InLeagueWithGaddafi when Charlie Haughey is walking down the street to Inspector Norse is as good as television gets, well played @KevinBrannigans

#InLeagueWithGaddafi was brilliant. More TV like this pls @rte great use of archives, good use of music, bizarre story and proper portrait of Ireland at the time. And it heavily features the godlike Brian Kerr. 👏@KevinBrannigans

#InLeagueWithGaddafi Is fantastic. Brian Kerr is a gas gas man. I’d see he’s made up of about 60% coddle.

#InLeagueWithGaddafi was a wonderful snapshot of 80s Ireland in all its grimly bizarre glory.

After being told on several occasions that nobody would be interested in a League of Ireland based documentary, I’m loving #InLeagueWithGaddafi on RTE now. When the story is interesting enough it doesn’t matter if you’re a LOI fan or not!! Also...mon the Saints #redarmy

popular
RTÉ confirms Eoghan McDermott will not be returning to 2FM
Two Irish cities named the friendliest in Europe by leading travel magazine
Abercrombie & Fitch to permanently close Dublin store
You can now send someone a turf scented candle for St Patrick's Day
Met Éireann has issued a weather warning for seven counties
Two Irish food businesses were served with closure orders in February
Happy 25th anniversary to the best mid-movie plot twist of all time
You may also like
1 year ago
New documentary series examines three brutal murders and a mysterious satanic cult
1 year ago
Justin Bieber drops trailer for new docuseries that will show a 'full circle' look at his life
1 year ago
The Last Dance is already shaping up to be the best documentary series of 2020
1 year ago
Sky's true crime documentary The Disappearance of Susan Cox Powell begins this weekend
5 days ago
WATCH: Eric Andre stars in new hidden camera comedy Bad Trip
6 days ago
Paul Mescal lands role in Irish revenge thriller Bring Them Down
Next Page