You can bunk off work, Joe Schmidt says so!

The mood amongst Irish rugby fans is still a bit gloomy after the defeat to Japan at the weekend and to rub salt into the wounds for those of us not in Japan, the next game against Russia takes place when most of us are supposed to be in work or college.

Thankfully, we've got two pieces of good news when it comes to the game on Thursday.

One: Joe Schmidt himself has written a bit of a sick note to get us all off our respective previous engagements, and considering it is coming from head coach himself, it is obviously legit and totally legally binding*: 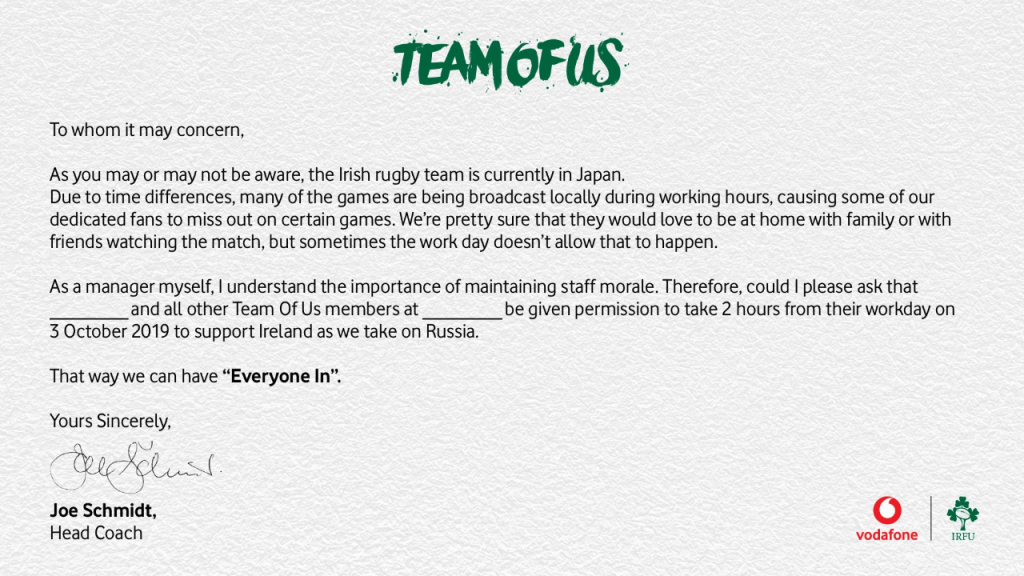 Two: Omniplex Cinemas all around Ireland are showing the match on the big screen, with tickets available for pre-booking for just €11, which will get you tea or coffee upon arrival. And then, once you're heading into the cinema screen itself, (doors: 10.30am, kick-off: 11.15am), you'll also get a large popcorn and large drink included in your ticket price. 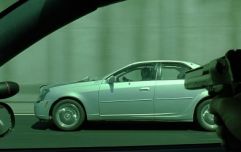 END_OF_DOCUMENT_TOKEN_TO_BE_REPLACED

You can book your tickets to your local screening (Omniplex in Cork, Rathmines Dublin, Dundonald Belfast, and Limerick are all hosting the event) right here.

Alternatively, you could risk it and see if there are seats left on the morning, which will be free upon arrival, but you'll need to pay separately for your in-cinema goodies.

And finally, here is some footage from inside an Omniplex cinema (during happier times) when Ireland played Scotland a couple of weekends back; fingers crossed there'll be more reason to cheer again come Thursday.