Time to get the DVDs and streaming services going.

However, film and TV fans will know that things really start to get serious when the RTÉ Christmas Guide is available to buy and having glanced through the listings for the next few weeks, we're shocked to see that somebody has said Avada Kedavra to all eight Harry Potter films on terrestrial TV - RTÉ, Virgin Media, TG4, BBC, ITV, Channel 4 etc. 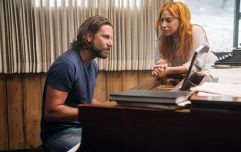 END_OF_DOCUMENT_TOKEN_TO_BE_REPLACED

Granted, the boy wizard isn't as closely associated with the Christmas season in the way that genuine Christmas films like Die Hard, Home Alone, Gremlins, and Elf are, but they're still films that you'd associate with this time of year.

After all, it's not Christmas without settling down to watch the likes of the Indiana Jones trilogy (the fourth film never happened), The Great Escape, Hook, The Snapper, and the Back to the Future films.

Ok, they're not Christmas films but you 100% associate them with this time of year.

Sadly, viewers will only be able to see Harry's adventures on DVD, but if you're a NOW TV viewer, every single Harry Potter film will be available to watch from 23 December.

FYI, as sad as this news is for Harry Potter fans - even if they've seen the films 1,237 times before - there's still a plethora of fantastic films being shown over the Christmas season on TV.

Case in point, in terms of family-friendly films alone, viewers can enjoy the likes of Space Jam, The Grinch, Toy Story 3, Frozen, Cool Runnings, Elf, The Lego Movie, Matilda, Home Alone 1 and 2, Jumanji, Paddington 2, all the Shrek films, and lots more on their TVs.

Sadly, the Harry Potter films won't be shown on any free-to-air station, but if you've got NOW TV or the DVDs, you're not going to miss out.