"Sometimes it all works out."

Ask someone to describe the movie Jerry Maguire to you, and they will not go far without mentioning the seismic performance of Tom Cruise as the title character.

Released in 1996, the film revolves around a sports agent who has a crisis of conscience and writes a lengthy mission statement about dishonesty in the business, and treating people like commodities. This leads to an abrupt change of employment and throws Maguire together with secretary, and single mother, Dorothy Boyd (played by Renée Zellweger) for a wild ride.

END_OF_DOCUMENT_TOKEN_TO_BE_REPLACED

Two Tom Cruise lines - 'You complete me' and 'Show me the money' - have gone down in movie folklore, and it is hard to imagine anyone else playing the titular role. Well, the director of the film provided some inside information on Jerry Maguire that shows how the original concept of the story could have led to a completely different picture. 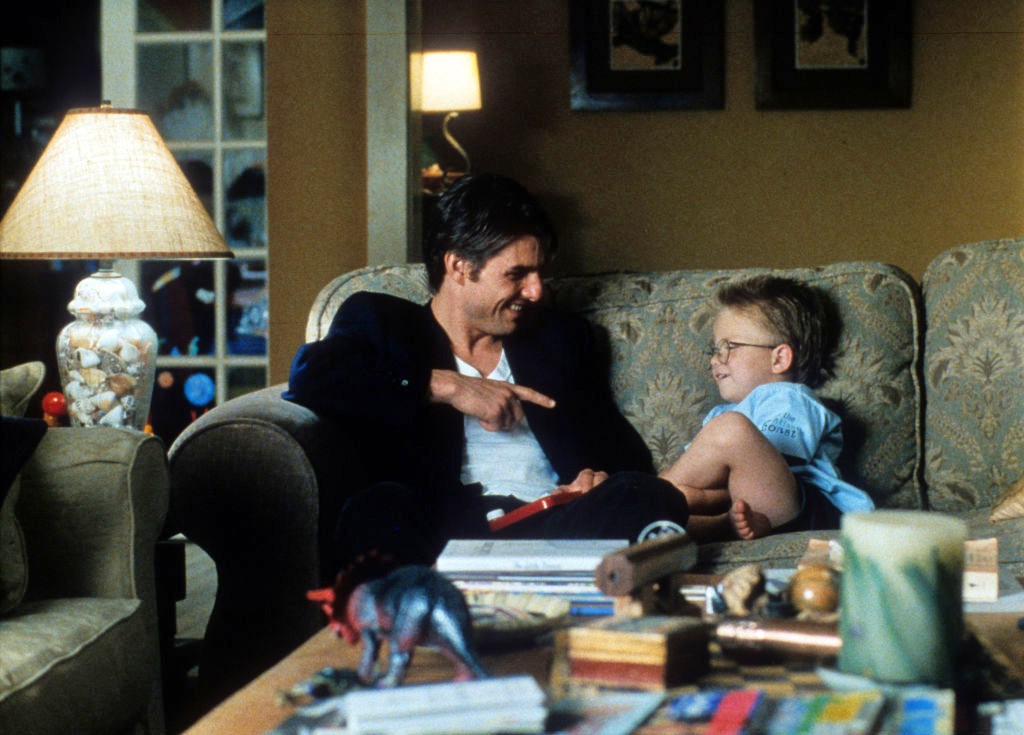 Tom Cruise points to Jonathan Lipnicki in a scene from the film 'Jerry Maguire', released in 1996. (Photo by TriStar/Getty Images)

Cameron Crowe, who wrote and directed Jerry Maguire, was speaking on the Bill Simmons Podcast about a range of his movies, and touched upon the original lead role choice for the box-office smash.

"Jerry Maguire doesn't get made with an unknown [main star], for example, and now I can't see anybody but Tom Cruise in there.

"That's the perfect marriage. It was original written for Tom Hanks... he was the first guy to get the script. He was admiring, but he passed. It was the most seductive pass you could ever imagine. I didn't realise he had passed until I hung up. That's how presidential he was!"

Tom Hanks ended up pushing ahead with his pet project, that year. He was the screenwriter and director of a film about a one-hit wonder band, called 'That Thing You Do!'

END_OF_DOCUMENT_TOKEN_TO_BE_REPLACED

With Hanks passing, ever so kindly, Crowe went to Tom Cruise and the movie had a lead that was much more high energy and bellicose than the 'Forrest Gump' and 'Philadelphia' star would have brought to the silver screen.

As for the role of Dorothy Boyd, Crowe confirmed that the likes of Mira Sorvino, Joey Lauren Adams and Gwyneth Paltrow had been among many top Hollywood stars that read for the role before Zellweger got the nod.

"Renée Zellweger read for it twice. The last time she came in, her dog had died and she was not in the right frame of mind. She left and no-one in the room really talked about her. It was a moment where it isn't even brought up, because it's obvious not going to work... six months pass and our casting director goes, 'You know, I can't get that girl from Texas, with the dog, out of my mind'."

"She came back on a day when Mira and Gwyneth were in," Crowe added, "and Cruise was there. He was in the room to read with them. And something just happened. She made him laugh. She just came in with this young spirit."

Some of that spirit is wonderfully captured in this behind-the-scenes footage from Jerry Maguire:

"There was a moment," Cameron Crowe adds, of the Renée Zellweger audition, "where Cruise turns around and he looks at me, and he looks back at her, and is like, 'Wow'. A real human in the world saying, 'Isn't she something?', and that was Renée.

Crowe said that moment galvanised the belief that a relatively unknown actress could be paired up against a mega-star like Tom Cruise, and that could be a big selling point for the movie.

A Jerry Maguire with Tom Hanks as the disillusioned agent and Gwyneth Paltrow as the woman that takes the leap with him could have worked, of course, but it would have had a completely different tone.

popular
Katherine Ryan says famous TV star is a ‘predator’ and everyone in industry knows
Staff threatened with screwdrivers during armed pharmacy robbery in Dublin
20 years ago, one of the best sci-fi movies of the 21st century was a box-office bomb
The JOE Movie Quiz: Week 181
The JOE Friday Pub Quiz: Week 322
Man fired for not being "fun" at work wins legal battle, nobody has to be fun now
I'm A Celeb public outcry after Matt Hancock makes it into the final
You may also like
3 days ago
The original sequel for Bruce Almighty sounds absolutely bonkers
4 days ago
The Batman has a confirmed date for streaming in Ireland
5 days ago
Prime Video has just added 20 very big movies to its library
5 days ago
Released 20 years ago today, this Bond movie changed its ending following the events of 9/11
6 days ago
Netflix has just added 10 big movies to its library
6 days ago
15 years ago today, "the most shocking ending ever" arrived in cinemas
Next Page