To celebrate the release of Kick-Ass 2 in cinemas this week, JOE looks at the evolution of one of the series’ most popular characters – Hit-Girl.

Created by John Romita Jr. and Mark Millar, Hit-Girl originally appeared in the Marvel comic Kick-Ass series as a supporting character but soon rose in popularity to have a comic book all of her very own.

This popularity spurt was probably as a result of people realising that they really, really, REALLY liked the idea of a 12-year old vigilante kicking the absolute bejaysus out of men four times her size.

END_OF_DOCUMENT_TOKEN_TO_BE_REPLACED

Trained by her bat-shit crazy and Batman-inspired father, Damon Macready AKA Big Daddy, Mindy Macready, AKA Hit-Girl, is a killer vigilante who packs a powerful punch for such a pint-sized person. As the image above states, just think John Rambo meets Polly Pocket. 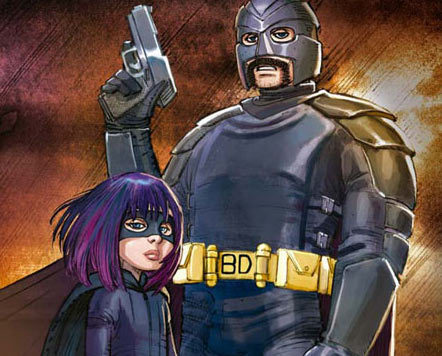 Her ass-kicking ability comes as no surprise, as some of the original inspiration for her character comes from Sigourney Weaver’s portrayal of Ripley in the Alien series.

Chloë Grace Moretz has since been famously cast in the badass dual role of Mindy and Hit-Girl and has really made the character her own with a couple of crackin’ performances on the big screen.

Here are some of JOE’s favourite Hit-Girl moments from the first two films so far...

Kick-Ass – Hit-Girl’s assault on the bad guy penthouse. People never think how things affect the family of a  henchman...

And Hit-Girl already looks like she’s up to her old tricks of pulling no punches in this clip from the sequel, Kick-Ass 2:

popular
Gardaí warning people not to make unnecessary journeys in anticipation of Storm Barra
Man dies after being attacked by newly calved cow in Mayo
Carlow woman banned from keeping animals for life after starving dogs to death
A terrific crime thriller is among the movies on TV tonight
The JOE Movie Quiz: Week 131
NUI Galway criticised for in-person exams as Students' Union cite Covid concerns
An underseen Keanu Reeves adventure is among the movies on TV tonight
You may also like
3 days ago
TG4 reveals its very impressive line-up of Christmas movies
3 days ago
Alec Baldwin says he does not feel guilt over film-set shooting of Halyna Hutchins
4 days ago
The movie described as "Showgirls in a convent" has a tentative Irish release date
4 days ago
Six must-watch movies coming to Irish cinemas this December
4 days ago
One of 2021's most overlooked movies and 7 more movies and shows to watch this week
4 days ago
Here are all the movies on RTÉ this Christmas
Next Page