JOE of the Jungle – our favourite jungle survival movies

Directed by action supremo John McTiernan and starring Austrian Oak Arnold Schwarzenegger, Predator tells the story of an elite special forces team, led by ‘Dutch’ (Schwarzenegger), on a dangerous mission to rescue hostages from guerrilla territory in Central America. Unbeknownst to the group, they are being stalked and hunted by a technologically advanced form of extraterrestrial life, the Predator. 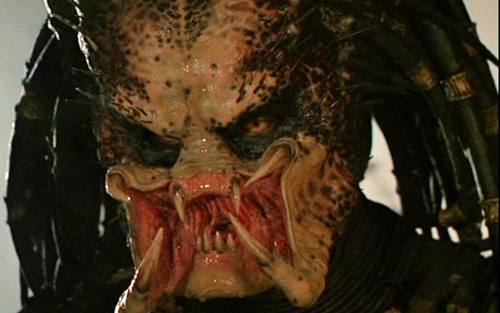 END_OF_DOCUMENT_TOKEN_TO_BE_REPLACED

With that charming looking fellow in mind, JOE decided to take a look at some of the best jungle and forest cinematic survival films that also happen to be jam-packed with plenty of ploop-your-pants moments.

So smear yourself in wild boar feces and fashion yourself a homemade spear as JOE takes you into the heart of darkness...

END_OF_DOCUMENT_TOKEN_TO_BE_REPLACED

Speaking of Heart of Darkness, the first classic film on our list was actually inspired by Joseph Conrad’s 1899 novella of the same name. It is of course, the fantastically philosophical Apocalypse Now.

Coincidentally, ‘Heart of Darkness’ was also the nickname of one of JOE’s ex-girlfriends but we don’t really like to talk about her...

END_OF_DOCUMENT_TOKEN_TO_BE_REPLACED

It. Is. Class. And deep. And terrifying. And brilliant. So watch it.

Check out Robert Duvall as Lieutenant Colonel Kilgore in all his shirtless, cowboy hat-wearin’, napalm-lovin’ glory:

Apocalypse Now is so good that it even has the power to make other films better by mere association. Take this brilliant Apocalypse Now/Wall Street Sheen-astic scene from Hot Shots! Part Deux as the perfect example:

The Cabin In The Woods

Super scary and fantastically funny in equal measure, the meta movie that is The Cabin In The Woods expertly parodies the cabin-in-the-woods horror genre made famous by films like The Evil Dead, The Blair Witch Project and Cabin Fever.

Written and directed by Buffy alumnus Drew Goddard (with the living legend Joss Whedon on board as co-writer),  The Cabin In The Woods tells the story of five friends who travel to a remote cabin for a get-away holiday. Goddard and Whedon ingeniously begin to subvert the genre and its tropes as the friends soon become victims of a stereotypical horror movie plot, all the while being observed through hidden cameras by mysterious, mischievous horror technicians who work at The Facility. Oooooooooooh...

Starring Chris ‘a sight for Thor eyes’ Hemsworth, the brilliant Richard Jenkins and Bradley ‘is that a fat Josh from The West Wing’ Whitford, The Cabin In the Woods is the story you think you know, but you ain’t seen nothin’ yet...

Never mind being one of the best films set in a jungle with plenty of ploop-your-pants moments, Steven Spielberg’s Jurassic Park is simply one of the greatest films ever made.

Ever since JOE first saw the masterpiece in the cinema back in 1993, we’ve remained terrified of velociraptors and rightly so. We don’t care what the science-fact books say, these terrifying "six foot turkeys" DO exist and they’re out there, waiting for us. Clever girl...

Next time you take a pleasant drive through your local forest park and happen to be chased by a giant, rampaging T-Rex, just remember Jeff Goldblum’s wise words of advice, “must go faster...”

Plus, any mention of Jurassic Park means that JOE ineveitably gets to include John Williams’ immense theme tune, melodica style.

"WHAT’S WRONG WITH YOU YOU STUPID WOLVES!? Don’t you know that Liam Neeson has recently re-invented himself as an ass-kicking action hero? Haven’t you seen Taken!? Don’t you know that his very particular set of skills involves beating the crap out of wolves with glass tied to his hands!?"

That’s exactly what JOE shouted at the wolves onscreen while watching the excellent 2011 adventure drama, The Grey, starring the Irish man mountain that is Liam Neeson.

Of course, the wolves couldn’t answer us because they’re wolves and they can’t speak.

But they also couldn’t answer BECAUSE LIAM NEESON HAD KILLED THEM ALL AAAGGGHHHHHHHHHH!!!!!!!

And last but not least,

What? It’s incredible. And that bit, with the guy, with the threatening, and the sexy animated fairy, and the tree-cutting, with the evil force? Terrifying.

Face it, the threat of ecological turmoil on our planet, as seen through the eyes of tiny talking fairies, is way more scary than any alien assassin ever could be. Topical JOE.

So there you have it film fans, JOE's favourite jungle cinematic survival movies inspired by Predator. 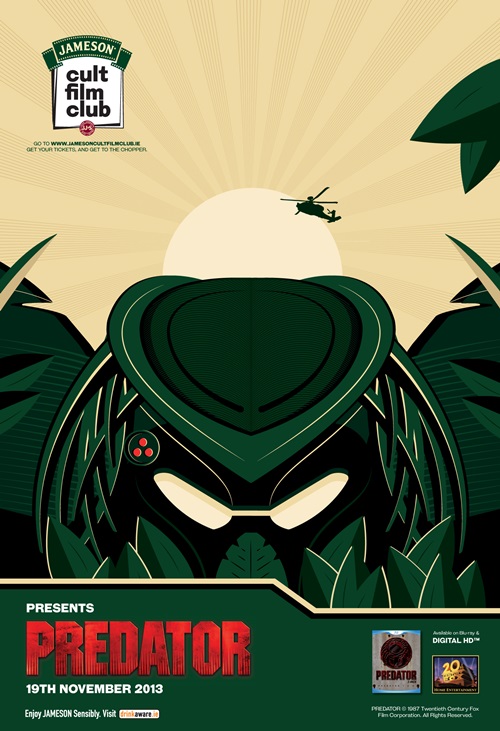 popular
Netflix has just added 23 very big movies to its library
The JOE Friday Pub Quiz: Week 308
Fine Gael announces special screenings of Michael Collins movie in 19 cinemas across Ireland
One of 2022’s best hidden-gem comedy series is available to stream
Controversial influencer Andrew Tate banned from Instagram and Facebook
Two Irish people arrested in "smuggling event" near Miami
Pilots fly over destination airport at 37,000 feet because they were both sleeping
You may also like
5 days ago
FBI release findings of Rust investigation after shooting of Halyna Hutchins
6 days ago
25 years ago, Sylvester Stallone delivered his best performance in a hard-hitting crime drama
1 week ago
Joker sequel reportedly to cost three times as much as the original
1 week ago
Disney+ has just added 10 big movies to its library
1 week ago
The Sweatiest Movie Quiz Of All Time
1 week ago
The new Love Island and 8 more new movies & shows to watch this weekend
Next Page