JOE's Top 10 TV characters who definitely deserve their own film

We know you're reading this Hollywood, make it happen.

Following on from the news that Ricky Gervais will be bringing his most famous character, The Office's David Brent, to the big screen, we've decided to have a little fun here at JOE HQ and have come up with our Top 10 favourite TV characters who we think definitely deserve their own film.

And no, Blanche from The Golden Girls didn't make the cut unfortunately. Sorry folks.

END_OF_DOCUMENT_TOKEN_TO_BE_REPLACED

JOE imagines that any film about Len... erm, sorry, Bishop Brennan, would be a fly-on-the-wall documentary charting his "interesting" time in America.

The movie would probably show how the Bishop got trapped in a New York lift with all those rabbits eating his cloak, his time sipping champagne with models in hot tubs and, most importantly, how he fell in love and started a family in California.

Upon his return to Limerick, he has to deal with a local priest who was accused of stealing money from a Lourdes charity. Don't worry Hollywood, we already have a title for the film... Arse Biscuits.

To be honest, people would probably come from Gdansk to see that film.

END_OF_DOCUMENT_TOKEN_TO_BE_REPLACED

Let's just forget that Season 4 of Arrested Development was ever made, OK?

Instead of making more episodes, the creators should just give GOB his own film where he travels to Hollywood, on his trusty Segway of course, in an epic quest to ensure that the world takes him and the Alliance Of Magicians seriously.

This film has endless potential because it could include dead birds, exploding lighter fluid, singing puppets and some heart-warming montages of GOB reconnecting with the son that he really wants to ignore forever.

If anyone on this list is really going to be given their own film then it's probably going to be the undisputed king of Hollywood.

Vinnie Chase and the boys may be having all the fun, but Tinseltown belongs to Ari. This film should be a romantic comedy where Ari gives naive, clueless and annoying couples some timeless relationship advice.

If you were to place the greatest boss in the history of time AKA Ron Swanson from Parks and Recreation, into an epic Man vs Nature film like Alive, The Grey or Cast Away, then the following things would happen:

1) He would never want to come back because to him this scenario is like a holiday 2) If he did return, it would be with the best steak and breakfast food imaginable and 3) The place where he was abandoned would soon be privatized.

Remember guys, the Swanson pyramid of greatness caters for all situations...

Idris Elba is the coolest man alive. Fact. Trust JOE, we actually found this out up close and personal. Not only is the supremely talented actor content with playing Stringer Bell AKA one of the most iconic characters in TV, but he has also starred in some major films.

28 Weeks Later, American Gangster, Thor, Prometheus and Pacific Rim spring to mind, but what we really want is to see his tortured genius John Luther on the big screen. If you haven't watched the show then you're in for a treat.

Serial killers, hammers, petrol, knives, snipers, the occult and a main character that's nuttier than squirrel crap. It must be a comedy right? 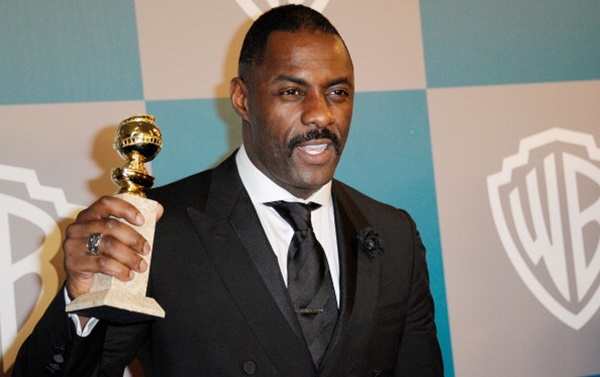 We would like to see Mad Man Roger Sterling cast as the newest member of the Channel 4 News Team in Anchorman 3.

Think about it; the man is a heavy drinker, a womanzier, he doesn't care about pumping his guns and he's fairly liberal when it comes to dropping acid.

He would be perfect as Ron's older brother, Tom Burgundy.

Who wouldn't be interested in looking at the adventures of a lothario in his day? We imagine that Bela was probably just like Charlie Sheen in his prime. How about an Irish re-imagining of The Hangover, but set it in the late 1970s?

There are only four people that we could possibly cast; Marty Whelan, Johnny Logan, Marty Morrissey and the man himself, Jim Bartley... 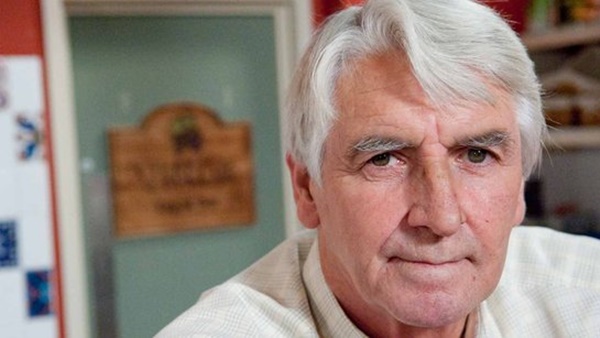 The Hound and Arya (Game Of Thrones)

The only characters that we could imagine as a pairing because it's obvious that they care about each other *cough cough*.

JOE pictures them as a rogue pair of maverick cops in a 1970's police film who have both been kicked off the force because they don't play by the rules.

We can already hear that epic voice-over guy saying, "He is a cop that was burned by the others... literally. She is a rookie detective that wants revenge. Together they are... Arya and the Hound." 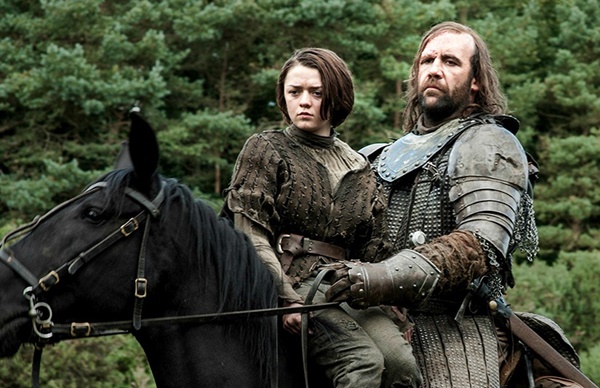 Douglas Reynholm (The IT Crowd)

There are endless possibilities for a film about a rich, insane man who has a robot hand and electric sex pants.

We would like to see what he got up to during his seven year absence before he returned to the world of IT in the most epic way possible. We  imagine that it involved some misunderstood yet hilarious sexual harassment lawsuit, spaceology and his estranged ex-wife.

So guys, what do you think? Is there someone else who you would rather see in their own film? Let us know in the comments below.

The Big Reviewski || JOE · The Big Reviewski with Ray Liotta, Goodfellas facts & Tom Hanks making us cry
popular
The 50 most iconic songs of all time* have been revealed
PICS: The man with the biggest penis in the world has one unbelievable problem with it
The five best true crime documentaries to watch on Netflix this weekend
BBC reporter Phil McCann responds after going viral
Melissa McCarthy's most-overlooked comedy is available to watch at home this weekend
Jason Byrne forced to cancel tour dates due to a heart condition
The JOE Friday Pub Quiz: Week 262
You may also like
5 days ago
Midnight Mass review: Netflix's new series is a slow-burn drama ending in all-out horror
1 week ago
The Ultimate Dwayne "The Rock" Johnson Quiz
1 week ago
Gunpowder Milkshake has the makings of a perfect Friday night movie
1 week ago
A brilliant Irish psychological thriller and 5 more movies and shows to watch this week
1 week ago
Y: The Last Man star Ben Schnetzer on his brand new show, love for Diane Lane and pandemic productions
1 week ago
Stephen King has some amazing things to say about Netflix's new horror series
Next Page