We also had to ask about what it was like working with Beyoncé, because we're only human!

Or you might know Jon Favreau from the MCU.

He has popped up several times as Tony Stark's head of security Happy Hogan.

Or maybe you know Jon Favreau from his acting roles in Swingers, or The Wolf Of Wall Street, or I Love You Man, or the movie version of Daredevil.

But behind the scenes, Favreau has been making a name for himself with a hugely impressive directorial C.V.

Did you know he directed the hit Will Ferrell comedy Elf? Or that he directed the first two Iron Man movies? He also has some great hidden-gems, specifically the food-porn comedy-drama Chef and Jumanji spin-off Zathura: A Space Adventure, that show off his fantastic versatility.

Off the back of his hugely successful live-action adaptation of The Jungle Book (for which he will next be making a sequel), Disney gave him the chance to remake The Lion King (read our review here), and he promptly jumped at the chance, filling out the voice-cast with a magnificent array of talent.

JOE was lucky enough to sit down with him in the run-up to the release of the movie, and we chatted about everything from the obvious magnificence of Beyoncé, to remaking a modern classic that is "only" 25 years old (as opposed to The Jungle Book, which was 50 years old when he remade it). 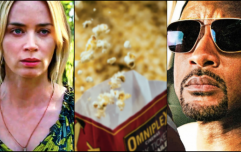 END_OF_DOCUMENT_TOKEN_TO_BE_REPLACED

But one of the major talking points was his approach to the villainous Scar.

In the 1994 version, Scar is now seen as a bit of a classic Disney camp villain (see also: Ursula, Jafar, Cruella de Vil, Gaston), voiced with eyebrow-arched perfection by Jeremy Irons, but with a push for realism in the new version, out of all of the characters, Scar has gone through the biggest changes.

"It was interesting, because sometimes we'd do the exercise of running the dialogue from the original film against our picture," Favreau tells us. "And it does not marry well. It was very bizarre seeing Scar's dialogue coming out of the mouth of this photo-real lion.

"But Chiwetel Ejifor has that Shakespearean theater training, and Scar is a bit of an amalgam of not just the villain from Hamlet, and Iago, but even the whole pantheon of Shakespearean villains, even more so than the Disney villains.

"So having Chiwetel bring a much more dimensionalised version to this, and also making the storyline a bit more complex, where there is some sort of relationship between he and [Simba's mother] Sarabi, and that almost falls upon the Hamlet routes as well.

"So we tried to add dimensions and tried to plumb the depths as well of how we keep consistent with people's expectations of the old one, but also bring a new characterisation to some of the characters that didn't hold up as well in this medium."

Check out our full chat with him right here:

The Lion King, the 2019 version!, hits the big screen in Ireland from Friday 19 July.

In case you haven't watched it yet, check out the full trailer below: