Taylor is a national treasure.

Released in Irish cinemas in late October 2018, Katie was a fantastic documentary. If you missed it in the cinema, or just wanted to watch it again, it was aired on RTÉ on Tuesday night.

And if you did love it, you definitely weren't alone. 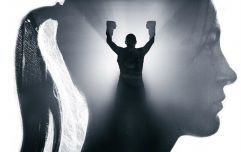 END_OF_DOCUMENT_TOKEN_TO_BE_REPLACED

But it wasn't just the critics who loved it, everyone who tuned in last night seemed to love it too:

The #Katie Taylor documentary is incredible for showing the nuance, the pain and the grit of a world-class athlete.

Watch it on player if you're not watching it now.

There is a real role model for kids, a hard working athlete, honest, humble woman, never let the fame change her. Forget your reality stars, Katie Taylor is a true hero #Katie

My success in the ring doesn't mean as much as my integrity. The most powerful revealing statement off all from the legend that is @KatieTaylor #Katie #RTEOne

Katie Taylor , what a fuckin gem to our country she is ❤️❤️❤️

You can read our review of the documentary here.

popular
Netflix has just added an incredibly tense 97-minute thriller
Prime Video has just added 25 very big movies to its library
QUIZ: Name all the counties of Ireland that contain 3 vowels or more
Irish people could be treated to spectacular sights in the sky over the next few nights
Four Irish food businesses were served with closure orders in July
Eamon Ryan's mother dies in tragic accident on family holiday
A great underseen action thriller is among the movies on TV tonight
You may also like
3 months ago
Katie Taylor describes defeating Serrano as the "best moment" of her career
1 year ago
Eddie Hearn heaps praise on Katie Taylor, calling her "the role model"
2 years ago
Katie Taylor has absolutely no time for KSI and Logan Paul as they headline boxing event
3 years ago
Brilliant new Katie Taylor mural unveiled at Dublin bar
3 years ago
Plans to build a statue of Katie Taylor are gathering pace
3 years ago
Calls are growing for a Katie Taylor statue
Next Page