More moving than a Stark reunion.

END_OF_DOCUMENT_TOKEN_TO_BE_REPLACED

During the Game of Thrones finale, we couldn't help but get slightly agitated when Tyrion Lannister asked those assembled at the Dragonpit: "Who has a better story than Bran the Broken?"

Throughout the course of eight seasons, Jon Snow went from being the Bastard of Winterfell to Lord Commander of the Night's Watch.

In doing so, he learned from some of the wisest and most noble characters in Westeros like Ned Stark, Jeor Mormont, Mance Rayder, Aemon Targareyn (a man whose arc Jon would closely follow) and even Ser Alliser Thorne... in his own weird way!

END_OF_DOCUMENT_TOKEN_TO_BE_REPLACED

After fighting the army of the dead at Hardhome and being murdered by the Night's Watch, Jon was brought back from the dead to reclaim The North for House Stark in the Battle of the Bastards.

There's also the small issue that he's actually Aegon Targareyn, heir to the Iron Throne and rightful King of the Seven Kingdoms.

Add to that the fact that he fought during the battles of Winterfell and King's Landing, he scaled The Wall, he saw his lover (Ygritte) die in his arms, he killed The Mad Queen - a woman that turned out to be his aunt/lover - and was able to fly on the back of a dragon. 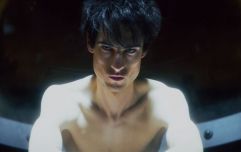 END_OF_DOCUMENT_TOKEN_TO_BE_REPLACED

During one of Maester Aemon's most famous scenes with Jon Snow, he urged the Lord Commander to “kill the boy, Jon Snow. Winter is almost upon us. Kill the boy and let the man be born”.

Well, in some ways, you could say the exact same of Kit Harington because Game of Thrones has been a colossal part of his life. When he started the show, he was just a young man and now, he's one of the most famous faces in the world.

Aside from being the first major role that he landed, Harington also met his wife on the show (Rose Leslie) and it helped launch his career into the stratosphere.

During the recent behind-the-scenes documentary, Game of Thrones: The Last Watch, the documentary cameras were present to film Jon Snow's last scene and things got very emotional.

Earlier in the production on Season 8, beloved Thrones extra Andrew McClay gifted Harington a production jacket to mark his final day as a member of the Night's Watch. On his final day of shooting, Harington arrived wearing the jacket and things got even more teary-eyed from there.

After that speech ends, it's the turn of Jon Snow and he doesn't disappoint.

"I feel like my heart is breaking. I love this show, more than, I think, anything," he says.

"It has never been a job for me. It's been my life, and this will always be the greatest thing I'll ever do and be a part of. And you have been, just, my family. I love you for it, and thanks so much."

Game of Thrones: The Last Watch airs at 9pm on Sky Atlantic on Monday (27 May).