If it is anything like last year's show, then we are already expecting great things.

Around this time last year, the Late Late Show put out a call for singletons to come forward and potentially find love thanks to Tubs and his show's producers.

2018's Valentine's episode had some lovely moments, including James Hennessy proposing live on air to his partner Siobhán Hiney, or Colette and Michael Lakes on how they first met: 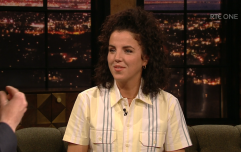 END_OF_DOCUMENT_TOKEN_TO_BE_REPLACED

However, most of that night was given over to just how rambunctious the actual audience was, between everyone collectively losing their minds to the lead singer from T'Pau performing their hit single 'China In Your Hands', to when Ryan came out to a rowdy chorus of 'Ole! Ole! Ole!'.

It was fantastic television, and we're looking forward to it happening all over again. 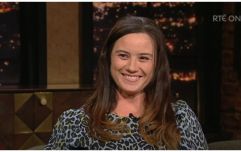 END_OF_DOCUMENT_TOKEN_TO_BE_REPLACED

Ryan Tubridy said: "We want to hear from anyone who is looking for a little romance in their lives. In this age of dating apps and social media, we’re going back to basics and want to spark some love – on live TV! As always, the show will be great fun, and you never know, there could be someone for everyone in the audience."

So if you're single and up for a laugh, just head here to fill out the application form, and let the producers know a little about your single life, why you are looking for love and what the dating scene is like in Ireland.

popular
A fun '90s action flick is among the movies on TV tonight
QUIZ: Can you name whether all these Irish towns are west or east of the River Shannon?
Ticket prices for concerts set to rise due to inflation
Tax energy companies' profits to help with cost of living crisis, says think-tank
HSE establishes team to monitor monkeypox as virus cases more than double in UK
The JOE Friday Pub Quiz: Week 295
You may also like
1 month ago
Marty Morrissey gives heartbreaking account on the Late Late of his mum's death following a road crash
2 months ago
Taoiseach calls Putin "an evil man" as Late Late Show raises €2m in Ukraine fundraiser
3 months ago
The Late Late Show hit with formal complaint after Friday night's episode
3 months ago
Lisa Fallon praised as she opens up about terrifying ordeal on Late Late
4 months ago
Musicians pay moving tribute to Ashling Murphy on Late Late show
5 months ago
Charlie Bird cried "tears of joy" over public's response to his Late Late interview
Next Page