The Late Late Toy Show makes ABSOLUTELY no sense, and that's why it's perfect

Since 1975, this showcase of the year's most popular Christmas toys has captured the Irish imagination. In 2017, it averaged 1.2million viewers — making it the most watched television show of the year.

There is no family resemblance between The Late Late Show and its yuletide offspring.

The Late Late Show is one of a kind. There aren't many talk shows where the host is required to switch tones between interviewing a White House aide, a leading Irish sports star and a victim of cystic fibrosis all in the space of an hour. But that's the kind of kaleidoscope Ryan Tubridy is contending with every week.

From slamming Peter Casey on travellers' rights one minute to having a laugh with Mario Rosenstock the next. Interrupting the raucous, drunken Valentine's Day episode to do a segment on drug death. It's a mess. It follows no pattern whatsoever, and it likely only still exists in its current form thanks to its captive audience of older people in rural areas.

Tubridy himself, in a recent appearance on Ireland Unfiltered, told JOE's Dion Fanning how he'd like to change the format.

The Late Late Toy Show, on the other hand, is magic.

The Late Late Toy Show is nothing like its progenitor. The strained banter of Irish celebrities, which is an oxymoron, is replaced by the charming, awkward chaos of children. The couch and desk cleared to leave the stage strewn with toys, and the professional broadcaster tasked with overseeing trying to manage a Montessori madhouse.

In many ways, The Late Late Toy Show is the ultimate punishment for anyone who has ever wanted to be taken seriously as a journalist. And that's what makes it so sweet. The idea that to land the top broadcasting job in Ireland, once a year, you have to take charge of a creche live on air. Imagine if we'd made Vincent Browne do it. Imagine if the English made Paxman do it.

Beyond shepherding the children, and talking to them, the host also has to MC performances from the Billy Barry kids, some of whom are surely old enough to know that this is not going to play well when they get to secondary school. 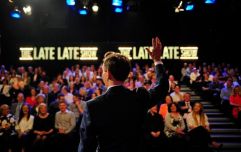 END_OF_DOCUMENT_TOKEN_TO_BE_REPLACED

That's without mentioning the fine balancing act of bigging up the celebrity guests who honestly aren't quite famous enough for the kids to be properly excited about, but definitely are famous enough that RTÉ can't afford to make them look irrelevant.

And sometimes the guests aren't famous at all.

Clip via Hit The Snake

Throughout history, the show has had three hosts.

Despite his edge, Gay Byrne had a kind of surface-level warmth to him. His successor, Pat Kenny, gave the impression of a board member who was secretly planning to oust the children from their family's company.

To watch Pat Kenny nowadays, hosting presidential debates and demanding answers from future leaders of the country, or to reflect on him ripping up a set of tickets to The Late Late Show on air in a fit of rage, it is very hard to imagine him having the patience to watch children struggle to play with toys for about three hours.

And yet that's the task we gave him. It is almost nightmarish to think that out there must be thousands of people in their 20s whose fondest Christmas memories involve Pat Kenny. 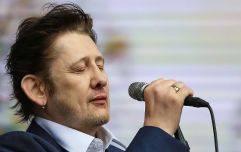 END_OF_DOCUMENT_TOKEN_TO_BE_REPLACED

The same is true of Tubridy. A man who'd definitely much rather be sat in the radio booth chatting to a John F. Kennedy scholar is given the duty of entertaining the nation's children on the most important night of their year, bar Christmas Eve itself.

And yet, for all this, you can guarantee that every child on Ireland will want to tune in. Who knew that the formula for making children unfailingly happy involved Ryan Tubridy?

The most-watched show of the year in Ireland. #LateLateToyShow pic.twitter.com/xOxmokxRVc

And what about us? The bitter, childless 20 and 30-somethings settling in to watch it, vodka and whiskey and cans at the ready for self-devised drinking games, not just in Ireland but all over the world.

Sure, we're watching with some degree of nostalgia. But more than that, we are watching it in the hopes that something will go wrong. Horribly and unforgettably wrong. The creation of a cultural moment that we can share in forever. Another puzzle piece in our society's spiritual jigsaw.

We rely on these misadventures to inform an essential part of our identity. The part of us that thrives on mockery, and mischief. All under the guise of festive joy and playing with toys.

Irish people rely on this. A man slipped on the ice eight years ago and you can still use that fact as an ice breaker with any Irish person you meet in any situation. We used to be the kings of the Eurovision but now we send turkeys and strange twins. The best football team we ever had was torn apart because we couldn't send bibs and training balls to the World Cup on time. These are the calamities that define Ireland as a nation that defies logical explanation.

The Late Late Toy Show occupies the same space. Indeed, it defines that space. We have learned to revel and bask in our country's inexplicable nature.

The Late Late Toy Show is how we have reclaimed the nonsense for our own.


popular
The 50 most iconic songs of all time* have been revealed
Here's the lineup for this week's Late Late Show as Ryan Tubridy returns
Here's Week 27 of JOE's 19 in 90 quickfire quiz
Patient in Covid-19 ward spat towards nurses on "four to six occasions"
Debenhams to permanently close all of its Irish stores
People think they've figured out the ranking of the viewers on your Instagram Stories
This Irish raffle is giving you the chance to win a €250,000 Ferrari
You may also like
1 week ago
Ryan Tubridy has tested positive for Covid-19
4 months ago
Ryan Tubridy shares details of Gay Byrne tribute on tonight's Late Late Toy Show
5 months ago
There are some big names on this week's episode of The Late Late Show
5 months ago
Ryan Tubridy "gobsmacked" by demand for Toy Show tickets
5 months ago
"Absolutely precious" peace in Ireland must not be threatened - John Bercow
6 months ago
If Ryan Tubridy cared about Greta Thunberg, he'd actually bother to listen to her
Next Page