With Ireland's Euro 2020 qualifier against Switzerland and the second episode of Dublin Murders vying for your viewing habits this Tuesday evening, it's worth noting that the penultimate episode of BBC's Spotlight on The Troubles: A Secret History is also on the box.

After primarily focusing on IRA activity earlier in the series, recent episodes have switched the focus to the violence perpetrated by loyalist paramilitary groups like the Ulster Volunteer Force (UVF) and Ulster Defence Association (UDA).

Collusion between the British state, local police and paramilitary groups has also been examined thus far.

In Tuesday night's episode, the Spotlight team allege that police provided UVF leader Billy Wright with information to help his gang target and murder 40 Catholics. In an interview, Laurence Maguire, a convicted killer, claims that the police were frequently in contact with Wright.

As reported by the BBC, Maguire says that Billy Wright, known as King Rat by some, told him that intelligence about targets "was coming from police officers working with him".

"The PSNI told BBC Spotlight there should be no hiding place for any officer who broke the law and any evidence of wrongdoing should be independently investigated," the BBC report reads.

"About half the gang's victims are thought to have had connections to the IRA or Sinn Féin."

The programme also interviews two senior security sources who support Maguire's allegations. They state that Wright was an agent of the British state and that he was working for the police and the army.

Wright and his predecessor as UVF leader in mid-Ulster, Robin Jackson, were arrested for the murder of two brothers, Gerard and Rory Cairns, at Bleary in 1993. 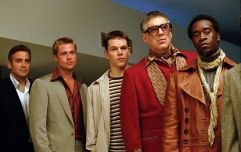 END_OF_DOCUMENT_TOKEN_TO_BE_REPLACED

After no-one was charged for the murders, the Cairns family complained to the Police Ombudsman because they believed that the two UVF men "were being protected".

The official synopsis for the latest episode states that the show will disclose "revelations from the Northern Ireland conflict".

"Loyalists killed more people than the IRA in the closing years of the Troubles," it continues.

"Through an insider in one of the most notorious killer gangs, Mandy McAuley discovers that not only was the Ulster Volunteer Force carrying out more attacks, it was also deliberately targeting families of Irish republicans. Revelations about the murders of two young brothers lead to calls for the investigation into the killings to be reopened."

Spotlight on The Troubles: A Secret History will be broadcast on BBC One NI and BBC Four at 9pm and will be available afterwards on BBC iPlayer.

Spotlight on The Troubles: A Secret History@mandy_mcauley reporting


popular
The JOE Movie Quiz: Week 54
The footage of the SpaceX Falcon 9 rocket landing on a drone ship is well worth viewing
The JOE Music Quiz Week 14
Two arrested as 40 youths obstruct Gardaí in Salthill, Galway
Here are the best movies on TV this evening
QUIZ: Can you recognise the Black Mirror episode from still image?
The JOE Friday Pub Quiz: Week 193