It's Friday which can only mean one thing, yes, the JOE Friday Pub Quiz will be coming along a little later, but for now, why don't you try out last week's as a little teaser for what's to come.

But it also means it's Late Late and Norton day, so here's what's in store for the two shows

END_OF_DOCUMENT_TOKEN_TO_BE_REPLACED

Ryan Tubridy will be joined tonight by one of Ireland's favourite sons: the one and only Marty Morrissey. He made friends with Bernard O'Shea (of Bridget and Eamon) on last year's Dancing With The Stars, and the pair are teaming up again for Marty and Bernard's Big Adventure where they'll spend a night together in the wild.

Senator Michael McDowell joins Ryan to discuss the current political climate in Ireland, and chats about his new documentary which examines the long relationship between the Catholic church and the Irish state.

Ryan will also be joined by Suzanne Jackson - influencer, businesswoman and creator of the So Sue Me brand. She'll be talking about the role that online influencers play in modern day society.

Music will be provided by Irish pop artist Soulé. The show will start at 9.35pm. 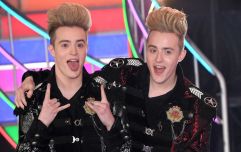 END_OF_DOCUMENT_TOKEN_TO_BE_REPLACED

Over on BBC, Norton will be joined by actors Bill Pullman and Sally Field. The veteran duo will be discussing their West End debuts in the Arthur Miller play All My Sons.

Keeley Hawes, star of Bodyguard, the hit drama which has recently come to Netflix will be on to talk about a possible return to the show. Also on that comfy-looking couch will be Matt Lucas, star of Little Britain who has recently been doing concert performances of Les Miserables.

Music will be provided by the Lumineers. The show kicks off at 10.35pm