As references go, this is a pretty obscure one!

When we attended the global press conference for the show in the run-up to its release, the makers of Loki did reveal that they were specifically influenced by '90s serial killer thrillers during the climatic scene of the show's second episode.

As series director Kate Herron said in the press conference: "Stylistically, me and my cinematographer Autumn [Durald] were really inspired by film noir films, and you can see that in our lighting and how we approached it.

END_OF_DOCUMENT_TOKEN_TO_BE_REPLACED

"Se7en is a very heavy influence. There is a little reference to Se7en in episode two, a little needle drop which I'm sure fans of that film will recognise instantly."

However, while the Fincher vibes are obviously on display, we noticed an even deeper cut.

On the very first episode of TBR Spotlight: Loki [LISTEN from 32:00 below], Eoghan and Rory discuss the very specific references in this particular scene...

END_OF_DOCUMENT_TOKEN_TO_BE_REPLACED

So, as you'll know from the climatic scene of the second episode, Loki and TVA are hunting for the Variant in a supermarket in the middle of a hurricane in the year 2050. The scene is all low-lighting, low angles, and creepy music. 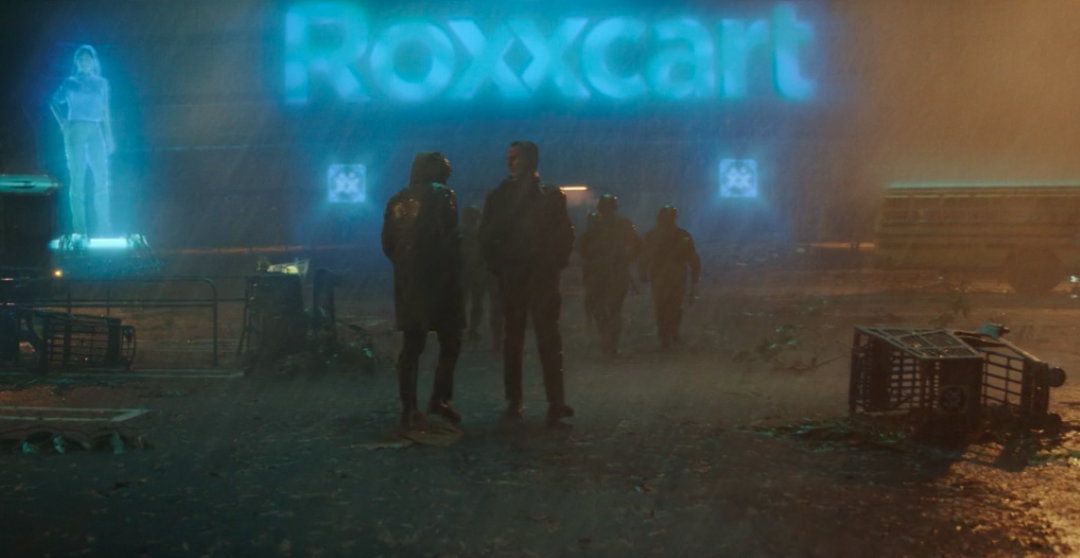 However, once inside, they finally locate the Variant and we realise that they have a new power, one that is similar to the mind-controlling power that was used in 2012's Avengers movie, but here, they don't need an Infinity Stone to make it work.

Somehow, the Bad Loki is able to transfer their control from one host body to another, simply by touching...

END_OF_DOCUMENT_TOKEN_TO_BE_REPLACED

The Good Loki (he isn't good, but for the sake of clarity, that is what we'll call him for now) then watches and continues the conversation with the Bad Loki, as they transfer control from one body to the next, like a soul-hopping demon.

Or, to put it more precisely, like the exact plot from Denzel Washington's 1998 supernatural serial killer thriller, Fallen.

In that movie, Washington plays a detective who is chasing after a serial killer who has discovered the ability to transfer his controlling soul from one body to the next, simply by touching someone...

Here it is in action in that movie:

Despite being released in the height of the '90s love-affair with stylish serial killer thrillers, and despite a very stacked cast - on top of Washington, it also starred James Gandolfini, Donald Sutherland, John Goodman and Embeth Davidtz - it was a total flop, both critically (40% on Rotten Tomatoes) and commercially ($25 million box office from a $46 million budget).

So it is entirely understandable that you may have completely forgotten about Fallen, or simply had no idea it ever existed. But we're guessing that the makers of Loki sure didn't.