Everyone's favourite guilty pleasure is set to be a good one tonight as Millie will be heading out of the villa to meet Lillie to discuss Liam's Casa Amor antics.

Love Island will air for two hours tonight as contestants are set clash in an explosive episode, including Love Island and Love Island: Aftersun.

Following Friday's heated episode, which saw the aftermath of Casa Amor - Liam Reardon is set to attempt to make amends with Millie Court after kissing Lillie Haynes. Warning: Spoilers ahead.

END_OF_DOCUMENT_TOKEN_TO_BE_REPLACED

After Liam attempts to apologise to Millie, whom he had been romantically involved with over the last number of weeks on the show before being sent to Casa Amor for a number of days, Millie asks him for space.

Later in the episode, in a move that is very rare for the ITV show, Millie is set to be sent out of the villa to meet with Lillie to discuss Liam's behaviour while he was out of the main villa.

Lillie says: “I just want to apologise if I came across as abrupt or anything like that last night. I’ve been true to myself the whole time I’ve been here and I couldn’t stand there and be quiet.”

“I want to get your point of view. What happened? Start to finish really, how he spoke to you, how you got on," Millie replies.

As Lillie reveals what really happened in Casa Amor the question for many Love Island fans will be if Millie is able to forgive Liam - or if a recoupling could be on the cards in the near future.

Fans of the ITV reality show will also get to see if Faye Winter and Teddy Soares are able to reconcile after Casa Amor left the 'couple' on rocky terms.

Meanwhile, Kaz Kamwi is set to confront Tyler Cruickshank for recoupling with Clarisse Juliette, which led Kaz to recouple with Irish contestant Matthew MacNabb after receiving a postcard that gave her a heads up about Tyler and Clarisse's budding romance. 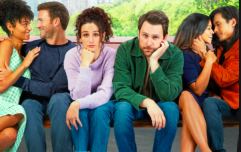 END_OF_DOCUMENT_TOKEN_TO_BE_REPLACED

Kaz is set to accuse Tyler of playing "the biggest game" during the heated argument, with many fans wondering if the pair will be able to reconcile their differences, or move on and start fresh with their new partners.

The show will then be followed by a forty-minute After Sun special to dissect the show, meaning fans can look forward to two hours of drama tonight.

popular
Amazon Prime Video has just added 16 big movies to its library
13 reasons why an employer can decline your right to remote working under new legislation
Neil Young wants Spotify to remove his music because of Joe Rogan podcast
Prince's team stop Nothing Compares 2 U being used in new Sinead O'Connor doc
UCD students provided with €30 gift voucher after toilets were contaminated with wastewater
QUIZ: We bet you can't get full marks in this extremely frustrating geography quiz
China gives Fight Club a new ending, manages to completely change the plot of the movie
You may also like
4 days ago
The 10 must-watch new (and old) arrivals coming to Disney+ in February
5 days ago
The ultimate Friday night film and 6 more movies and shows to watch this week
1 week ago
David Jason says he wants to play Del Boy in Only Fools And Horses again
1 week ago
Peaky Blinders stage show debuting in 2022
1 week ago
One of the greatest Marvel movies ever is among the movies on TV tonight
1 week ago
Tim Allen returning for The Santa Clause series on Disney+
Next Page