Martin Scorsese is a very busy man lately. He hit the news earlier on in the week for reuniting Goodfellas, Joe Pesci and Robert De Niro back together for The Irishman.

Now, the director is teaming up with his old buddy, Leonardo DiCaprio, for a film adaptation of a true-crime thriller called Killers of the Flower Moon: The Osage Murders and the Birth of the FBI. 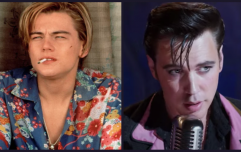 END_OF_DOCUMENT_TOKEN_TO_BE_REPLACED

According to Variety, Scorsese’s longtime production designer, Dante Ferretti, said Scorsese hopes to start shooting Flower Moon in the spring of next year.

Flower Moon is based on David Grann's bestselling book. Grann is a staff writer for the New Yorker and is the author of The Lost City of Z.

Imperative has the rights to this movie which cost a reported $5 million to get, and the script is being currently looked over by Eric Roth of Forrest Gump and Benjamin Button fame.

It's a phrase thrown around a lot but Scorsese and DiCaprio are a dynamic duo. Anytime they get together, they concoct up something special. 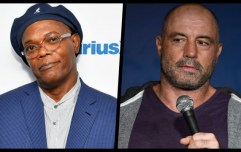 END_OF_DOCUMENT_TOKEN_TO_BE_REPLACED

(Don't believe me? Just watch Gangs of New York, The Departed, The Aviator and The Wolf of Wall Street).

They had been eyeing up this project for the last few months and if it's anything like the movies above, it's going to be another classic.

However, this project will be shelved for the time being so that Scorsese can turn his full attention to The Irishman.

Netflix has secured the rights to the film where De Niro plays The Irishman, who is a hit man who gets caught up in a murder scandal.

The movie is the ninth time Scorsese and De Niro have worked together.

popular
QUIZ: Can you identify the famous song from the opening line?
Here's how to make €9-11 on Revolut in just a few minutes
Man arrested on suspicion of the murder of Irish man in London
New car-free town with population of 85,000 set to be built in Dublin
Deer spotted on road between M11 and M50 as drivers urged to take care
Galway City Council street cleaners claim Lotto jackpot worth over €5.5 million
Elderly Irish man stabbed to death on mobility scooter in London
You may also like
7 months ago
One of DiCaprio's finest films is among the movies on TV tonight
7 months ago
The discourse around Don't Look Up is funnier than the movie itself
7 months ago
Netflix viewers are missing post-credits scene after Don't Look Up
8 months ago
Amazon Prime Video has quietly added 8 big new movies to its library
2 years ago
Leonardo DiCaprio responds to claims he helped start the Amazon fires
2 years ago
Brazil's President seems to accuse Leonardo DiCaprio of starting the Amazon fires
Next Page