There might not be a third season of Mindhunter, after all

The popular Netflix true crime series is in limbo.

In news that warrants a forensic investigation of its very own, Mindhunter may be done and dusted after just two seasons.

Headed up by David Fincher, the Netflix true crime drama has attracted both a loyal following and strong critical praise since it first arrived in October of 2017. 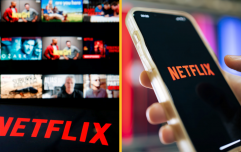 END_OF_DOCUMENT_TOKEN_TO_BE_REPLACED

Fans had to be patient for season two, which didn't materialise until August of 2019.

Both seasons ended on something approaching a cliff-hanger with plenty of story still to tell as well as an overlapping series-long narrative tease and talk that the show would hopefully last up to at least five seasons.

As it turns out, this may have been wishful thinking.

A report in Deadline states that Mindhunter's future is in doubt with Netflix allowing the options of the cast - including lead stars Jonathan Groff, Holt McCallany and Anna Torv - to lapse.

END_OF_DOCUMENT_TOKEN_TO_BE_REPLACED

In basic terms, that means that the cast are no longer under any contractual obligation to the show and are free to pursue other projects. Not a great sign.

Netflix's appraisal of the situation doesn't offer much in the way of hope, either, with a spokesperson telling Deadline that scheduling conflicts forced the network's hand.

"David is focused on directing his first Netflix film Mank and on producing the second season of Love, Death and Robots,” the spokesperson said in a statement.

"He may revisit Mindhunter again in the future, but in the meantime felt it wasn’t fair to the actors to hold them from seeking other work while he was exploring new work of his own."

Furthermore, Deadline notes that there has been "no meaningful communication" between Netflix, Fincher and the cast regarding a third season.

popular
Nicola Bulley's phone found by the river 'could be a decoy', diving expert suggests
Teenager killed in shark attack after swimming with dolphins in Australia
The Last Of Us Episode Five will premiere days earlier in Ireland and UK
Amazon Prime Video has just added 21 big movies to its library
One of the best crime thrillers ever is among the movies on TV tonight
5 years ago, Hollywood took a massive gamble on a huge sequel... and lost big time
Shock as blues singer beats Adele, Beyonce and Taylor Swift to win Song of the Year Grammy
You may also like
5 days ago
Netflix has just added one of the funniest shows of the last 10 years
5 days ago
Netflix unveils first details of new anti-password sharing measures
1 week ago
All of the new Netflix movies and shows arriving in February
1 week ago
Netflix defends Squid Game reality show as three people receive medical treatment
1 week ago
New Netflix series deserves to be as big as Stranger Things
2 weeks ago
Joe Exotic responds to Carole Baskin claims that her ex-husband has been found alive
Next Page