Who is Monica's engineer friend in WandaVision? We've whittled it down to five suspects

We won't have long to wait to find out, but until then, we've made some very educated guesses.

WandaVision has left us rattled after each and every episode, with so many questions left cruelly unanswered each and every week, but one of the biggies we've been left with after the most recent episode is who exactly is Monica Rambeau's engineer friend??

The basis of our educated guesses are the following:

END_OF_DOCUMENT_TOKEN_TO_BE_REPLACED

One - We know they're an engineer. While the MCU is overflowing with geniuses, not too many would be known purely as engineers, which helps whittle it down some.

Two - Monica refers to them as "my guy". Now, that could be a colloquialism, and might be intended as non-gendered, but we're guessing Monica means it literally, and it is a man. Which means we're ruling out Riri Williams (genius engineer getting her own Disney+ show Ironheart), as well as the unnamed daughter of Talos, who Monica first met as a child in Captain Marvel.

Three - They're actually a known character. If Monica goes over the ridge and meets her guy and its just... some guy...? No. Disney wouldn't do that to us.

So, with all of those criteria, here are the five finalists we've got for who we're likely to be meeting in the next episode...

The internet is in a bit of a frenzy at the moment, with everyone really wanting Monica's mate to be Reed Richards, aka Mr. Fantastic from the Fantastic Four. As we already know, Disney and Marvel are in the process of making a new Fantastic Four movie, but the cast has not yet been announced, so it seems extremely unlikely that it will be revealed in WandaVision. Having said that, the Marvel Multiverse didn't seem likely to be revealed in this show either, so you never know for sure.

Another small (but brilliant) point is that everyone is dream-casting John Krasinski as Richards, and Krasinski starred in hit sit-com The Office, with that talking-to-the-camera aspect going to be front-and-centre of Episode 7 of the WandaVision. Plus, who played Fake Jim in an episode of The Office? None other than Randall Park, who plays Special Agent Jimmy Woo in WandaVision.

To be honest, that use of "guy" is why we're discounting it from being Sue Storm, but it could also be another member of the wider Fantastic Four universe... 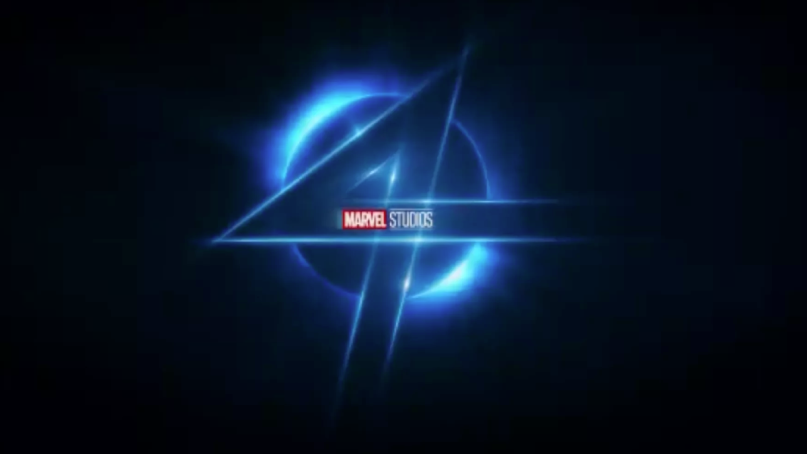 The villainous genius who ends up as the primary antagonist against the Fantastic Four is also an engineering genius in his own right, so this could be our way to meet him. We'd like to think that the smart people in Marvel and Disney might give him a slightly different name - nobody named Von Doom was ever going to end up a good guy - but if he gets caught up in WandaVision's gene-altering business, it could be the set-up for how he ends up becoming a bad guy.

Once again, the internet is going loco with guessing the cast, and the smart money is on Giancarlo Esposito, who is both already a part of the Disney+ world (thanks to The Mandalorian), and considering the recent events around his character in that show, also has a newly opened slot in his work schedule. 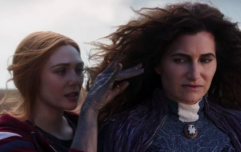 END_OF_DOCUMENT_TOKEN_TO_BE_REPLACED

This might make a certain amount of sense, considering WandaVision has already given us one of the X-Men cast with Quicksilver (aka Wanda's brother), albeit not the Quicksilver that we knew as Wanda's brother. That would mean that we shouldn't expect to see Nicholas Hoult or Kelsey Grammer in the role, because that was the Hank McCoy of the other reality, so we could get to see whomever might be playing Hank McCoy in this reality. Still with us? Good.

While McCoy does have a history of being a bit of genius, having created the X-Wing and Professor X's Cerebro machine, we do think that doubling down on the X-Men introduction into the MCU seems unlikely. Especially when there is someone already much closer to home...

War Machine. Tony Stark's BFF. While the movies entries haven't really delved too deep into Rhodes' past beyond being a pilot, the comics do tell us that he is also a brilliant engineer. Additionally, remember when Monica got her friend to make a drone to enter The Hex for them, and Director Hayward somehow managed to attach a missile launcher to it? So it is someone who is already connected to the SWORD world, someone that Hayward would allow to send their drone in because he trusts them. It stands to reason that Rhodes, as a soldier and a non-superhero, would have that trust.

Plus, Marvel have already announced that Rhodes will be getting his own Disney+ show - Armor Wars - in the not-too-distant future. So it all lines up, with the only con being that Rhodes has already been confirmed to appear in The Falcon and the Winter Soldier, arriving in March, and would Disney really want to put him in two of their shows so close together?

"Who?", we hear 99.99999% of you ask. Good question. Brashear would be a total unknown to anyone who doesn't read the Marvel comic books, where he is better known as Blue Marvel, a slowly-ageing hero with super-strength, flight, super-speed, and energy manipulation, all caused by a (you'll never guess) scientific experiment gone awry. Also, in the comics, Adam and Monica are a couple, which adds to the fanbase believing it might be him.

Of course, the problem here is that if WandaVision is setting up Blue Marvel, who isn't all that well known, why are they being so secretive about it? The constant nods of "my guy" won't have casual viewers very excited if they eventually reveal a character they've never heard of. Although, to be fair, casual viewers had no idea who Thanos was when he was hinted at during the post-credits scene of The Avengers, and look how that turned out.

House of Rugby Ireland · Munster and Leinster's final showdown, card crazy and Pieter-Steph du Toit interview
popular
Two Irish cities named the friendliest in Europe by leading travel magazine
RTÉ confirms Eoghan McDermott will not be returning to 2FM
Met Éireann has issued a weather warning for seven counties
Happy 25th anniversary to the best mid-movie plot twist of all time
Abercrombie & Fitch to permanently close Dublin store
Creators of The Wire returning to Baltimore for police corruption drama
QUIZ: Which countries are home to the New Seven Wonders of the World?
You may also like
11 hours ago
Warner Bros. is releasing three big movies for home rental this week
1 day ago
Happy 25th anniversary to the best mid-movie plot twist of all time
1 day ago
QUIZ: Can you name all these characters from Futurama?
1 day ago
The JOE Movie Quiz: Week 92
2 days ago
Emile Hirsch gives the latest on the potential for a Speed Racer sequel
2 days ago
20 of the best sci-fi movies you can watch at home right now
Next Page