Fans of Marvel have A LOT to get excited about...

2020 was the first time in over a decade that we went a year without a single Marvel project on our screens, due to... well... some very obvious reasons.

END_OF_DOCUMENT_TOKEN_TO_BE_REPLACED

All the details are correct at the time of the writing, but as with all things in this day and age, everything is subject to change.

The Falcon and the Winter Soldier Finale!

Yep, the very last episode of The Falcon and the Winter Soldier arrives this Friday. We'll wrap up everything to do with the Power Broker and the Flag Smashers and Sharon Carter and Sam and Bucky and the whole lot! If you haven't already, check out our breakdown of the latest episode of the show right here:

END_OF_DOCUMENT_TOKEN_TO_BE_REPLACED

Another much-loved character who has died (in Infinity War), but has already been brought back to life thanks to time-travel and alternate timelines (in Endgame), Loki finds himself on the run from the Time Variance Authority, who make it their mission to fix problems on the timelines, up to and including eradicating the source of those problems.

Having first appeared in Iron Man 2, we've been waiting a while for Black Widow to get her own movie, and she has literally had to die for that to happen. We go back in time a bit, and are introduced to Natasha's extended family, but whether or not this will rewrite the events of Endgame remain to be seen.

END_OF_DOCUMENT_TOKEN_TO_BE_REPLACED

Shang-Chi and the Legend of the Ten Rings

The MCU's first Asian lead will see Simu Liu play the titular hero, Marvel's master of kung-fu. And yep, even though the movie is currently out in just five months, we still don't know the plot, or seen a trailer for it.

This animated series will feature the voice work of many of the major MCU actors, but will show alternate timelines which will take us down some very interesting avenues. What if it was Peggy Carter who was injected with the serum instead of Captain America? What if T'Challa was the young boy nabbed by Yondu instead of Peter Quill? What if...?

Marvel's first Muslim lead sees Iman Vellani take on the role of Kamala Khan, a superfan of superheroes who becomes imbued with her own superpowers.

This will focus on Kate Bishop (Hailee Steinfeld) learning from Clint Barton (Jeremy Renner) in order to take on the mantle of Hawkeye for herself, and will apparently feature Florence Pugh reprising her role as Black Widow's sister.

An epic-sounding space movie, involving a group of immortals - including Angelina Jolie, Bryan Tyree Henry, Salma Hayek, Barry Keoghan, and Richard Madden - who basically had a hand in the creation of all known civilisations. Quite how they'll tie that into the MCU we already know remains to be seen. We recently chatted to cast member Bryan Tyree Henry about working alongside Keoghan on the Marvel epic:

Following on from the events of WandaVision (more on that here), we'll apparently see Tom Holland facing off against characters from Tobey Maguire and Andrew Garfield's runs as Spider-Man, as Peter Parker attempts to survive a multiverse attack, which will lead us directly into...

Doctor Strange in the Multiverse of Madness

... Doctor Strange doing pretty much the exact same thing. Sam Raimi (director of the Maguire Spider-Man movies) is on board for this one, which is getting everyone excited for a stronger horror element, because he also directed Evil Dead back in the day. Wanda (Elisabeth Olsen) will also reportedly play a key role in the action. 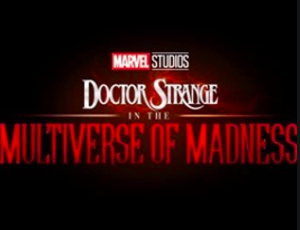 Thor is teaming up with Star Lord - the Asguardians of the Galaxy! - in what will likely begin as a hunt for Gamora (who went missing at the end of Endgame), but will eventually bring them face to face with Gorr the God Butcher, played by Christian Bale.

Following the tragic passing of Chadwick Boseman, MCU head honcho Kevin Feige confirmed that they wouldn't be recasting the role of T'Challa, which has many believing that his younger sister Shuri (Letitia Wright) to take up the title. It is all speculation at the moment, though.

Not much is known about the sequel, beyond the fact that Brie Larson will be back in the lead role, while Kamala Khan (from Ms. Marvel) and Monica Rambeau (from WandaVision) will also feature.

Ant-Man and the Wasp: Quantumania

Following on from the time-travelling events of Endgame, this threequel will reunite the entire Ant-Man cast (including Michael Douglas and Michelle Pfeiffer), and will introduce viewers to Kang The Conqueror (played by Jonathan Majors), one of the most iconic villains in the entire Marvel comic book history. 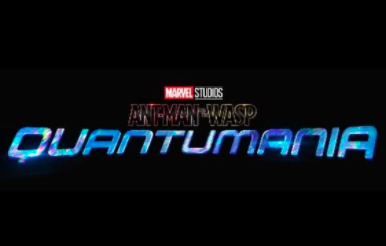 Oscar Isaac is reportedly being lined-up for the title role, a superhero with dissociative identity disorder, caused by becoming the physical manifestation of Khonshu, the Egyptian God of the Moon. Sounds.... different, for sure.

In the comics, Jennifer Walters (played by Tatiana Maslany here) is a cousin to Bruce Banner, who gets some of his powers thanks to a blood transfusion. That may or may not also be the case, but Mark Ruffalo will be back as Banner, as will Tim Roth as the Abomination, last seen in the Edward Norton-starring The Incredible Hulk.

The Guardians of the Galaxy Holiday Special

In what is a very expensive wink and nod to the legendarily disastrous Star Wars Holiday Special, the gang are getting back together to tie up some loose ends and fill in some of the plot points that took place after Guardians of the Galaxy Vol.2, and...

Guardians of the Galaxy Vol.3

After heading over to DC to direct the upcoming Suicide Squad sequel, James Gunn has returned to Marvel for this threequel. The plot remains top-secret, so whether it will continue on from their adventures with Thor, or dig into that tease of the arrival Adam Warlock from GOTG2, we'll have to wait and see.

A title that will always look misspelled on this side of the Atlantic aside, this will focus on Rhodes (Don Cheadle), the Iron Man suits, and what will happen to them all in the aftermath of Tony Stark's death.

Two-time Oscar-winner Mahershala Ali has been cast as the half-human, half-vampire, vampire-hunter, and that is literally all we know so far. No director has been named, but Stacy Osei-Kuffour, one of the the writers of HBO's brilliant Watchmen adaptation, has been called upon for script duties.

There was a fear that once Disney bought Fox and took over their members of the Marvel universe, the adult-aimed Deadpool series might not make the family-friendly cut. Turns out that isn't the case, with Reynolds set to return. Between this and Blade, it looks like Disney won't be afraid to take on some of the more grown-up stories from Marvel's back catalogue.

Another of the titles that Disney acquired following the Fox buy out, there have been plenty of casting rumours for Marvel's first family, but the only confirmed detail so far is that Jon Watts (the director of the three Tom Holland Spider-Man movies) will also be directing this. 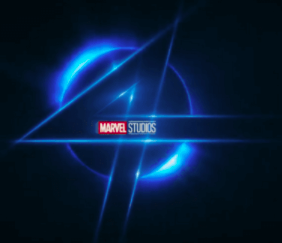 A series of shorts around the walking, talking (sort of) tree, but whether or not Vin Diesel is reprising the role, or if GOTG writer/director James Gunn is still unknown.

In the comic books, Riri Williams (here played by Dominique Thorne) is a teenage engineering prodigy who successfully creates a suit to rival even the power and ingenuity of Tony Stark's. How this will tie in to the MCU arc is still mostly unknown.

Samuel L. Jackson and Ben Mendelsohn reunite after Captain Marvel as Nick Fury and Talos, when a group of shapeshifting Skrulls have infiltrated the very highest ranks of the MCU. Kevin Feige has stated this is the most ambitious project since Avengers: Infinity War and Endgame, so expect to see A LOT of familiar faces in this one. Rumour has it Oscar-winner Olivia Coleman is also on board for a top-secret role.

A spin-off of the Hawkeye series will focus on Maya Lopez (Alaqua Cox) as Echo, a character who is capable of perfectly copying another person's movements and fighting style, making her a formidable adversary. The script is in development by the writer behind Tropic Thunder and Men In Black 3.

Black Panther director Ryan Coogler will also be behind this series which will focus on the technologically advanced home country of the Black Panther, and is also reportedly not the only show that Coogler has in the works with Disney+ within the Marvel universe.

All clips via Marvel

The Big Reviewski || JOE · M. Night Shyamalan, Alex Wolff & Thomasin McKenzie talk about their new creepy thriller Old
popular
Home and Away star Dieter Brummer found dead at 45
The full list of all the new shows and movies coming to Netflix in August
'Romance fraud' investigation finds Irish man defrauded €28,000 on dating website
COMPETITION: Win one of these very cool new Guinness summer furniture kits
Met Éireann issues weather warning for 26 counties
Fáilte Ireland update guidelines for hospitality late on Sunday night
QUIZ: Ignite your brain cells with this testing general knowledge quiz
You may also like
2 days ago
One of the best thrillers of the last ten years is among the movies on TV tonight
2 days ago
Two great new airplane-set thrillers to enjoy at home this weekend
2 days ago
Six big movies arriving in 2021 that we haven't got trailers for yet
2 days ago
These are the ten most-watched Netflix original movies of all time
3 days ago
Netflix's new true crime documentary explores one of Britain's most notorious serial killers
4 days ago
Love Island hit with 1,500 complaints over contestant Danny Bibby
Next Page