It launched a terrific franchise.

Exhausted from Christmas preparations and shopping? Me too.

Thankfully, you can kick back on the sofa tonight (Tuesday, 14 December) with one of these fine flicks airing on the box. 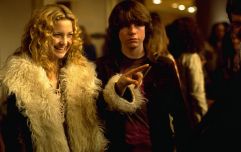 END_OF_DOCUMENT_TOKEN_TO_BE_REPLACED

In our pick for tonight, Keanu Reeves plays the titular legendary hitman who comes out of retirement to track down the gangsters that killed his dog.

The original John Wick vastly surpassed expectations upon its release in 2014 thanks to its hard-hitting yet crisp action pieces and its impressive screenplay, which manages to build its own unique world while making its lead character feel like both man and myth.

Thanks to these elements and Reeves at his most charismatic, it's no surprise it launched a franchise that will see its fourth film released next year.

A very silly but entertaining sequel to the 2009 G.I. Joe movie, Retaliation is notable for casting Bruce Willis as the original G.I. Joe.

A forgettable Jason Statham action sequel that is airing on the channel alongside another forgettable Statham vehicle, Chaos, which starts at 10.55pm.

Hugh Jackman stars in this early 2000s action-thriller as an ex-con targeted for recruitment into a bank robbery conspiracy because of his formidable hacking skills.

Avatar's Sam Worthington stars in this 2018 sci-fi thriller about a family in the near future who participates in an experiment into man's genetic evolution in space.

The one with Dennis Quaid.

With the upcoming Spider-Man: No Way Home receiving great early reviews, why not revisit Tom Holland's first lead outing as the web-slinging superhero.

Mel Gibson stars as a man who is out for, you guessed it, Payback.