Here are the 10 best movies on TV this Monday

Until the big day.

Until that day, on that day and beyond, there will be one constant - movies.

Here's the best around on this Monday 16 December...

Nicole Kidman and Matthew Broderick headline this mid-2000s remake in which a seemingly idyllic town holds sinister secrets beneath its perfect surface.

END_OF_DOCUMENT_TOKEN_TO_BE_REPLACED

Liam Neeson steps into the shoes of Oskar Schindler in Steven Spielberg's compelling Oscar-winning account of a hero in German-occupied Poland during World War II.

Legitimately shocking documentary that provoked a big reaction when it first aired on TV earlier in the year. The less you know going in, the better.

Hey, remember when Plan B tried to be a film star? 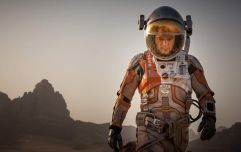 Here are the 20 best movies on TV this Saturday

END_OF_DOCUMENT_TOKEN_TO_BE_REPLACED

Kate Beckinsale leads the line in this knowing comedy about a widow and her schemes.

Tremendous and terrifically silly vision of the future that pits Sylvester Stallone's thawed-out super-cop against Wesley Snipes' charismatic cartoon character of a villain.

What's with Channel/Film 4 sticking good Rooney Mara films on in the dead of night?

Here, she begins an intense relationship with Cate Blanchett that seems destined to end in tragedy.


popular
QUIZ: How many of these Derry Girls characters can you name?
Sinn Féin announce a series of public rallies to take place in five counties
Brendan Gleeson's upcoming performance as Donald Trump is 'scary' and 'too close for comfort'
How well do you remember these classic PlayStation 2 games?
QUIZ: Can you name the Sega Mega Drive game from the screenshot?
The JOE Friday Pub Quiz: Week 179
5 new Netflix additions to spend your weekend watching
You may also like
1 day ago
Five years on, the director of Carol talks about the impact that movie has left behind
1 day ago
See Sharon Horgan's brand new movie before anyone else in this one night special Premiere event
1 day ago
Elisabeth Moss discusses mastering "the Elisabeth Moss stare"
1 day ago
COMPETITION: Win free ski lessons AND tickets to see Julia Louis-Dreyfus and Will Ferrell's new comedy, DOWNHILL
2 days ago
Here are the best movies on TV today
2 days ago
The First Wives Club cast are reuniting for a brand new comedy
Next Page