Because she was terrified.

And the people love terror.

We missed Dec's quick wit, we missed Ant in general and most of all, we missed Z-list, E-list and maybe even C-list celebrities being afraid of things in the Australian jungle.

Ah, reality TV. It doesn't get better than this.

And yesterday's instalment was no different either, because in true opening night fashion, each of the celebrities faced their first jungle-based challenge - simply entering the camp.

Girls Aloud's Nadine Coyle was among them - as she would want to be considering she is taking part in the series this year. 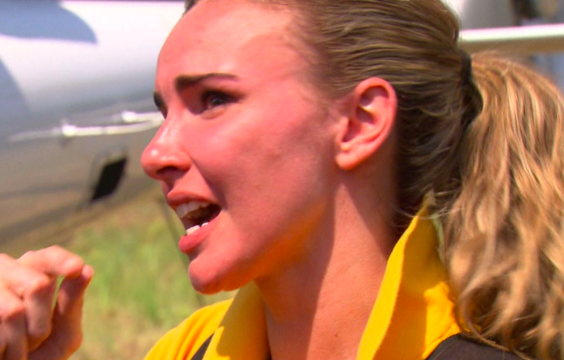 Nadine, however, has stated previously that she is scared of everything. That includes heights, and dropping from a great height, naturally.

So when she got a glimpse of what was coming (dropping out of a plane from a great height), she was, understandably, scared.

END_OF_DOCUMENT_TOKEN_TO_BE_REPLACED

Weeping softly while staring up at the plane, Nadine was asked by Caitlyn Jenner if she was alright.

Saying that she was OK, but feeling "a bit sick," Caitlyn reassured Nadine that once she had done the sky dive, she'd feel amazing.

And afterwards she did feel pretty good, so fair play.

Viewers at home were quite taken with Nadine's entrance, as the singer proved that she is, as always, an icon - and that she's probably going to go ahead and win the whole show.

They were also quite delighted by the intense bond and beautiful friendship that appears to already be forming between Nadine and Caitlyn. 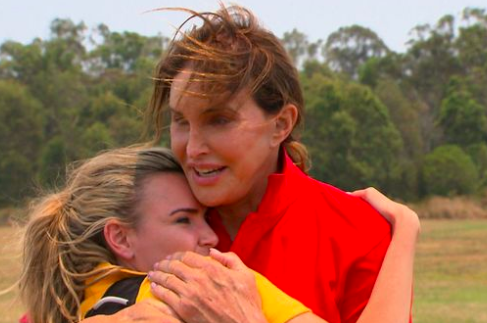 Nadine and Caitlyn sisterhood evolving I’m so happy to see it #ImACeleb pic.twitter.com/VqES3Xja1I

Anyway, the girls got to the ground, all was well and the rest of the show continued on as normal.

Afterwards, Kate Garraway and Caitlyn were voted to compete in tonight's bushtucker trial, giving Nadine the break she well and truly deserves.


popular
Here are Ireland’s favourite takeaways, as per the National Takeaway Awards
Met Éireann forecasts risk of sleet and possibly snow in parts of Ireland this weekend
New documentary series examines three brutal murders and a mysterious satanic cult
QUIZ: Week 16 of JOE's 19 in 90 quickfire quiz is here
Maria Bailey has announced she will not run in the general election
QUIZ: How many of these Recess characters can you name?
Noel Rock asked for less alcoholic beer to be sent to the Mansion House just as his Fianna Fáil rival was elected Lord Mayor
You may also like
5 hours ago
Haunting of Hill House star says the sequel will be more intense than Season 1
1 day ago
The creators of Star Trek: Picard put to rest one of the biggest fears fans might have about the show
1 day ago
Sky's new true crime documentary series examines a very sinister murder theory
1 day ago
HBO's documentary series about the Atlanta Child Murders to air in April
3 days ago
15 new documentaries you should be watching on TV in 2020
4 days ago
Here are the brand new TV shows you'll be addicted to in 2020
Next Page