Following the "disappointing" box office of prequel/spin-off Solo: A Star Wars Story - so far $350 million at the worldwide box office, which is only about a third of what Rogue One made - Disney have reportedly put all other Star Wars prequels and spin-offs on hold while they try to figure out why this one turned out to be a bit of a financial dud.

There was a Boba Fett movie apparently in pre-production, with James Mangold (Logan) behind the camera, but that is apparently on ice, as is the Obi-Wan Kenobi movie (most likely with Ewan McGregor back in the role), set to be directed by Stephen Daldry (Billy Elliott, The Crown). 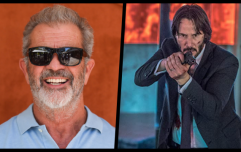 END_OF_DOCUMENT_TOKEN_TO_BE_REPLACED

However, The Playlist are reporting that the reason why the Obi-Wan movie is being reassessed is because it is no longer being aimed towards a cinematic release.

About a year ago, we reported that Disney were planning to launch their own streaming service, lined up to be in direct competition with Netflix.

That would mean that all Disney, Pixar, Marvel and Star Wars movies would only be available on this new service, and if you remember, Disney were also recently looking to buy out 20th Century Fox, which would also massively bump up their exclusive titles.

So what does all of this have to do with Obi-Wan Kenobi?

Well, in much the same way that Netflix have managed to get some big exclusive movie releases - Bright, Annihilation, Mudbound- the reports state that Disney would be looking to launch their new streaming service alongside the exclusive release of the Obi-Wan Kenobi movie.

That would likely mean a massively decreased budget (which is also probably why Daldry is reported to have left the project), but with Jon Favreau's (The Jungle Book, Iron Man) live-action series also heading for the streaming service, it would make a certain kind of sense, and would be a fantastic way to attract a lot of customers away from Netflix.

But would Star Wars fans be happy about seeing one of their favourite characters only getting the small screen service? Watch this space... (Geddit? Space?)

The Big Reviewski || JOE · The Big Reviewski with Andy Serkis, Squid Game follow-ups & the return of Succession
popular
An underrated Denzel Washington thriller is among the movies on TV tonight
The 50 most iconic songs of all time* have been revealed
Halloween Kills review: One of the most violent horror movies Hollywood has made in years
PICS: The man with the biggest penis in the world has one unbelievable problem with it
Colder weather ahead as polar maritime airmass settles over the country
RSV outbreak in children "more contagious than Covid", says GP
People think they've figured out the ranking of the viewers on your Instagram Stories
You may also like
8 hours ago
QUIZ: Can you get full marks in our tricky Succession quiz?
19 hours ago
10 things I learned while rewatching the first two seasons of Succession
1 day ago
All the trailers dropped by DC: The Batman, The Flash, Shazam, Aquaman, Peacemaker and more
1 day ago
The 10 best insults from the first two seasons of Succession
1 day ago
The JOE Movie Quiz: Week 124
2 days ago
A modern classic from Quentin Tarantino is among the movies on TV tonight
Next Page