Denis Villeneuve's Prisoners teases out the age-old question, 'how far would you go to protect your family?'

That is the question being asked by Prisoners, which sees two families pushed to the absolute edge when two young girls suddenly go missing while playing outside their home.

The acting talent on display with the two families is hugely impressive - Hugh Jackman, Terrence Howard, Maria Bello, Viola Davis - which helps ground the movie as Jackman's character decides to take things further into the abyss when he feels that the police aren't doing enough to find his daughter. 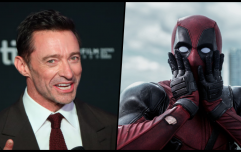 END_OF_DOCUMENT_TOKEN_TO_BE_REPLACED

On the other side of things, Jake Gyllenhaal plays the detective in charge of the case, who puts Paul Dano in his sights as his primary suspect, despite having no real evidence to go on.

These two connected but separate stories do eventually collide in violently surprising ways, and we go back to the question... How far would you go to protect your family?

Directed by Denis Villeneuve (Sicario, Arrival) with cinematographer Roger Deakins behind the lens, Prisoners might be one of the most visually arresting thriller since Se7en (it was even nominated for Best Cinematography at the Oscars that year, losing out to Gravity), and it is clear why they re-teamed for Blade Runner 2049.

Combined with a twisty-turny plot that will have you guessing constantly, and a slew of great performances for some actors at the top of their game, it is no wonder this film ended up on so many Top Ten lists come the end of 2014.

END_OF_DOCUMENT_TOKEN_TO_BE_REPLACED

"In less talented hands, the story could lapse into the maudlin. But Villeneuve, director of the Oscar-nominated Incendies, seems to know just how far to go," wrote Jocelyn Noveck of the Associated Press in reviewing one of the most underrated thrillers in recent years.

Prisoners is on TV3 tonight at 9pm.

popular
Amazon Prime Video has just added 21 big movies to its library
Here is a list of every Bank Holiday in Ireland in 2023
The 50 most iconic songs of all time* have been revealed
One of the best crime thrillers ever is among the movies on TV tonight
Mark Hamill on the one piece of dialogue he got removed from the original Star Wars
5 years ago, Hollywood took a massive gamble on a huge sequel... and lost big time
Woman dies from hypothermia after telling doctor she 'couldn't afford heating'
You may also like
2 months ago
Chris Evans has been named the 'Sexiest Man Alive' for 2022
1 year ago
QUIZ: See if you can identify these famous Hugh Jackman movies from just a single pic
3 years ago
WATCH: Hugh Jackman brought an Irish dad on stage last night and fans went wild
3 years ago
WATCH: “I’ve waited 50 years for this one.” Hugh Jackman drinks Guinness for the first time on Irish soil
3 years ago
Hugh Jackman confirms that The Greatest Showman 2 is looking likely, but there's some worrying news for fans
3 years ago
Hugh Jackman opened the Brit awards with The Greatest Show and audiences loved it
Next Page