The show is going live in Dublin with the help of Lisa Hannigan.

David Attenborough's popular Netflix documentary series Our Planet is set to be reimagined as a live show.

Set for Dublin's 3Arena on Friday 16 October, 2020, Our Planet Live in Concert will combine highlights from the award-winning series with brand new arrangements in order to create an "immersive journey".

The two-hour live show will feature a 66-piece orchestra alongside live vocals from Lisa Hannigan.

Three giant screens, meanwhile, will present Our Planet's incredible cinematography, while perhaps best of all, Attenborough's familiar and delicate narration will act as a guide throughout.

All net profits from the live project will be donated to the World Wildlife Fund's global Our Planet education and awareness initiatives. 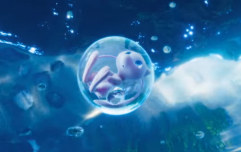 END_OF_DOCUMENT_TOKEN_TO_BE_REPLACED

These include providing a wealth of educational materials for schools and young people, based on the series, with the aim to inspire and motivate the next generation to protect our planet.

Tickets priced from €67 including booking fee go on sale at 9am on Friday 29 November via Ticketmaster and usual outlets nationwide.


popular
Downton Abbey creator confirms plans to start work on a sequel
QUIZ: How many of these Recess characters can you name?
QUIZ: How many of these characters from Breaking Bad can you name?
The 50 most iconic songs of all time* have been revealed
WATCH: Trailer released for CG remake of Pokémon: Mewtwo Strikes Back
Disney+ has brought forward its launch date in Ireland and confirmed its price
20 employees in Cork suspended from work for their Christmas party behaviour
You may also like
1 day ago
Season 5 of Better Call Saul will see the return of two beloved Breaking Bad characters
2 days ago
Penn Badgley on the 'really strange' way they work Joe's voiceovers in while filming You
3 days ago
WATCH: Netflix release powerful trailer for true-life murder mystery Lost Girls
3 days ago
Here are the brand new TV shows you'll be addicted to in 2020
5 days ago
Netflix's new crime thriller The Stranger looks excellent
5 days ago
There might not be a third season of Mindhunter, after all
Next Page