The actor and director's most famous scene from Ghostbusters inspired many to pay a particularly sweet tribute last night.

In a bid to explain the rather complex world of psychokinetic energy to his fellow Ghostbusters in the original movie, Dr Egon Spengler uses the humble Twinkie.

And with the news that the man who played Dr Spengler, Harold Ramis, had passed away last night, fans of the movie headed to the site of the 'Ghostbusters' house to pay tribute.

The 8th Hook and Ladder firehouse in New York was where the external shots of the Ghostbusters house were shot (the internal stuff was all done in LA) and fans flocked there last night to put down some flowers and candles in memory of Ramis. But more than a few Twinkies appeared among the tributes too, bringing a sense of humour one of the funniest men in movies would have appreciated. 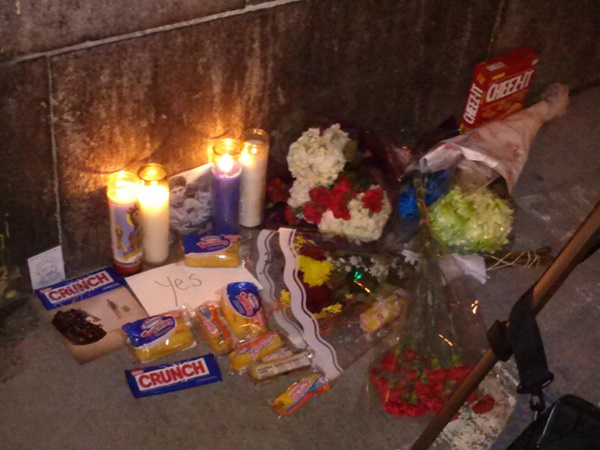 
popular
Study shows it takes men four months of dating before they’re happy to share food with their partner
Tayto have launched two brand new crisp flavours for you to get stuck into
Gardaí launch investigation into four-lane motorway sulky race
Met Éireann issues status yellow rainfall warning for four counties
Here are all the best new titles coming to Netflix in March
It's Week 20 of JOE's 19 in 90 quickfire quiz
The story behind Netflix's latest true crime documentary is absolutely off-the-wall bonkers
You may also like
1 day ago
Ben Affleck reveals he quit Batman role over fears he'd "drink himself to death"
1 day ago
Here are the best movies on TV tonight
1 day ago
In Bruges director will be making his next film in Ireland and the plot sounds great
3 days ago
QUIZ: How well do you know The Wedding Singer?
4 days ago
THE JOE Movie Quiz: Week 41
4 days ago
Here are the best movies on TV today
Next Page