Video: Footage of the moment Myleene Klass got a sweary Irish curse word on Countdown

She has such a way with words...

UPDATE: Someone, most likely a student who's supposed to be revising for exams, went to the effort of recording the moment Myleene Klass got the word 'GOBSHITE' on Countdown yesterday. Well played, mystery student, well played.

END_OF_DOCUMENT_TOKEN_TO_BE_REPLACED

Countdown has had its fair share of dodgy, dirty and downright rude words over the years, but while appearing on the popular Channel 4  show this week, Myleene Klass created a cracking curse word that all Irish people hold dear to the hearts.

Presented with the letters, O, S, I, E, B, T, G, H and D, the English singer, presenter and model opted to go for a "rude one" when she formed the eight-letter word 'GOBSHITE'.

Klass even got the thumbs up from Dictionary Corner's Susie Dent, who described the word as "chiefly Irish" and "vulgar slang".

The potty episode is due to air on Channel 4 at 14.10 today, but here's a sneak peek at the naughty word in question. 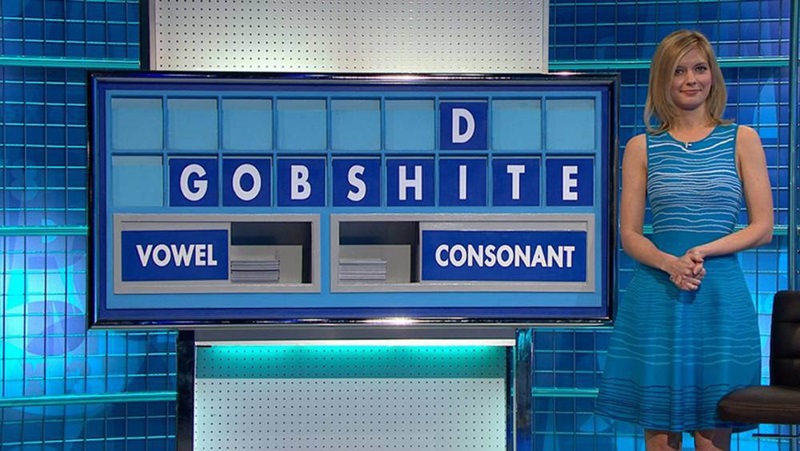 All we got was 'GET'. Some people just have the gift it seems.

Hat-tip to and pic via The Metro.

popular
Jordan Peterson suspended from Twitter over Elliot Page comment, says he won't apologise
The JOE Friday Pub Quiz: Week 301
County where winning Lotto jackpot ticket worth over €5.5 million was sold confirmed
Electric Ireland announces second major price hike in recent months
Parent's Benefit Leave in Ireland is being extended from today - here's what you need to know
The full list of cancelled flights in and out of Dublin Airport on Friday (so far)
Netflix reveals full line-up of new shows and movies arriving in July
You may also like
2 days ago
The 10 best TV shows of 2022 so far
3 days ago
Amazon Prime Video has just quietly added 15 big movies to its library
3 days ago
The first details of Succession Season 4 have been revealed
3 days ago
The 10 must-watch new (and old) arrivals coming to Disney+ in July
4 days ago
Disney+ has just added 13 big movies to its library
4 days ago
6 great new (and classic) additions coming to Prime Video in July
Next Page