Pic: On the 16th anniversary of his death, here’s a lovely caricature of the late Dermot Morgan

It’s hard to believe he’s been gone for so long, but he’ll never be forgotten.

The Irish comedian passed away on this day in 1998, only hours after completing work on the final episode of the final series of Father Ted.

It is for Father Ted that Morgan will be best remembered but he had made a sizeable contribution to Irish comedy prior to the show through the likes of The Live Mike, Scrap Saturday and through his number one hit in 1985, ‘Thank You Very Very Much, Mr Eastwood’.

END_OF_DOCUMENT_TOKEN_TO_BE_REPLACED

Having paid tribute to Morgan on the same day last year by revisiting some of his very best moments from Father Ted, this year we decided to do something different by giving some public exposure to a caricature sent into us today by Anita Foy of Anita Caricatures. 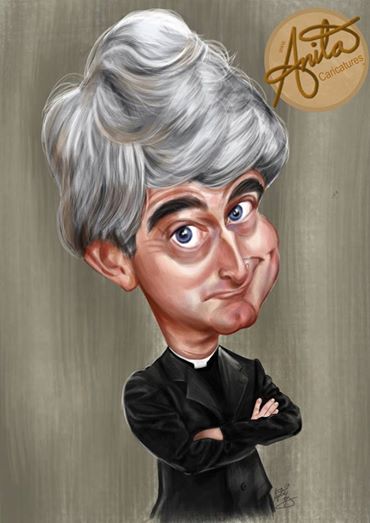 We think it captures both Ted and Morgan pretty well and ought to bring a smile to the faces of the many fans of both Morgan and of probably the greatest Irish comedy of all time.

Thanks to Anita Foy for sending this one our way. To see more of Anita’s work, check out her Facebook page here

The Big Reviewski || JOE · TBR Spotlight: The Falcon and the Winter Soldier Episode Five - 'Truth'
popular
The JOE Friday Pub Quiz: Week 239
Here are the best movies on TV this evening
Aldi to trial loose pasta and rice to reduce plastic waste in the UK
Amazon is spending $650 million just on the first season of their The Lord of the Rings show
Stephen Donnelly says he "couldn't care less" about being mentioned by his department on Twitter
Peaky Blinders star Helen McCrory dies aged 52
Tánaiste Leo Varadkar confirms non-essential retail and salons will open next month
You may also like
1 day ago
President Michael D. Higgins leads the Late Late lineup this week
2 days ago
This Time with Alan Partridge series two confirmed for end of April
2 days ago
What Netflix’s Seaspiracy gets wrong about fishing, according to a marine biologist
3 days ago
Steven Avery's lawyer says nephew Bobby Dassey planted evidence in case
4 days ago
Reeling in the Years was watched by over half a million people last night
5 days ago
Reeling in the Years: How the 2010s are different to any other decade
Next Page