Pics: Superman himself was hanging out in Wicklow over the weekend

Krypton has nothing on Bray.

I imagine that it's not easy being asked to save the world over and over again because even superheroes deserve some time off.

When you think about it, they're just like you and me.

END_OF_DOCUMENT_TOKEN_TO_BE_REPLACED

Except I don't fly, have X-ray vision or wear really embarrassing tights.

Henry Cavill was taking a break from filming Batman vs Superman: Dawn of Justice and he decided to visit Bray to enjoy the Groove Festival.

Here are some photos of the Man of Steel just having the craic with some Irish people in attendance, it seemed like he was in flying form.

It seems that Clark Kent's disguise really isn't working out for him. 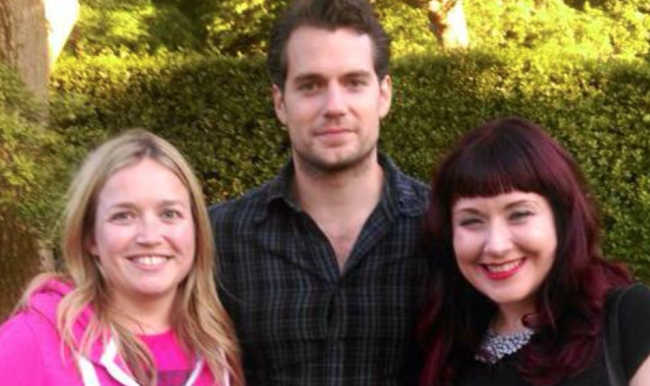 Firstly, is this Henry Cavill? And secondly, why is he in Bray? pic.twitter.com/LBUSi7qU4O

popular
People want "offensive" Crown Paints advert banned after attracting hundreds of complaints
QUIZ: Can you identify the famous song from the opening line?
Here's how to make €9-11 on Revolut in just a few minutes
Man arrested on suspicion of the murder of Irish man in London
New car-free town with population of 85,000 set to be built in Dublin
Galway City Council street cleaners claim Lotto jackpot worth over €5.5 million
Elderly Irish man stabbed to death on mobility scooter in London
You may also like
3 days ago
FBI release findings of Rust investigation after shooting of Halyna Hutchins
5 days ago
Joker sequel reportedly to cost three times as much as the original
5 days ago
Disney+ has just added 10 big movies to its library
6 days ago
The Sweatiest Movie Quiz Of All Time
1 week ago
The new Love Island and 8 more new movies & shows to watch this weekend
1 week ago
WATCH: House of Hammer details the alleged crimes of award-winning actor Armie Hammer
Next Page