He's been praised for his response to it...

Unsurprisingly, one of the lead segments on Good Morning Britain on Tuesday was a discussion about Monday's mass shooting by Stephen Paddock in Las Vegas that left 59 people dead and 527 injured.

Piers Morgan got in a heated debate with pro-gun campaigner Dan Roberts, especially after Roberts said he didn't want to see any gun-law changes following the massacre in Las Vegas on Monday. 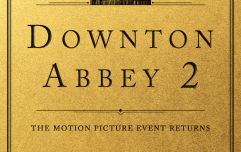 END_OF_DOCUMENT_TOKEN_TO_BE_REPLACED

Morgan ranted at Roberts saying, "Time after time after these massacres, you come on this programme - you used to come on my programme in America - and you look us in the eye and say, 'The only answer is to do nothing - there's nothing wrong with guns, it's the people!'"

He went on to to speak about America's gun laws and questioned what will be done to change the laws?

To which Roberts replied, "We're not going to do nothing, hopefully." When this was met with anger and incredulity by Morgan, Roberts said that he didn't believe in restricting the the rights of hundreds of millions because of the actions of one man.

Morgan then produced a Kinder Egg, and outlined how they were banned in some American states because they're deemed a health hazard, but guns are not.

"I simply say to you Dan, time after time you come on here and you say that the only answer is there's something wrong with people," Morgan said. END_OF_DOCUMENT_TOKEN_TO_BE_REPLACED

"Here we have the archetypal gun holder, but because of your insane gun laws he can arm himself with 42 weapons and mow down 600 people. What are you going to do about it?"

Morgan has been irate since the shootings on Monday as he launched a series of tweets criticising Donald Trump and the American gun laws.

These are banned in America because they're a 'health hazard'.
Semi-automatic rifles are legal. #vegas. pic.twitter.com/SVNxXQieee

How can you claim to protect Americans, Mr President @realDonaldTrump if you do nothing when 550+ people are shot? https://t.co/LfzkbxRult pic.twitter.com/TGw7a6nGRS

popular
Ryanair set to take first delivery of "Gamechanger" aircraft this month
Ice-cream shop owner issues 99 warning amid "worldwide shortage" of flakes
Here are the restrictions being eased today as Ireland continues reopening
The JOE Movie Quiz: Week 102
The 50 most iconic songs of all time* have been revealed
Irish Rail investigating leaking of CCTV footage of violent disorder incident at Howth Junction
QUIZ: How many of these characters from The Simpsons can you name?
You may also like
2 days ago
Al-Jalaa tower block in Gaza is flattened by Israeli airstrikes
3 days ago
Cat jumps from fifth-floor of burning building in Chicago and runs away unharmed
4 days ago
Israel vows not to stop Gaza attacks until there is "complete quiet"
4 days ago
Australian woman stuck with Irish accent after tonsil surgery
5 days ago
9-year-old boy killed by lightning strike while playing football
5 days ago
UN envoy warns Palestine and Israel conflict heading towards "full-scale war”
Next Page