Ranking all of David Fincher's movies from worst to best

Any time Fincher directs anything, you can guarantee he'll immediately have our attention.

As one of the best directors working today (and, perhaps, ever? Discuss.), it got us to thinking about his CV to date, and much like we did for Christopher Nolan, we are gonna rank his movies from worst to best, kicking off with... 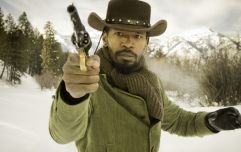 END_OF_DOCUMENT_TOKEN_TO_BE_REPLACED

Today, when we hear of a music video director getting the chance to make a big blockbuster, our stomachs drop because we know we're going to end up with something that is pure style over substance. And for a little while, that is what it seemed like we were going to get with Fincher, when Alien 3 was released in cinemas and was the dictionary definition of 'a hot mess'.

In the years since we found out that 20th Century Fox pretty much tackled the final edit of the movie away from him, and Fincher has since disowned the film outright, pretty much never to mention it again. Which is a shame, because there is a still A LOT to like in this threequel, and it is great to imagine what his vision of it may have been, especially when we see what he's accomplished in cinema since then.

David Fincher's Forrest Gump isn't something that sounds terribly appealing, which is probably why the final product doesn't add up to the sum of its parts. There is a lot of visual effects and make-up envelope-pushing, but the sentimental-heavy central plot is so painfully Oscar-bait that it can sometimes be a little too much to take. 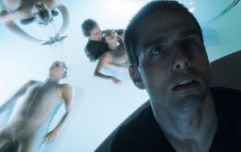 END_OF_DOCUMENT_TOKEN_TO_BE_REPLACED

Match to that a badly miscast Brad Pitt somehow not even playing the most interesting character in his own movie, with that award going to the heartbreakingly brilliant Cate Blanchett who manages to steal the limelight from The Incredible Reverse Ageing Man simply be being a little bit more human.

Again, there's a lot to like in here, but we really feel that anything this bright and hopeful is a little too far outside of Fincher's wheelhouse.

Another exercise in simply showing off what he can do with a camera, that was Fincher just having a bit of fun, and there's absolutely nothing wrong with that. If Hitchcock can make The Birds, Fincher can make Panic Room. 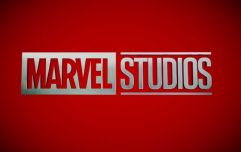 END_OF_DOCUMENT_TOKEN_TO_BE_REPLACED

Jodie Foster does a great job as the fragile-made-strong protector (replacing Nicole Kidman after she injured herself on Moulin Rouge), and paired with relative newbie Kristen Stewart, they make for a very believable mother and daughter, while the trio of Jared Leto, Forest Whitaker and a truly scary Dwight Yoakam as the robbers make for great antagonists.

It is a fun and exciting ride while it lasts, but is complete fluff when compared to his other work, plus that "Is that IT??" nothing of an ending still irks all these years later.

You'd be hard pressed to find a movie that has aged as poorly as Fight Club, and unfortunately, you're to blame. Yes. You.

When the film was released on the precipice of the 21st century, it spoke to an angsty set of pre-millennial men who didn't know their place in the modern world and had no idea how to find it. Fincher made fun of it all by suggesting the best route was to go primal and just kick the shit out of each other to make yourself feel more manly, but unfortunately this backfired, and the douche-bro who still has the poster on his bedroom wall probably doesn't realise that the whole fight club part of the Fight Club was, y'know, a joke about toxic masculinity.

Despite that, the pairing of Pitt and Norton (not to mention a constantly underrated Helena Bonham Carter), as well as Fincher firing on all visual cylinders matched to a truly kinetic soundtrack made for a great cinematic experience, if it is more of a time capsule than the manifesto some still believe it to be.

People probably aren't terribly keen to admit this, but the book this is based on isn't very good, and the original Swedish movie is actually kinda boring, so the fact that Fincher made something this good is testament to his skill.

That being said, there is absolutely zero need for it to be nearly 160 minutes long, nor should a film with zero explosions cost nearly $100 million (before advertising and promotions), which is probably why they haven't asked him back for the sequel.

However, between Rooney Mara's searing performance, Daniel Craig managing to channel actual emotion (having been tasked to show none for so long as Bond), and the most perfect use of an Enya song in all of cinema history, this version of Dragon Tattoo can't be accused of not giving its all. It just might be a case of too much being worse than not enough.

Back in 2012, you couldn't get on a bus, train or plane without crossing paths with someone reading Gillian Flynn's hit novel, but when Fincher was announced as director, the material almost felt too pulpy for his tastes. Little did we know just how deep he'd crack open the inner workings of dysfunctional relationships and forever sow the seeds of doubt in any couple who went to see it together.

Affleck was decent, but the completely unreadable Rosamund Pike stole the show as the Perfect Wife who was, deep down, as far from that description as is humanly possible. Fincher has tremendous amounts of fun tearing about white-picket perfection and the everyday capabilities of crucifixion that comes with social media and 24-hour local news cycles.

Again, 150 minutes is too long, and the puzzle-y nature of Flynn's missing wife plot doesn't exactly improve upon repeat viewings, but you can't help but enjoy yourself when you see two truly unlikable characters do nothing but cause serious trouble for each other until they've both got nothing left... except each other.

The overlooked, black sheep, forgotten oddity of Fincher's back catalogue, but there is much more to The Game than there first appears.

Yes, the plot seems like something the staff at Mission: Impossible would do on April Fool's Day, and there are enough plot holes to drive lanes of traffic through, but just beneath the surface of that is Fincher's version of It's A Wonderful Life or A Christmas Carol, a rich man shown the error of his ways, and the positive impact he doesn't realise he's having on others, despite being a darkly cynical man who has never gotten over his father's suicide.

Michael Douglas is exceptional in the lead role, and while Sean Penn appears to be trying to act (and scream) so hard that extraterrestrial life can pick it up, he does lend an 'anything can happen' edge to proceedings that really helps keep everything unnerving. That, matched with the film's sickly, jaundiced look, makes for an unsettling watch, and then there's that go-with-it-or-don't ending that can make or break the whole experience for you.

In attempting to make a satisfying watch out of a real story that never got an actually satisfying ending, Fincher created a bit of a masterpiece that is tremendously difficult to watch let alone try to enjoy.

Gyllenhaal, Downey Jnr, and Ruffalo are fantastic as the trio at the centre of a manhunt for a vicious serial killer in 60s and 70s San Fransisco, and despite it being a fantastic procedural thriller, it remains Fincher's least financially successful movie and, in a way, that is totally understandable.

Zodiac is to be appreciated, not enjoyed. It is to be watched in detail, not in awe. The murder scenes aren't fun or voyeuristic, they are upsettingly realistic and likely to stick in your mind for hours and days (and nights) afterwards. And while Fincher's version does lean into some theories into the identity of the killer, the real-life ending robs us of the emotionally cathartic moment we're used to getting in these kinds of movies, and is as likely to frustrate as anything else. Brilliant, but not for everyone.

So much came together for The Social Network to work, that it is hard to imagine it any other way. Fincher reined in Aaron Sorkin's overly verbose script, Trent Reznor's apocalyptic electro-score and Jesse Eisenberg's born-to-play-this smirk of a character, tied them all together into a perfectly Shakespearean rise and... well, rise.

Looking at the supporting cast now, it is basically a who's who of famous young actors - Andrew Garfield, Rashida Jones, Armie Hammer, Dakota Johnson, Rooney Mara, Max Minghella - but at the time, they were mostly nobodies, each of them turning in incredible performances.

But despite all of the on-screen greatness, really this was The Fincher, Sorkin and Reznor Show, with the visuals, script and score all about as close to perfect as you can get, and despite it being a little fast and loose with the actual details of Zuckerberg's actual life story, you don't really care when the end product is this good.

Serial killer thrillers were all the rage in the 90s, you couldn't go into your local cinema without it feeling like there was a new one every week. However, off the back of Alien 3 not going as planned, Fincher directed his entry into the genre like his life depended on it, and the end result is something that still, over two decades later, arguably remains the best of the lot.

Up there with The Silence Of The Lambs, we get a perfectly cocksure Pitt, a world-weary Freeman and (spoilers) a truly mesmerising Spacey in a version of the world that even Dante couldn't have predicted. The rain never stops, the pain never stops, and the men here are just rocks attempting to weaken the tide, to little or no avail.

Andrew Kevin Walker's script is still a perfect match to Fincher's incredibly dark sensibilities, with the victims of Sloth and Lust worming their way into your long-term memories for years to come. Some find Se7en too dark to enjoy, and that is totally understandable. Some were expecting a fun thriller, and walked out of the cinema hollowed out by that infamous ending, and while Fincher would go on to make a career out of darkness, he certainly feels to be at his bleakest here.

popular
Met Éireann issues weather warning for three counties
An underrated Jason Statham thriller is among the movies on TV tonight
QUIZ: Take your very best shot in this tough General Knowledge Quiz
QUIZ: Can you conquer this delightfully difficult General Knowledge Quiz?
The 50 most iconic songs of all time* have been revealed
A feel-good comedy with a Springsteen soundtrack is among the movies on TV
QUIZ: Can you name all of these countries just from one of their cities?
You may also like
6 days ago
WATCH: Baz Luhrmann compares Elvis star Austin Butler to Leonardo DiCaprio
1 week ago
Horror director Scott Derrickson doesn't like the term "Elevated Horror"
1 week ago
QUIZ: Name the classic action movie from the final line of dialogue
1 week ago
Toy Story is back (sort of) and 5 more movies & shows to watch this weekend
1 week ago
WATCH: Lightyear star reveals who'd win in a fight between him and Thanos
1 week ago
REVIEW: Pixar's Lightyear is a better Star Wars movie than most recent Star Wars movies
Next Page