Critics love it + audiences love it = Sure fire Oscar contender.

Saoirse Ronan's new movie Lady Bird has been quietly building up massive momentum, both critically and commercially, which means that Ronan, who has been nominated for an Oscar twice already, could be looking to make it third time lucky this time round.

The movie opened in just four screens in America in the first weekend of November, and in that weekend in made $375,612, or a hugely impressive $93,903 average per screen. 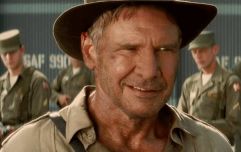 END_OF_DOCUMENT_TOKEN_TO_BE_REPLACED

This beats 2017's previous record holder for best per-screen average, when The Big Sick opened to $84,315 per screen.

It also set a new record for a per-screen average for a female director, and for the movie's second weekend, it expanded to 37 screens, and continued to put up huge numbers, pulling in over $1.1 million.

"Lady Bird is a coming-of-age story distinguished by a great script and a perfect cast." - Toronto Sun

"Highlighted by an awards-worthy performance by Saoirse Ronan and structured around a light, witty script by Gerwig, the movie delivers a well-targeted snapshot of a year-in-the-life of an ordinary high school senior." - ReelViews 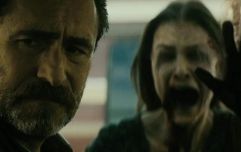 END_OF_DOCUMENT_TOKEN_TO_BE_REPLACED

"In Ronan's marvelous performance, tough and transparent at the same time, we can see the blurred outlines of the equally assured filmmaker behind her." - Boston Globe

"Lady Bird is a triumph of style, sensibility and spirit. The girl at its center may not be a heavyweight, but her movie is epic." - Washington Post

"It's funny, lively, and then devastating when it needs to be, made with the kind of confidence even its heroine could only dream of." - The Atlantic

"Lady Bird finds fresh purchase in well-trodden territory by observing the human carnival from a girl's point of view." - Slate

"Lady Bird consolidates the style and sensibility of a generation caught between the last gasp of the 20th century and post-9/11 disillusionment like nothing else before." - IndieWire

Lady Bird is due to arrive in Irish cinemas on Friday 16 February, but we'd wager a bet it will the the 2018 Dublin Film Festival opening film on Thursday 15 February.

The Big Reviewski || JOE · Matt Damon, Camille Cottin, Abigail Breslin and director Tom McCarthy discuss new drama Stillwater
popular
Met Éireann issues weather warning for entire country ahead of week of thunder and flooding
PICS: The man with the biggest penis in the world has one unbelievable problem with it
The 50 most iconic songs of all time* have been revealed
People think they've figured out the ranking of the viewers on your Instagram Stories
CMO says it's "important to remember" infections in vaccinated people doesn't mean vaccines don't work
5 really simple ways to help boost your immune system
QUIZ: Test your all round wisdom with this general knowledge quiz
You may also like
6 months ago
Hands on with the Sennheiser CX 400BT True Wireless
9 months ago
The Google Nest Audio packs a big punch
1 year ago
The Big Reviewski Ep 41 with Arnie, Linda Hamilton, and the best Disney songs of all time
1 year ago
The Big Reviewski Ep 40 with Pat Shortt, Charlie Murphy, government secrets & best zombie kills of all time
1 year ago
The first reviews are in for The Irishman and one actor appears to have run away with the film
2 years ago
The first reactions are in for Crawl, what looks set to be the sleeper hit of the summer
Next Page