Scott (son of Clint) Eastwood is one of the latest new additions to the Fast & Furious franchise.

The action series has gone from strength to strength (Furious 7 made well over a billion dollars at the box office), but the new entry Fast & Furious 8 is all change.

Helen McCrory's children give heartbreaking tributes at her memorial service

END_OF_DOCUMENT_TOKEN_TO_BE_REPLACED

But the biggest change is that this is the first movie to be filmed without Paul Walker.

One of the headline stars of the franchise, Walker appeared in all the franchise installments bar Tokyo Drift, until a terrible accident while filming Furious 7 ended his life far too soon. 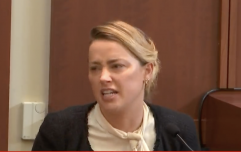 END_OF_DOCUMENT_TOKEN_TO_BE_REPLACED

Scott Eastwood was a close friend of Walker, and from talking to him ahead of the latest film's release on Wednesday 12 April, was clearly heavily saddened by his passing.

The actor talked about what it's like to walk on set and see living legends like The Rock, Jason Statham, Vin Diesel, Charlize Theron and Kurt Russell all standing in one room together and we also chatted about his possible involvement in the upcoming reboot of Escape From New York.

In fact, Kurt Russell (Scott's boss in the new F&F movie) played Snake Plissken in the original Escape From New York, and has said he actually based his character on a certain Mr Clint Eastwood. With cult-fave director Robert Rodriguez recently signed up for the remake, has anyone approached Scott to take on the role he was clearly born to play?

The eighth movie in the Fast and Furious franchise arrives in Irish cinemas from Wednesday 12 April, check out the trailer right here...