"This show is broken and I think I might hate it, but it is also unforgettable and needs to be watched by everyone."

When you decide to try something new, you have to go in with an open mind. I understand that. It was what got me over the hump of initially having zero interest in shows like Love Island, dismissing it as a show that would be filled with people I couldn't stand to have a conversation with, only to discover that that, in part, is the appeal.

So going into Sexy Beasts, I maintained that open mind. The set-up is sound enough, if a bit of a megamix of The Masked Singer, First Dates, The Bachelor and Naked Attraction: one person (covered in impressive prosthetics) goes on a first date with three potential suitors (all also caked in prosthetics), and then they pick two to go on a second date with, and eventually, whittle it down to just one.

END_OF_DOCUMENT_TOKEN_TO_BE_REPLACED

The idea is that you'll be attracted to their personality and not just because they've got it going on in the face department. In isolation, that makes sense, but in practise, with these contestants, it becomes immediate car crash television. It was one of the worst things I've ever seen, and yet I couldn't look away.

When, for example, the baboon guy and the devil girl decide to attempt a smooch in the rain at the end of their date, I thought my brain was going to explode from over-stimulation. The prosthetics kept getting in the way, but that didn't stop them, and they proceed to smooch through the fake lips, fake nose, pointy chin and glued-on beard. I might never fully mentally recover... 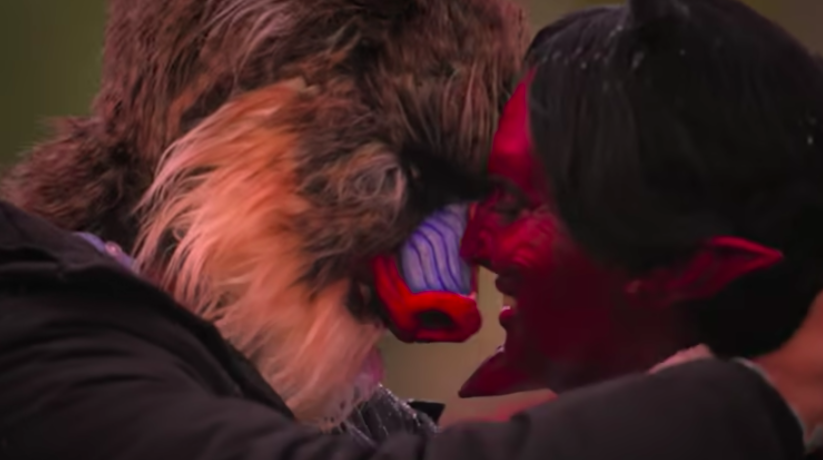 Each episode is blessedly barely over 20 minutes long, but the formula is so rigid that you'll already know how it will all play out by the middle of the second episode. Rob Delaney attempts to bring extra comedy to proceedings with his narration, but it is a fool's errand, because the levels of hysterics can't be improved upon.

END_OF_DOCUMENT_TOKEN_TO_BE_REPLACED

Once the first person is sent packing, they're unmasked - and with this level of prosthetics, who knows how long that might take? - and revealed that, shockingly, they're super hot. Later on in the episode, when everyone is unmasked, yep, you guessed it, they're super hot (at least according to each other on the show, opinions may vary with the viewers).

There was seemingly no thought given to how a person might like from the neck down, and many of the "winners" seem to still get chosen because they've obviously got great bodies. One of the contestants is asked what he is looking for in a woman, and he responds "Ass first, personality second". And as the ladies are unmasked one by one, he remarks "Wow, great ass" to each of them, as if their butts weren't visible before the masks came off? Am I losing my mind here??

The first dates take place in a bar filled with "normal" people, who all look on at the masked daters in shock and awe, successfully pretending not to notice the cameras, lights and sound recorders filming the whole thing. Then they'll head to Beast Manor, where the successful second dates will get something more interesting to do, like a couple's massage (watching a man dressed as a statue getting a foot massage while chatting to a woman dressed as a devil is something you only need to see once) or clay pigeon shooting or ice sculpting.

This is the part of the show where they'll talk about finding a connection, and usually go in for a smooch, and it is never not funny watching them trying to kiss in those masks. It's like attempting to dock at a space station, all precise angles and tentative approaches.

END_OF_DOCUMENT_TOKEN_TO_BE_REPLACED

But perhaps nothing is as funny as the introductions.

You know how these go normally. The attractive guys and gals stand in front of a big colourful light, dance music plays over footage of them posing and laughing and the likes. Every single dating show pretty much does it now. And so does Sexy Beasts. The problem is... 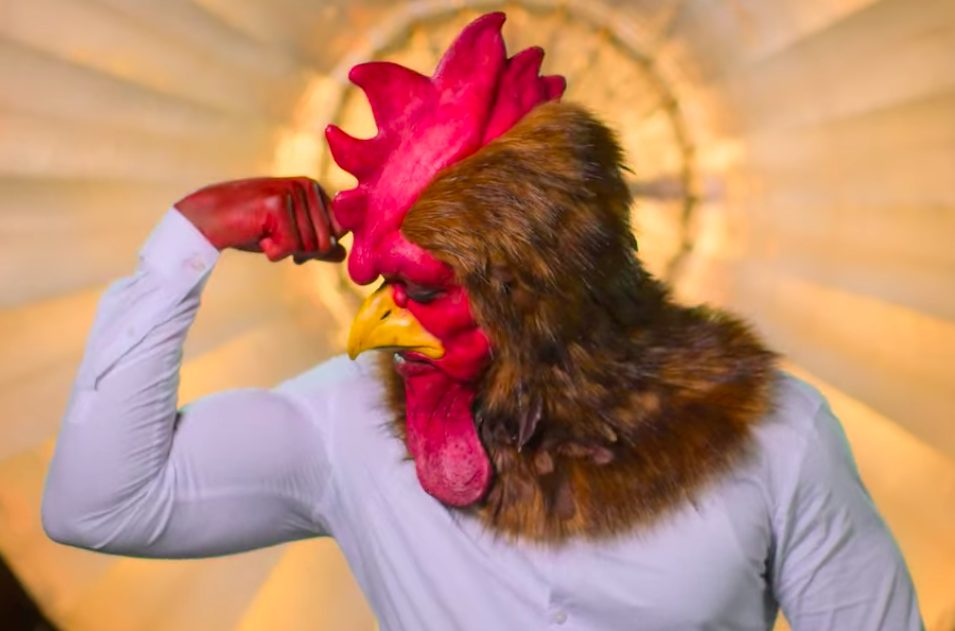 ... the entire concept of the show!

We're not SUPPOSED to find any of these people attractive, because the show is about discovering personalities first and seeing if the attraction is dashed against the potential rocks of unmasked realism. So why oh why are they putting these people in animal, creature, and monster masks into these "I'm sexy and I'm banter!" introductions?? (Except for the furry crowd, and we're not getting into that debate here.)

This show is broken and I think I might hate it, but it is also unforgettable and needs to be watched by everyone.

The first six episodes of Sexy Beasts are available to watch on Netflix from Wednesday, 21 July.