The first trailer for the movie we'll all be watching this Halloween has arrived.

Edgar Wright has always toyed with horror, from having zombies in Shaun of the Dead, to have cults and serial killers in Hot Fuzz, to the killer aliens in The World's End.

While we've seen him nail comedy over and over again, we are very excited to see him go full psychological horror with his new movie Last Night In Soho, which will also mark his second movie released in cinemas this year. 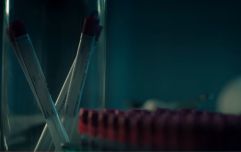 END_OF_DOCUMENT_TOKEN_TO_BE_REPLACED

Wright also co-wrote the script with Krysty Wilson-Cairns (Penny Dreadful, 1917), who we spoke to about the script right here.

The plot revolves around a young girl (Thomasin McKenzie), passionate about fashion design, who is mysteriously able to enter the 1960s where she encounters her idol, a dazzling wannabe singer (Anya Taylor-Joy). But 1960s London is not what it seems, and time seems to fall apart with shady consequences.

The movie also stars Matt Smith, Terence Stamp, and Diana Rigg, in her final film performance prior to her death in September 2020.

Wright has said that his new horror takes influence from classics such as Don't Look Now and Repulsion, two of the most genuinely unnerving scary movies of all time, so it is fair to say we're very excited to get our eyes on this one.

Last Night In Soho is due to arrive in Irish cinemas on Friday, 29 October.

The Big Reviewski || JOE · The Big Reviewski with Dune, a mini-Hangover reunion & the best of Timothée Chalamet
popular
WhatsApp to stop working on 53 phone models, including iPhone 6
New true crime documentary series from Netflix looks gripping
Updated Status Orange warning issued for three counties as heavy rain to continue
Clashes between protestors and private security as tenants removed from Dublin property
The 50 most iconic songs of all time* have been revealed
PICS: The man with the biggest penis in the world has one unbelievable problem with it
People think they've figured out the ranking of the viewers on your Instagram Stories
You may also like
16 hours ago
An entertaining Heat knock-off is among the movies on TV tonight
17 hours ago
8 great new additions to Amazon Prime Video in November
1 day ago
Dune: Part Two has been officially greenlit and given a release date
1 day ago
Succession has been renewed for a fourth season
1 day ago
A recent Oscar Best Picture nominee is among the movies on TV tonight
2 days ago
A brilliant, under-seen Graham Taylor documentary is on TV tonight
Next Page