Best part of all, it is on TV tonight.

Horror movies have, up until quite recently, felt like the black sheep of the movie genre world.

Too often viewed as a cheap entry point for directors wanting to make their mark, it is all too easy to forget that some of the greatest directors in the world put out some of their best work while making a scary movie. 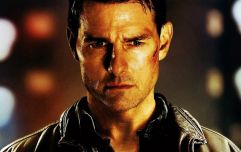 END_OF_DOCUMENT_TOKEN_TO_BE_REPLACED

Think of Spielberg with Jaws, or Polanski with Rosemary's Baby, or Scott with Alien, or Friedkin with The Exorcist, or Kubrick with The Shining.

And that isn't the directors who successfully made amazing careers for themselves focusing on little else than horror, like Carpenter (Halloween, The Thing), or Cronenberg (The Fly, Scanners), or Craven (Scream, A Nightmare On Elm Street).

So when an already much-loved and hugely-established director announces that he is taking on a scary movie, of course everyone is going to sit up and pay attention.

Which is exactly what happened when Martin Scorsese said he would be making psychological thriller Shutter Island.

Nestled in his CV between his Oscar-winning The Departed and box office flop Hugo, this was clearly Scorsese having a bit of fun, heavily referencing the horror movies he grew up with from the '50s and '60s, but with a very modern film-making mentality.

It all kicks off well enough, as two special agents (Leo DiCaprio and Mark Ruffalo) are sent to a remote island with nothing on it but a mental institution. Once they get there, they discover that one of the patients has mysteriously disappeared, from inside her locked room, and off an island with no clear means of escape.

With a massive hurricane approaching and all of the staff members all acting peculiar, what kicks off as a missing person mystery soon evolves into something much more sinister, as DiCaprio begins to question whether anyone on the island can actually be trusted. 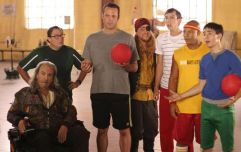 END_OF_DOCUMENT_TOKEN_TO_BE_REPLACED

This becomes even more clear once he begins to question the other patients, and finds that absolutely nothing is what it seems.

There is obviously a lot more in the movie that we would love to get into here but can't if you've never seen it - we're talking about DiCaprio's home scenes with his wife, his dreams of his past actions in the army, and what the title of the movie really means - but we'll leave that last one for you to figure out on your own.