This is going to be a riveting watch.

Tobias Lindholm, the director behind the 2016 Oscar-nominated drama A War, will be heading up a new project that will see one of the most dramatic and shocking crimes of recent years brought to the screen.

Earlier this year, inventor Peter Madsen was convicted of murdering journalist Kim Wall after she came aboard his submarine to interview him. Madsen then sank his submarine in an attempt to evade justice. 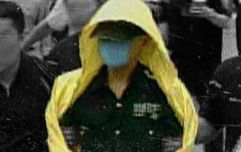 END_OF_DOCUMENT_TOKEN_TO_BE_REPLACED

Madsen, who is famous in Denmark for his inventions, originally denied the crime — but was sentenced to life in prison in April 2018.

Now, a six part documentary is being made about the crime. According to Deadline, "the six-part series centers on the Copenhagen Police and its Head of Homicide, Jens Møller’s investigation and follows the methodical, unusual and technical work that enabled them to solve Wall’s murder".

The project is as-yet unnamed with no release date set.

Kim's parents Ingrid and Joachim Wall say, “We decided early on that Kim’s fate should not be forgotten and we developed a close relationship with Jens Møller over the course of the case. Our conversations with both Jens and Tobias have caused us to trust that the story of how Kim’s murder was solved will be told from the right perspective and with respect for all who knew and loved Kim.”

popular
How to lower your cholesterol - 5 really handy tips
WATCH: Micheál Martin and Danny Healy-Rae had an almighty row in the Dáil
Nigel Farage has been saying republican phrases again, but in reality, he's the one laughing
Largest aircraft in the world touches down at Shannon Airport
The cast of Succession on the most ridiculously expensive scene in the show
Gardaí will be out in force pulling for speed this week
A classic Al Pacino gangster thriller is among the movies on TV tonight
You may also like
7 hours ago
Man aged in his 80s dies following three-car collision in Kildare
1 day ago
CNN's John King reveals on-air he has multiple sclerosis
1 day ago
Man in his 60s killed following fatal road traffic collision in Monaghan
1 day ago
Man in his 30s killed following road traffic collision in Meath
1 day ago
British Army veteran on trial for Troubles killing dies from Covid-19
2 days ago
Significant increase in domestic abuse calls to Gardaí
Next Page