The list of titles is excellent. A treat for those that love watching crime shows.

With the demand for true crime shows and documentaries showing no signs of slowing down, it appears that Sky's latest move is a shrewd one because as mentioned previously, they've launched Sky Crime, a TV station that's dedicated to crime features.

In terms of the main titles, viewers are going to be addicted to titles like I Love You, Now Die and The Disappearance of Susan Cox Powell.

END_OF_DOCUMENT_TOKEN_TO_BE_REPLACED

Additionally, famous headline cases from the US and UK like Kemper on Kemper, Britain’s Most Evil Killers and the In Defense Of series will bring new insight into some of the most notorious killers of modern times.

In terms of the station's official mantra, we're told:

"Sky Crime will unleash the detective in everyone, getting under the skin of some of the most brutal criminals and explore numerous unresolved cases. Get ready to go behind the yellow tape, piece together the evidence, interrogate the suspects and identify the perpetrators.

"From savage serial killers, unexplained disappearances, and love stories gone sour – Sky Crime will take viewers on journeys through some of the most harrowing, chilling and heart-breaking crimes committed in the US and the UK."

Here's a small taste of the main titles that the channel will be showing.

I Love You, Now Die – Available from 6 October.

In July 2014, 18-year-old Conrad Roy died by suicide in his car at a parking lot in Fairhaven, Massachusetts.

END_OF_DOCUMENT_TOKEN_TO_BE_REPLACED

Police discovered a series of alarming text messages from his girlfriend, 17-year-old Michelle Carter, that seemed to encourage him to kill himself, sparking sensational headlines nationwide. Leading to a trial that raised difficult questions about technology, social media and mental health, while asking if one person can be held responsible for the suicide of another.

This two-part series, directed by Erin Lee Carr, explores the complicated relationship between Carter and Roy, drawing on some of the thousands of texts they exchanged over two years to chronicle their courtship and its tragic consequences.

The Case Against Adnan Syed – Available on demand from Tuesday 1 October.

The 1999 murder of 18-year-old Baltimore County high school student Hae Min Lee, and the subsequent conviction of her ex-boyfriend, Adnan Syed, were brought to global attention in 2014 by the hugely popular Serial podcast.

But there is more to the story. The Case Against Adnan Syed reinvestigates the case behind the podcast, from the genesis of their high school relationship to the original police investigation and trial, and moves into the current day. 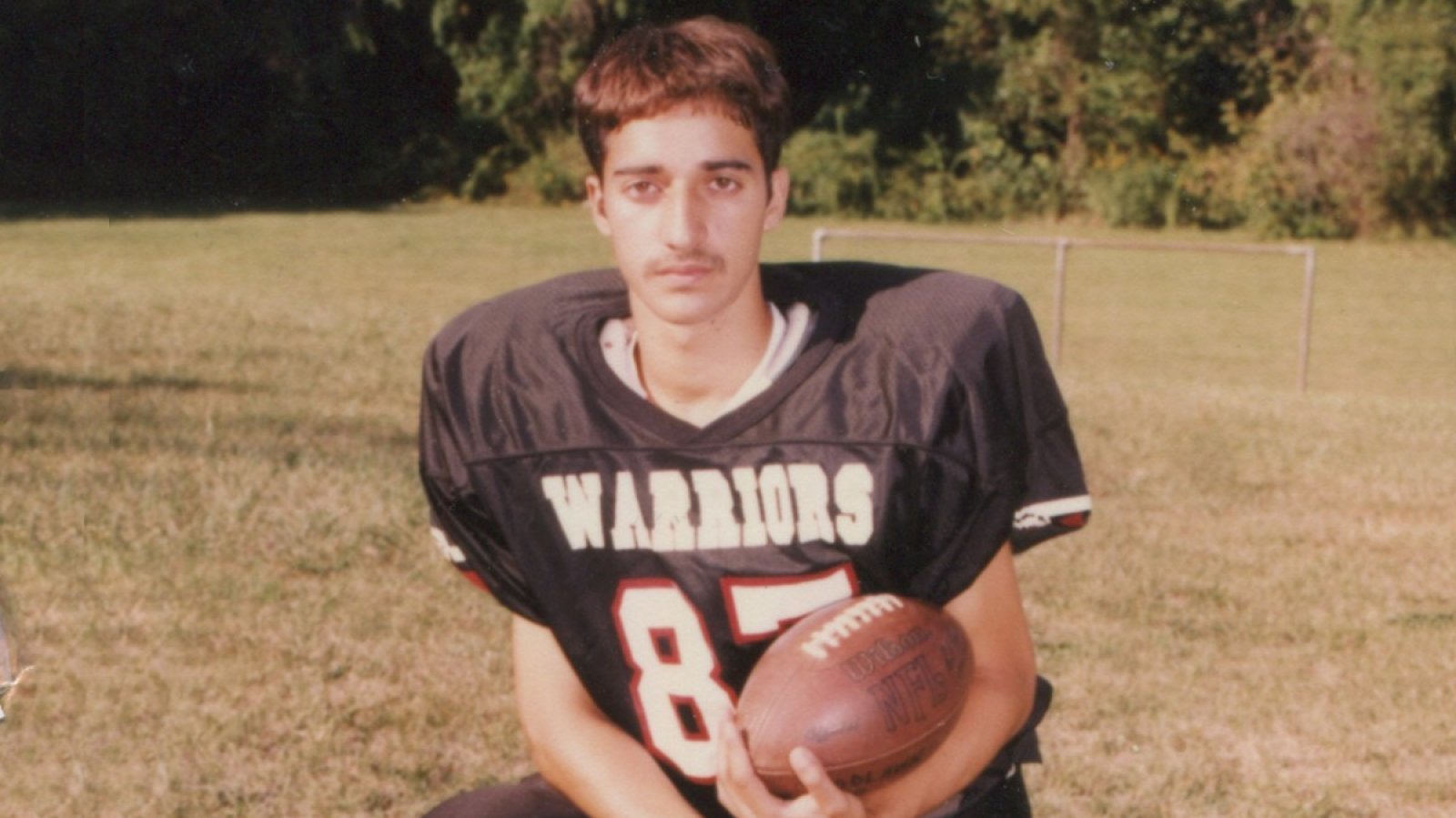 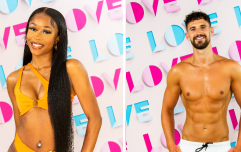 END_OF_DOCUMENT_TOKEN_TO_BE_REPLACED

This heart wrenching two-part documentary explores the case of 12-year-old Garrett Phillips, who was murdered in his home, in a small town in upstate New York in late 2011.

Police quickly zeroed in on a suspect in this unthinkable crime: Oral “Nick” Hillary, a black man in the mostly white community, the soccer coach at Clarkson University and the ex-boyfriend of Garrett’s mother, Tandy Cyrus.

Who Killed Garrett Phillips? chronicles the five years following the murder, from the initial police investigation, the account of Garrett’s grief-stricken family as they relentlessly seek justice, and the arrest and numerous legal twists and turns that culminated in Hillary’s trial for murder, five years after the crime.

The Disappearance Of Susan Cox Powell - Available from 3 November

Susan was 28 years old when she disappeared from her Utah home in 2009. Upon her disappearance, her husband Josh Powell was named as a suspect. However, more than two years later, and after an unsuccessful police investigation, the unthinkable happened: Josh took the life of his two sons and his own.

This documentary attempts to uncover new details of the last few years of Susan’s life and incriminates her father-in-law Steven Powell in a dangerous way. 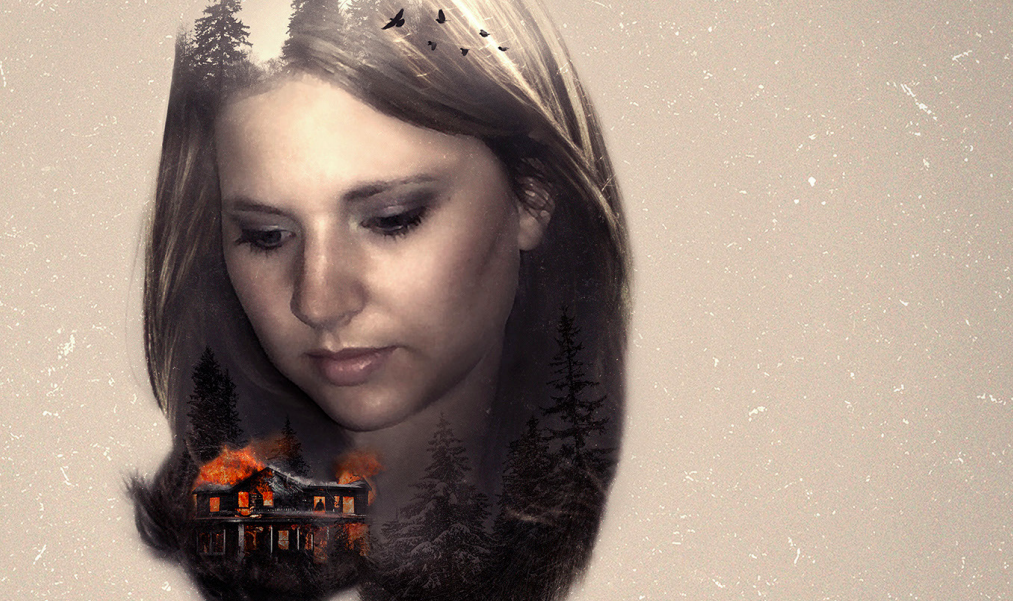 Conman: The Life and Crimes of Mark Acklom - Available from 7 October

Mark Acklom is Britain’s most notorious conman. Over a 30-year criminal career, Acklom duped countless innocent victims out of millions of pounds. As a teenager, he stole his father’s credit card and lived the high life across Europe.

His family eventually turned him in, resulting in a two-year prison sentence and leaving his family bankrupt. Afterwards, Acklom went off the radar for two decades, re-emerging in the West Country under a series of false identities and conning his way into a relationship with Carolyn Woods by posing as an MI6 agent.

He then swindled his ‘one true love’ out of £800,000. Carolyn’s efforts to report this to the police yielded little results, so she instead turned to Martin Brunt, the legendary Sky News crime reporter who has since been tracking Acklom and following his story.

After developing a loyal fan base in the States, long-running sensation Snapped travels across the Atlantic and lands on Sky Crime.

Each episode depicts the true, high profile and bizarre stories of women pushed to the edge and resort to murder, whether seeking revenge against an adulterer, putting an end to ongoing domestic abuse, or even to seek financial gain with a large insurance pay out.

In the first episode, Snapped explores the story of a teenager who is served the ultimate betrayal by her closest friends, while her family are shocked to learn the truth about her disappearance.

In Defense Of - Available from 2 October

In Defense Of provides a chilling account of the complex relationships between notorious defendants – including Jodi Arias, Clive Doyle and Timothy McVeigh – and the attorneys that represented them.

This four-part series starts with story of John Henry Browne, the criminal defence attorney who represented one of history’s most infamous serial killers, Ted Bundy.

We hear from Browne directly as he recounts the challenges faced in the case, as well as the personal and professional journey he took throughout the case. 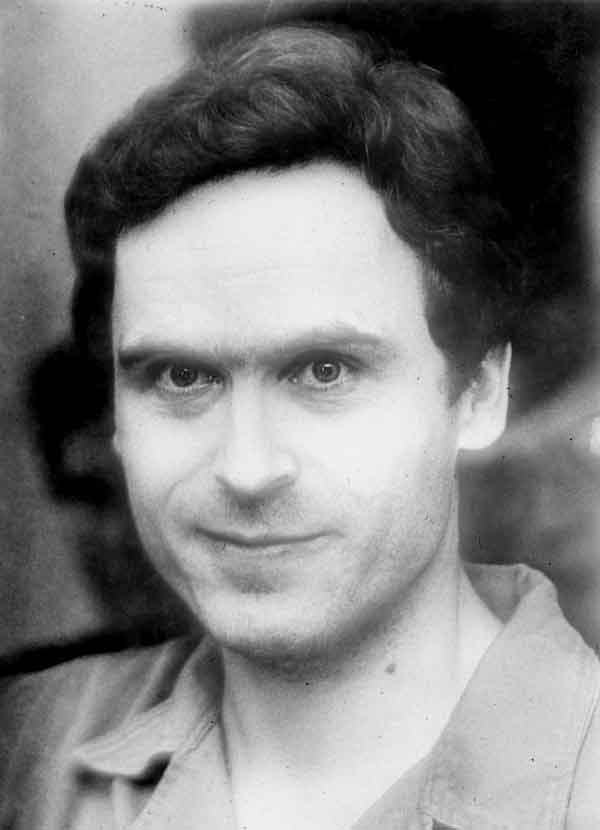 This addictive series uncovers the stories of some of the world’s most shockingly evil killers – examining the people behind the murders, what drove them and the devastation they caused for the victims and their families.

The series kicks off with the high-profile murder one of the biggest police investigations in Bristol - the cold-blooded murder of Joanna Yeates, who was killed by her neighbour Vincent Tabak, and details the testimony from Yeates’ landlord Christopher Jeffries, who was wrongfully arrested during the investigation.

The Jinx - Available on demand from Tuesday 1 October

Robert Durst, the scion of a New York real estate empire, has long been a suspect in the notorious 1982 disappearance of his wife, Kathie.

Further suspicion was raised with the unsolved killing of his confidante, Susan Berman, thought to be a key witness in the investigation into Kathie’s disappearance in 2000, as well as the subsequent killing and dismemberment of a neighbour in Galveston, Texas.

Durst has consistently maintained his innocence. 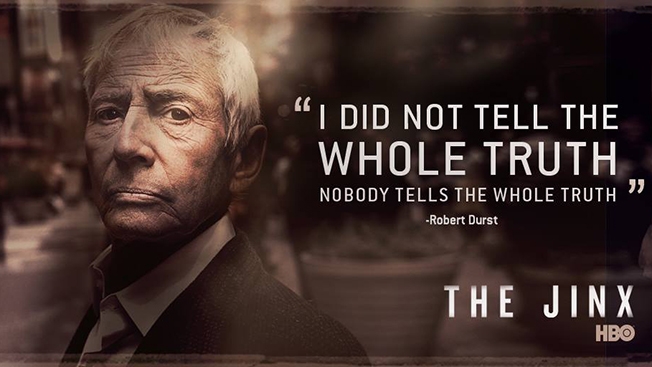 Mark Of A Killer - Available from Friday 4 October

Each episode of Mark Of A Killer examines the disturbing traits and behaviours of serial killers across the world. The series begins with the story of “The Gainesville Ripper”, who turned what should have been an adrenaline filled and exciting time of year, as kids returned to college, into a harrowing and unnerving experience that everyone wanted to forget.

In August 1990, Danny Rolling, arrived on a University of Florida campus and began his murder spree, ending the lives of five students in under four days. The Mark of a Killer explores why.

US actor and rapper Ice T tells the raw, unbridled and chilling true crime tales, all centring around money, sex, lust and greed.

Each episode features re-enactments, in-depth interviews with detectives, friends and family, along with archive footage, as Ice T pieces together the evidence, clues and crimes of the victims and perpetrators.

Episode one starts the tale of an unforgiving Thanksgiving weekend, when a girl is brutally killed, but it takes over a year for detectives to uncover the dark and sinister reason why.

The Big Reviewski || JOE · TBR Spotlight: Loki - Episode Six - 'For All Time. Always.'
popular
Dublin pub hit with 'about 50 or 60' fake bookings on first day of indoor service
QUIZ: How many of these famous erect landmarks can you recognise?
HSE issues warning as young people "intentionally" contracting Covid-19 for vaccine passports
Leo Varadkar confirms Ireland to overtake UK's vaccination rate in "next week or so"
QUIZ: Can you get 10/10 in this quick County Cork quiz?
Multiple CBD products being recalled due to "unsafe levels" of THC
COMPETITION: Win one of these very cool new Guinness summer furniture kits
You may also like
1 day ago
Chucky is back and as murderous as ever in the first trailer for his new TV series
1 day ago
The full list of all the new shows and movies coming to Netflix in August
5 days ago
Love Island hit with 1,500 complaints over contestant Danny Bibby
1 week ago
HBO reportedly paid James Gandolfini $3 million to NOT replace Steve Carrell in The Office
1 week ago
The six scariest scenes in the MCU so far
2 weeks ago
Five great new trailers you might have missed this week
Next Page