She gave him a Stunner.

Even if you stopped watching wrestling after the golden period of the Attitude Era, you'll know that right now, Ireland's Becky Lynch is the hottest property in professional wrestling.

Since adopting the persona of 'The Man,' it's arguable that no other gimmick/angle/storyline has caught the imagination of the public to the same extent.

END_OF_DOCUMENT_TOKEN_TO_BE_REPLACED

Aside from being excellent in the ring, Lynch has also created an incredibly strong bond with her fans and peers.

Of course, if anyone knows what it takes to get to the top of the wrestling industry, it's Stone Cold Steve Austin because along with The Rock, it's arguable that nobody did more to raise the profile of the WWE/WWF than the 'Texas Rattlesnake.'

Since retiring from the ring, Austin has forged an impressive career behind the mic because his podcasts with those in the industry are always frank, informative, and interesting.

Well, in his latest media venture, Austin has moved into the TV world and he has a new show on the USA Network where he spends time with some notable figures including the likes of Becky Lynch, NFL Quarterback Baker Mayfield, and Impractical Jokers star Sal Vulcano. 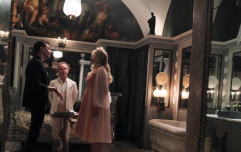 END_OF_DOCUMENT_TOKEN_TO_BE_REPLACED

This week saw the six-time WWF World Heavyweight Champion hanging out with the Irish wrestler and it's clear that Lynch made one hell of an impression on the Hall of Famer.

"I really was blown away by how charismatic, articulate, and eloquent she is," said Austin in an interview with SiriusXM.

"She really shined. Her episode is one of my absolute favourites. She looks like an all-star and comes across as one because she is one. I knew she was a class act to begin with and I've been a fan of hers for years. She's lighting wrestling on fire and I'm so proud of her," he added.

Since adopting the persona of The Man, Lynch has seen her career go stratospheric thanks to her defiant, tough-talking, and ass-kicking attitude. 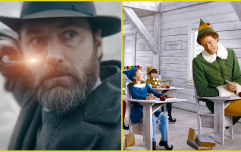 END_OF_DOCUMENT_TOKEN_TO_BE_REPLACED

Naturally, people are drawing comparisons with those glorious years when Stone Cold was a thorn in the side of Vince McMahon.

However, Austin believes that Lynch is very much her own person and that she has risen to the top via her own talent, tenacity, and brains.

"That gimmick - The Man - a lot of people draw comparisons to Stone Cold but that's a whole different thing. She's pulling it off flawlessly. For the last 18 months, she's had one of the best runs in the history of wrestling, regardless of male/female wrestling."

During the episode, Lynch even managed to give Austin the Stone Cold Stunner.

That's what happens when 'The Man' comes around!

Take a look at the two icons sparring and Austin's interview in full.

Still shaking from that take down. @beckylynchWWE and @steveaustinbsr makin' history right here.

You can listen to Austin's full interview below.