The greatest character on The Simpsons is not Homer. Or Bart. Or Lisa, or Marge, or Maggie. Or Milhouse, or Flanders, or Ralph Wiggum, or Krusty, or Dr Nick. Or Disco Stu, or Groundskeeper Willie or Troy McClure.

It is, in fact, Superintendent Chalmers, the boss of beleaguered Principal Skinner. Don’t take my word for it – he’s not just my favourite character, but also that of former Simpsons writer and co-showrunner Bill Oakley. He ran the show, along with writing partner Josh Weinstein, from 1995 to 1997 (arguably The Simpsons’ greatest era), and is also the man who wrote the immortal ‘Steamed Hams’ scene. So he knows what he’s talking about.

So what makes Chalmers so great? In Oakley’s words, he’s the only character in Springfield that “seems to operate in the normal human universe”. He’s the only one who sees the madness of every other inhabitant, and has to deal with it like a regular human.

Take, for instance, the scene in ‘Who Shot Mr Burns Pt.1’. The terminally underfunded Springield Elementary School has struck oil on its grounds, and looks to have hit paydirt. The local paper runs with the headline: “Awful School is Awful Rich.” Principal Skinner excitedly shows Chalmers that they’ve made the front page, but very obviously covers up the world ‘Awful’ with his hand.

Chalmers deadpan-ly asks him what he’s covering up. Skinner responds:

“It’s an unrelated article… within the banner headline?”

Chalmers doesn’t react. He just stares. He can’t be bothered to even point out Skinner’s hopeless lie, let alone argue with it. Skinner’s antics have ground him down. Springfield has ground him down. And therein lies what makes the character so hilarious. As Oakley puts it, when I spoke to him on the phone: “What amuses me so much is that he asks, maybe two or three questions, Skinner lies really badly just to kind of cover himself, and then Chalmers just gives up.”

Chalmers first appeared fully-formed in the classic season four episode ‘Whacking Day’, though his origin took the work of many key behind-the-scenes players. The plot of 'Whacking Day' required Bart to be expelled from Springfield Elementary, and thus the episode opens with a school inspection for him to sabotage. Principal Skinner need a superior, and Superintendent Chalmers was born. 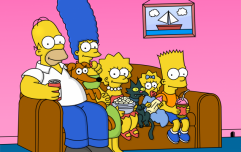 END_OF_DOCUMENT_TOKEN_TO_BE_REPLACED

The episode was written by reclusive genius and Simpsons mainstay John Swartzwelder, but according to Oakley, Chalmers really came to life in the recording booth. In a moment that would define the character, Chalmers picks a student at random for a pop quiz. He initially picks the dimwitted Ralph Wiggum, but a panicked Skinner forces him to ask Lisa Simpson instead. She correctly identifies that the Battle of New Orleans took place in 1815. But then Ralph pipes up with “What’s a battle?” - which leads to this exchange between Skinner and Chalmers:

“That was improvised by Harry Shearer and Hank Azaria [who voice Skinner and Chalmers respectively],” Oakley explains. “That was not in the script, and we all loved it. After that we started trying to write those types of things, and during the course of that I started to fall in love with Superintendent Chalmers.

"He grew over the years, but at that time he was really just a foil for Principal Skinner, and he was just there to call out his lies. But then he always gave up on it, and I thought that was really funny.”

Oakley points to the classic 1960s US sitcom Green Acres as a key influence on the character. Green Acres, which ran from 1965 to 1971, was a favourite of many early Simpsons writers including Matt Groening. The show focused on New York Lawyer Oliver Douglas, who relocates to a small town in the sticks - to city slicker Douglas’ eyes, he is the only sane person in a town of crazy country folk. “He just can't believe that people are doing this, or that they're not bothered by the behaviour of others, and it's very similar [to Chalmers],” Oakley says of Douglas. But whereas Douglas was the hero of that show, in The Simpsons, Chalmers is merely on the periphery, trying not to go nuts like everyone else.

“I think that Chalmers grew up in Springfield,” Oakely continues (subtly ignoring the fact that he’s clearly from Utica). "And that's why he's able to function in Springfield, even though he's the only sane man in town. He realised that in order to function you just can't ask too many questions. He's constantly baffled by people's behavior, and he'll ask a question or two, but then he just lets it go. I think that's him. He's developed a way of functioning within Springfield that allows him to remain sane and fairly happy - which is just not to ask too many questions.” 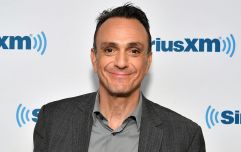 END_OF_DOCUMENT_TOKEN_TO_BE_REPLACED

This has direct parallels to the season eight episode ‘Homer’s Enemy’, where hard-working self-made man Frank Grimes can’t handle that Homer able to thrive despite his selfishness, laziness, and incompetence. “I think that Frank Grimes is the opposite [to Chalmers]. Frank is an outsider, who wouldn't stop asking questions, who didn't give up and just let sleeping dogs lie like Chalmers. He was driven mad by the fact that he dug too deeply.” ‘Homer’s Enemy’ ends with Grimes being electrocuted, and Homer making a mockery of his funeral.

The ultimate Superintendent Chalmers moment is, of course, Steamed Hams. The three minute sketch was part of ’22 Short Films About Springfield’, an episode of vignettes focusing on show’s various supporting cast. It takes the Skinner/Chalmers dynamic to its furthest extreme. “Normally the routine is he asks maybe two or three questions, Skinner lies really badly just to kind of cover himself, and then Chalmers just gives up,” Oakley says. “I wrote the Steamed Hams segment, because I want to do that times twenty! I wanted to have that go on and on and on and Chalmers keeps asking questions and Skinner keeps lying.”

In the segment, Chalmers visits Skinners for an “unforgettable luncheon”, which soon ends up running through as many hokey sitcom contrivances as Oakley and Weinstein to physically squash into 170 seconds. Skinner burns the food, tries to pass off Krusty Burgers as his own family recipe, and eventually tries to cover up the fact that the house is burning down by saying it’s the Northern Lights. All the while Chalmers takes it in his weary, resigned stride. “Chalmers still gives up after like 40 questions!" Oakley exclaims. "It seems like he believes Skinner about the Aurora Borealis. Or at least he doesn't care. I find that hilarious.”

The scene is not only one of the greatest in Simpsons history – in the last year or so it has become one of the internet’s biggest meme, with fans re-editing or remixing in a million different ways. Here it is in alphabetical order. Or Steamed Hams as Pulp Fiction. Or as Smash Mouth’s ‘All Star’. Or as Metal Gear Solid. Somehow, it just gets funnier every time, though we must be about to hit saturation point soon.

“I did pronounce them 'over', in terms of my Twitter account,” Oakley says when I ask him if he thinks they’ve gone too far. “Because it was becoming, like, 20 or 30 times a day I would retweet Steamed Hams. I felt like I was contributing to not only killing it, but also like making my feed just 100% Steamed Hams.

“Every time people send them to me, I look at it, and I appreciate it, and I love it. The thing is I'm acutely aware of when things wear out. Five to seven years from now, I don't want everybody to think Steamed Hams was a relic of 2018, and it was that stupid internet meme everybody was doing and now it sucks. I would like to put it to bed gracefully so we can all continue to enjoy it rather than running into the ground.”

Many fans (my cynical self included) would argue that The Simpsons itself has been run into the ground for the last decade or so. Oakley and Weinstein left the show in 1997, after being credited as largely meaningless ‘consulting producers’ for season nine. Since then, most of the magic of Chalmers has been lost. Season ten did give us Ralph Wiggum’s beloved “Super Nintendo Chalmers” line, but in recent years he’s just been as wacky as any other Springfield resident.

But maybe we should all take a lesson from Superintendent Chalmers. We live in wild, confusing times, with fake news and the upcoming ‘information apocalypse’ making it harder and harder to tell what's real. Maybe, the next time someone claims something insane, like the Northern Lights are contained completely in their kitchen, even though you know it’s clearly not true, instead of getting worked up, we should smile and nod.

It’s a lot easier to survive that way.


popular
Google publishes a county-by-county guide showing huge fall in physical movement in Ireland
Man arrested after threatening shop worker with blood filled syringe during robbery
QUIZ: Can you pass the Leaving Cert?
Here's the lineup for this week's episode of The Late Late Show
Here's Week 26 of JOE's 19 in 90 quickfire quiz
Tiger King's Joe Exotic transferred from coronavirus isolation to prison medical centre
HSE issues updated list of 'at-risk groups' for Covid-19
You may also like
5 days ago
The JOE Music Quiz: Week 5
2 months ago
Hank Azaria will no longer voice Apu on The Simpsons
2 months ago
Ireland Simpsons Fans announce it will not run candidates in 2020 Election
2 months ago
The writer of Die Hard and The Fugitive on his favourite references in The Simpsons and Brooklyn Nine-Nine
4 months ago
EXCLUSIVE: "From what I've heard, it is coming to an end" - Danny Elfman on The Simpsons
4 months ago
Disney+ to fix Simpsons formatting after viewers complain about missing jokes
Next Page