To hell with Storm Brian. Watch these instead.

If you're staying in over the weekend and are looking for something to watch, you'll be happy to know that Netflix has updated their library with some new titles.

Here's our pick of the best. 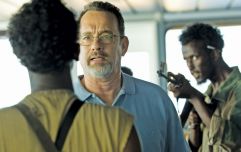 END_OF_DOCUMENT_TOKEN_TO_BE_REPLACED

Plot: 1922 is based on Stephen King's 131-page storytelling of a man's confession of his wife's murder. The tale is told from the perspective of Wilfred James, the story's unreliable narrator who admits to killing his wife, Arlette, with his son in Nebraska. But after he buries her body, he finds himself terrorized by rats and, as his life begins to unravel, becomes convinced his wife is haunting him.

Plot: Frank Grillo (Kingdom, Captain America: Civil War) stars as the wheelman, a getaway driver thrust into a high stakes race-to-survive after a bank robbery goes terribly wrong. With a car full of money and his family on the line, the clock is ticking to figure out who double-crossed him and the only person he can trust - his thirteen-year-old daughter. All reasons to think fast and drive faster. 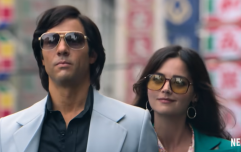 END_OF_DOCUMENT_TOKEN_TO_BE_REPLACED

Plot: The Day I Met El Chapo is the biographical account of Mexican actress, Kate del Castillo. The three-part series tells Kate’s side of the story using never-before-seen footage and exclusive details of what led to the infamous meeting between one of the world’s most notorious drug lords, a Hollywood star and one of Mexico’s most famous television actresses. 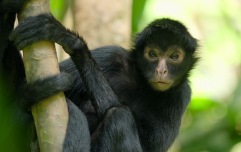 END_OF_DOCUMENT_TOKEN_TO_BE_REPLACED

Plot: When private eye Doc Sportello’s ex-old lady suddenly out of nowhere shows up with a story about her current billionaire land developer boyfriend whom she just happens to be in love with, and a plot by his wife and her boyfriend to kidnap that billionaire and throw him in a loony bin...well, easy for her to say. It’s the tail end of the psychedelic `60s and paranoia is running the day and Doc knows that “love” is another of those words going around at the moment, like “trip” or “groovy,” that’s being way too overused—except this one usually leads to trouble

Plot: Navy S.E.A.L. sniper Chris Kyle's (Bradley Cooper) pinpoint accuracy saves countless lives on the battlefield and turns him into a legend. Back home to his wife and kids after four tours of duty, however, Chris finds that it is the war he can't leave behind.

Plot: The crew of an experimental, high-tech submersible is called into action to investigate a mysterious nuclear submarine crash. A series of strange encounters leads the crew to suspect the accident was caused by an extraterrestrial craft, and that they may be participating in an encounter with an alien species. However, in order to make contact, they must not only brave the abyss, an exceedingly deep underwater canyon, but also deal with the violent actions of one of their own crew members, an increasingly paranoid Navy SEAL officer.

The Big Reviewski || JOE · TBR Spotlight: Loki Episode One - 'Glorious Purpose'
popular
The JOE Friday Pub Quiz: Week 247
Matt LeBlanc has seen the memes of him as every Irish auld lad and very much enjoyed them
QUIZ: Take on this tasty challenge of your General Knowledge skills
The JOE Movie Quiz: Week 106
QUIZ: Full marks are far from certain in this general knowledge quiz
A Dublin Cafe will pay you €50 if you can finish this MONSTER breakfast roll
5 new Netflix additions to get you through the weekend
You may also like
1 week ago
20 of the best LGBTQ+ movies you can watch at home right now
2 weeks ago
6 new Netflix additions to get you through the weekend
2 weeks ago
The full list of all the new shows and movies coming to Netflix in June
2 weeks ago
Netflix's new true crime documentary looks like an absolute must see
2 weeks ago
Netflix's The Sandman series casts Irish actress Niamh Walsh in major role
2 weeks ago
Ian Bailey believes Netflix's Sophie Toscan du Plantier documentary will be "a piece of demonisation"
Next Page