The look of the Irish Part 3 - Fashion, Irish style

We think that, as a nation, we all know deep down who is to blame for the double denim fashion trend, nay, fashion epidemic that is currently sweeping the country.

END_OF_DOCUMENT_TOKEN_TO_BE_REPLACED

The problem is that double denim isn't even the worst thing. There have been reports of triple, quadruple and, in one particularly horrific case, a quintuple denim outfit spotted on some poor anonymous youth in Leitrim.

Has everybody lost their minds!?

END_OF_DOCUMENT_TOKEN_TO_BE_REPLACED

JOE would try to physically remove the items of clothing but the denim brigade keep jumping up and down on the spot and shouting threatening things like "I fight like me da!" so we're going to leave them alone for the time-being.

Listen ladies of Ireland, MC Hammer called and he wants his pants back. All of them.

END_OF_DOCUMENT_TOKEN_TO_BE_REPLACED

Here at JOE we're not sure who, what, or why these weird parachute pants made an unwanted return to the streets of Ireland in recent times, especially as the only time they've ever been popular is in 1990 when the iconic American rapper wore them (we're hoping as a joke) in the video for U Can't Touch This:

To be honest folks, they look like a discarded early prototype for a colostomy bag. Please don't wear them. It's Feis day, your mammy's panicking, she can't find her competition programme, you're running late and you still haven't put on your dress and wig yet. 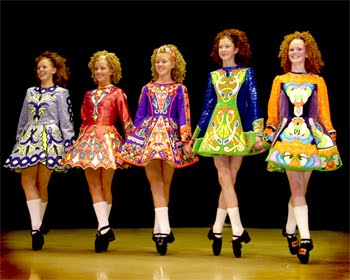 We're not too sure how this particular Irish tradition started but, and we're 100% guessing here instead of checking any facts, it's the only sport in the world that requires the participants to look like the freaky love child between The Addams Family's Cousin It and The Muppets' Rowlf the Dog:

But sure we wouldn't have it any other way.

For more insights into Irish style, sort of, check out the new series of Damo and Ivor, which starts on MondaySeptember 16 at 10.00pm on RTÉ Two.

popular
QUIZ: Can you identify the famous song from the opening line?
Man arrested on suspicion of the murder of Irish man in London
Here's how to make €9-11 on Revolut in just a few minutes
New car-free town with population of 85,000 set to be built in Dublin
Galway City Council street cleaners claim Lotto jackpot worth over €5.5 million
QUIZ: Can you name all the countries beginning with A?
Elderly Irish man stabbed to death on mobility scooter in London
You may also like
4 days ago
QUIZ: Match The Simpsons quote to the character who said it
1 week ago
The new Love Island and 8 more new movies & shows to watch this weekend
1 week ago
WATCH: House of Hammer details the alleged crimes of award-winning actor Armie Hammer
1 week ago
Prime Video has just added 25 very big movies to its library
1 week ago
5 must-watch shows and movies streaming on NOW in August
1 week ago
Two long-thought-dead Marvel projects appear to be in the works
Next Page