"It goes in directions that aren't expected." The Rise of Skywalker is released this week.

If you think you've got an important question about Star Wars: The Rise of Skywalker for Daisy Ridley, it's likely that her mam has already asked it.

"My mum asked me if I'm going to to die in the film and I said: 'Mum, you'll have to wait and see.' John Boyega tells everyone though! I've not told a single thing to anyone in my family," said Ridley when JOE meets her to chat all things Star Wars.

END_OF_DOCUMENT_TOKEN_TO_BE_REPLACED

For the last four years, the actress has become a master at speaking without telling.

Such is the life when you're front and centre of the world's biggest franchise but with the release of The Rise of Skywalker on 19 December, you get the sense that the stakes have been raised significantly.

After all, there's still so many questions to answer.

Is Rey a Skywalker? Who are her parents? Why is she strong with the Force? How did The Emperor survive, and how will he fit in with the proceedings? Has Kylo Ren completely turned to the dark side, or is there still some good in him? How will The Rise of Skywalker tie up the currently trilogy, while remaining true to over 42 years of storytelling? Will Lando Calrissian still be as shit-cool as ever?

We've all got questions. It turns out that Daisy Ridley is exactly the same. 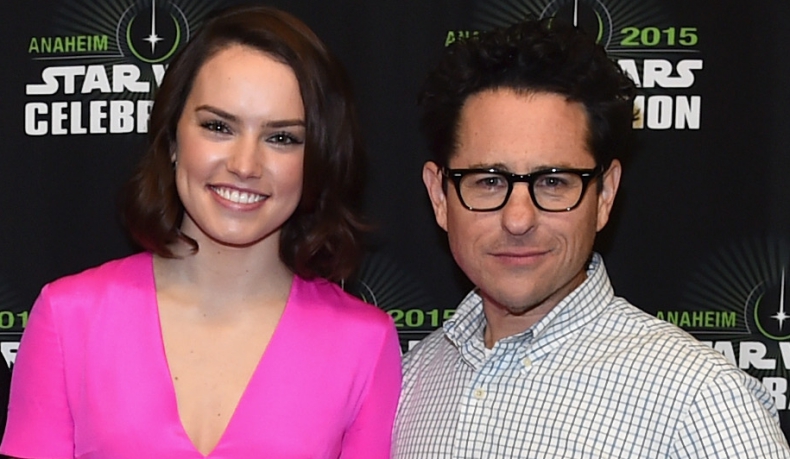 END_OF_DOCUMENT_TOKEN_TO_BE_REPLACED

"Oh yeah, we do find out more things about about Rey. Oh yeah. This film had moments when I was really like 'Oooh!' because I really thought in Episode VIII, Rey had all of her 'Oh my god, all the doubt has gone' moments. I was thinking to myself, where else are we going to go? The answer is that there are many more places to go.

In terms of performance, the 27-year-old said that she found it harder to play an angrier version of the character. As soon as the trailer for The Rise of Skywalker was revealed, Star Wars fans could only talk about one thing - Rey's use of the Sith-red double-bladed lightsaber.

END_OF_DOCUMENT_TOKEN_TO_BE_REPLACED

Star Wars fans know that "Fear is the path to the dark side. Fear leads to anger. Anger leads to hate. Hate leads to suffering." As an actress, this was a challenge that Ridley relished.

"One thing I find hard to perform is anger. Which is why I thought Laura Dern's performance in Big Little Lies was fantastic because it's hard to play anger. It takes a lot of physical effort, so there was some anger that I found difficult to convey. There were days when I said to J.J. 'I can't do it. What are we going to do?' I had to trust in him that he can guide it and then our editor can do her magic."

From the moment that we met her scavenging on Jakku, Rey's journey always seemed like it was destined for bigger things. She might be The Last Jedi, but it appears that there's more to learn and for Ridley, she loved that her character is staring to question things through her own curiosities.

Obi-Wan Kenobi famously said "Luke, you’re going to find that many of the truths we cling to depend greatly on our own point of view" and it appears that Rey's embracing these words of the sage Jedi Master. 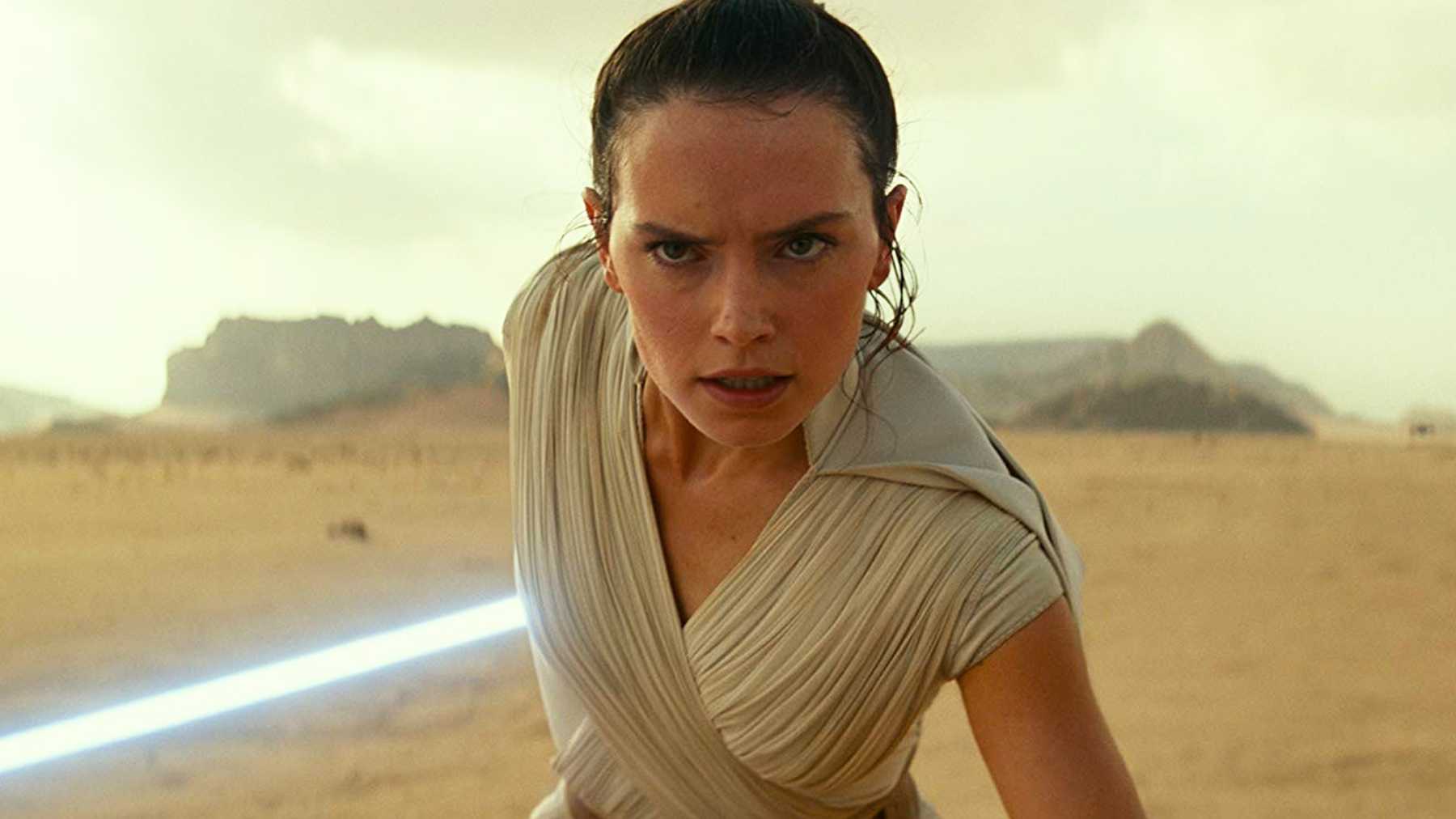 "My main joy with this film is that Rey asks more questions. I did say one thing to J.J - and he did it which is great - is that 'can you give me a monologue?' Weirdly, in this film, I speak way more than I think I did in the other two. In the other two, looking back at them, I think Rey is being told to do certain things. She's being told 'you're this and this is your journey.'

"In this film, she's asking questions so there's already growth. She's finding her feet and curious about things, not because someone else told her to be but because she's asking the questions. She's going on a journey but other characters in the film might not understand the journey that she's going on. There are particular scenes when characters are questioning the choices that she's making.

Granted, we're all accustomed to a bit misdirection and this scene with 'Dark Rey' could be a dream sequence, or a vision - remember Luke seeing his own face in Darth Vader's helmet during The Empire Strikes Back? - but Ridley did enjoy how collaborative Abrams was in perfecting that look.

"Yeah, I had a few more conversations with J.J, particularly about the 'Dark Rey' costume. There were things when I was doing the costume fitting. Even things like the hair. It's my friend that does my hair and make up, and we were like 'yes, the three ball thing is Rey's style, but we want to progress it.' So, there was a conversation about progressing things.

"Also, J.J. is the most receptive person. You could question the tiniest thing and he'd be like 'Yeah, sure. Try it your way. Why not?' He's so open to everything. It's empowering because he's a very successful director but he does listen to me too, that's a beautiful thing," said Ridley. 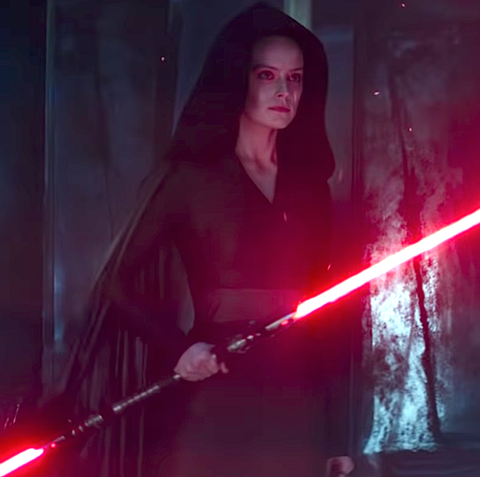 As The Rise of Skywalker gets set to be released in cinemas, it's a very interesting time for the character of Rey and the actress that's playing her. In The Last Jedi, we saw that The Resistance almost crumbled before Luke Skywalker's intervention managed to buy Poe, Leia, Finn, and co. enough time to escape The First Order.

As we head into the concluding film of the Skywalker saga, there's an awful lot of pressure on Rey's shoulders too because, well, it appears that she's the last Jedi to fight the Sith. Then again, we're not betting against Kylo Ren turning to the light just yet, but who knows?

Like any billion dollar franchise, there's always a degree of pressure on the cast and that's something that Ridley is getting more comfortable with.

The backlash from The Last Jedi did take her by surprise and there were moments when the discussion turned toxic - let's not discuss the whole 'Rey is a Mary Sue' debate again - but the actress did quit Instagram in 2016 after receiving some abuse.

"Honestly, it wasn't as dramatic as everyone thought it was. Somebody said something that was not very nice and I was like 'Ok, you now what? I don't want to be online anymore.' It really wasn't that difficult or traumatic. I think it has been more difficult for other people. It's not my vibe.

The actress has said that it was a "fucking crazy thing" being cast in the world's biggest franchise at the age of 21. She has also been vocal about needing to seek professional help for stress and anxiety when The Force Awakens was released.

Going from total anonymity to being one of the most recognisable faces in the world in the space of a few months would change anyone.

Looking back on that experience, the star of Murder on the Orient Express and Peter Rabbit feels like certain parts of her 20s would have been exactly the same, even if she wasn't playing the main character in three Star Wars films.

"I was tense. I was a tense teenager. Not in the overdramatic way of  'Oh my God, everything is terrible!' but I found things stressful. It's weird because it has only been 4 or 5 years [since The Force Awakens was released] and you have such a massive growth in your 20s anyway, regardless if I was in Star Wars or not.

"I do look back now and think 'fuck, it was pretty crazy.' At the time, I obviously didn't have the experience to know what was coming. My parents always say of how proud they are of how I've coped with things, so it could have been slightly different. To be honest, I think I would have had therapy anyway because I think everyone should.

"I had OCD as a teenager and I think for me, the thing is that I like to be controlling. I like to be in control of what's going on. There were times when I didn't feel in control and I felt like other people were dictating what my day was going to be like.

"I think it's that feeling of being out of control. I also don't refer to myself as a 'celebrity'. I look at it this way, I'm in a film that a lot of people will see. That's part and parcel of it. I wanted to be successful as an actor, meaning that I want to work. I was never like 'I want to be famous!' I don't think about that side of things because it still weirds me out. I don't think about myself like that," she said. 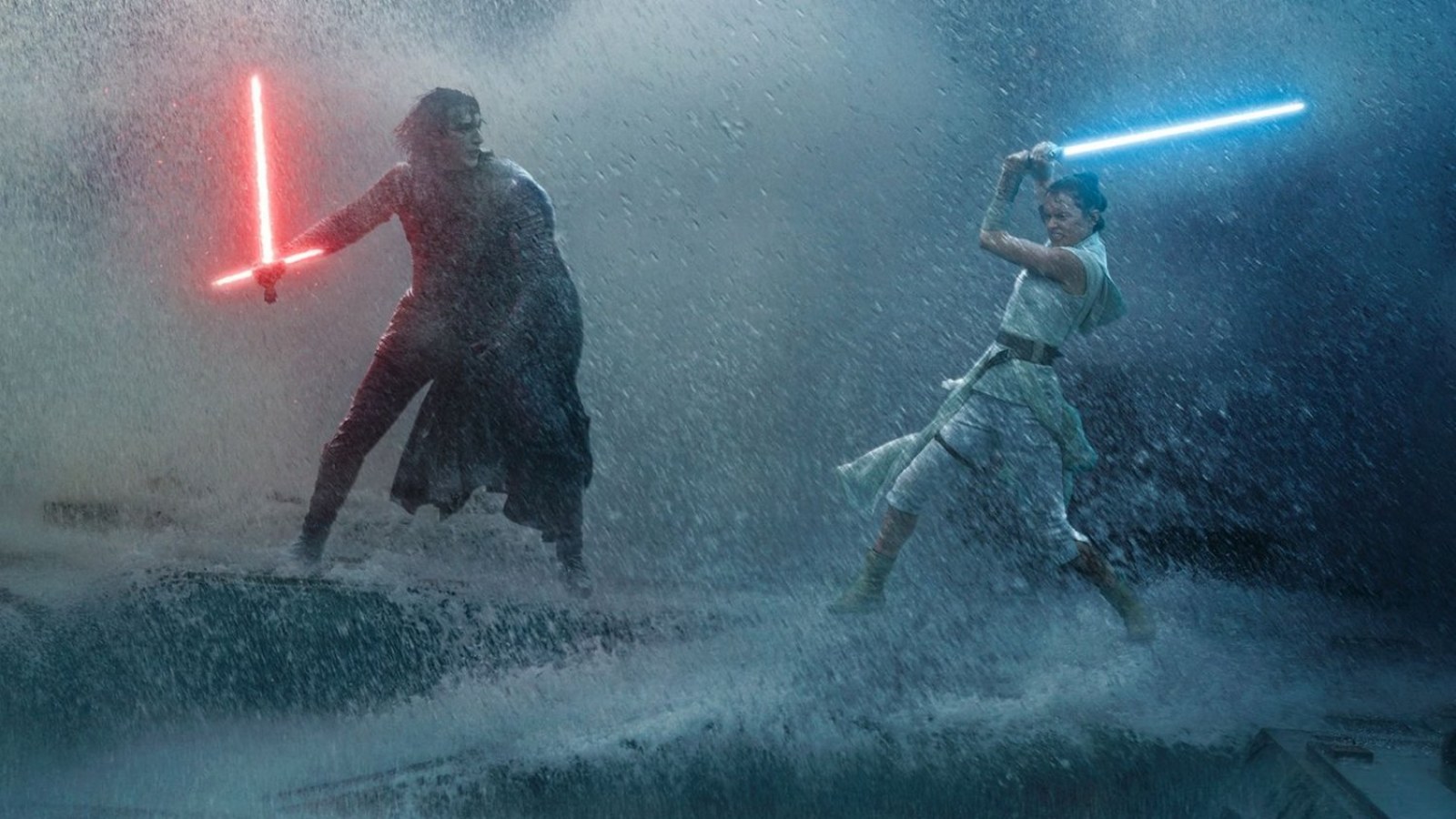 When speaking about her most famous role, Carrie Fisher once said: "I think I am Princess Leia and Princess Leia is me. It's like a Mobius Striptease." Try as the cast may do, there's no escaping Star Wars and what these characters mean to people.

For Daisy Ridley, she's delighted that generations of little girls want to grow up to be Rey, but she's getting more comfortable at taking on the mantle, too.

"I'm also very aware that I'm not Rey and while it's nice that people come up to me and talk to me, I do try and make that distinction because she's saving the galaxy and I ain't doing shit! Here I am, just living my life.

"I am a big believer that everything happens for a reason, so I wouldn't have wanted to change anything that happened before. The one thing I'd change is that I've met some people I really admire, and I was so nervous of looking a certain way that I was more on the back foot, but I've rectified that. I've written letters to all the people I've met and said 'sorry I was like that then, when I couldn't talk and was all tongue-tied.

Star Wars - Episode IX: The Rise of Skywalker is released on 19 December,