The second series of the Serial podcast has landed

The second series of the Serial podcast is here.

Available here, the podcast looks at the case of Bowe Bergdahl, the American former prisoner of war who disappeared from his post in in Afghanistan in 2009.

Season 2 lets Bergdahl tells his side of the story, about how he left his base carrying just vacuum-packed chicken, knives, water and a compass, and ended up in captivity under the Taliban for five years. 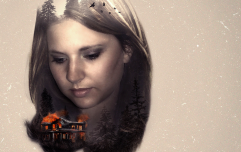 END_OF_DOCUMENT_TOKEN_TO_BE_REPLACED

Sergeant Bergdahl is currently awaiting a ruling on whether or not he will appear before court martial, following the political debate which centred on whether Bergdahl - who was only freed when the Obama administration swapped him for five Taliban detainees at Guantanamo Bay - was a traitor or not.

"As you can imagine, he’s been the subject of a lot of sound-bite coverage," interviewer Mark Boal, an Academy Award-winning screenwriter and producer, said in a telephone interview with the New York Times on Wednesday.

"He has a definite point of view about hit-and-run TV reporting, and so this was the opposite of that."

The first series of Serial focused in Adnan Syed, a young man convicted of murdering his girlfriend in 1999.

popular
Landslide, earthquake, 'huge dump of snow' and female Taoiseach predicted for Ireland in next three years
Eight arrested following brawl in Galway cemetery
Revolut co-founder donates €1.1 million to Toy Show appeal
The JOE Movie Quiz: Week 130
Amazon Prime Video has quietly added 10 big new movies to its library
The JOE Music Quiz: Week 83
The best memes from this year's Late Late Toy Show
You may also like
2 years ago
Upcoming documentary series opens a new chapter on the Adnan Syed case
3 years ago
International Podcast Day is a thing, so here's the top 20 most popular podcasts right now
3 years ago
Serial Season 3 has arrived and it is very different to the podcast you remember
3 years ago
A gripping documentary series about Adnan Syed's infamous case is being made
3 years ago
Following several appeals and delays, Serial subject Adnan Syed has been granted his new trial
4 years ago
True-crime investigation podcast Serial is making a return very soon
Next Page