Old school fans will love this.

In what could be the greatest news to emerge from Springfield since the glorious decision to re-open the Sex Cauldron, the show is bringing back a beloved character for their upcoming 600th episode.

Executive producer Al Jean was accompanied by show creator Matt Groening (pictured below) to announce the list of guest stars that will be providing their voices during the 28th season and we're pleased to announce that they're bringing back Homer's sworn enemy. 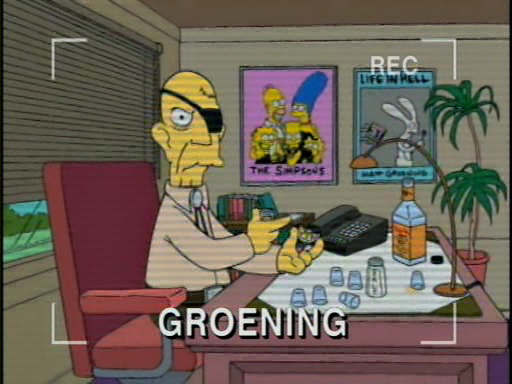 October 16th will see the 600th episode of The Simpsons being aired and to mark this occasion, we're going to be treated to Treehouse of Horror XXVII. The first segment will be a Hunger Games parody and we've been promised the return of Frank Grimes also.

Yes, that's right! Grimey (he loves being called that) will finally have the chance to exact some revenge on Homer.

We've frequently ranked Grimey as one of our favourite supporting characters from The Simpsons but here's hoping that he manages to avoid those high voltage cables this time around.


popular
Here's Week 21 of JOE's 19 in 90 quickfire quiz
Interactive infographic shows real-time spread of coronavirus outbreak
The 50 most iconic songs of all time* have been revealed
Galway parish reports record high attendance at Ash Wednesday drive-thru
Emirates is recruiting new cabin crew members in Galway for tax-free jobs
Rallies prove that Sinn Féin are playing the game better than anyone else right now
Singer Duffy reveals she was drugged and raped while being held captive
You may also like
2 days ago
Gangs of London cast discuss the new explosive gangster drama from director of The Raid films
3 days ago
Narcos star really wants to spend some time in Cork on his next visit to Ireland
4 days ago
QUIZ: How many of these Derry Girls characters can you name?
4 days ago
Brendan Gleeson's upcoming performance as Donald Trump is 'scary' and 'too close for comfort'
5 days ago
Season 2 of The Witcher is now in production as Game of Thrones' Tormund joins the cast
5 days ago
Narcos star would love to return for another season of the show
Next Page