EXCLUSIVE: The young Dublin stowaways who went to New York will have their incredible story made into a Hollywood movie

You couldn't make it up.

In 1985, two boys from Darndale in Dublin, aged 10 and 13, hopped on a DART to Dun Laoghaire and ended up sneaking onto a ferry bound for Holyhead with far-fetched notions of ending up in America to see their hero, B.A. Baracus of The A-Team.

END_OF_DOCUMENT_TOKEN_TO_BE_REPLACED

From there, they manage to evade ticket checkers and boarded a train bound for London. They made their way to Heathrow Airport despite only having a few coins in their pockets that they nicked from a charity fountain.

At Heathrow, they followed a stranger onto an Air India flight to New York City, convincing airline officials to let them on by telling them that their parents had already boarded. 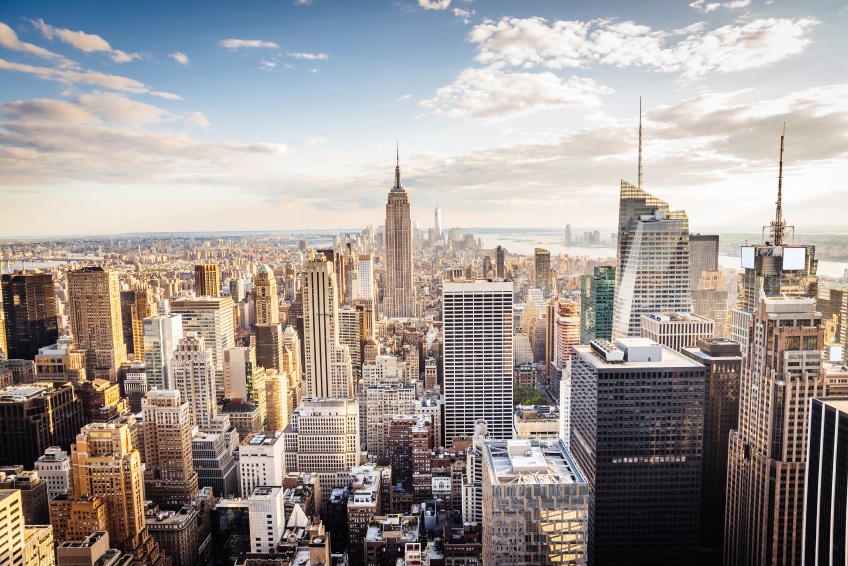 With the plane only half-full and no sign of anything suspicious, the two boys were on their way to the Big Apple, hours after one of them, Keith Byrne, had told his mother that he wouldn’t stray far from the house because his dinner was nearly ready.

In New York, their journey came to an abrupt end when they asked a policeman outside JFK airport for “the way into town”.

At that point, they were taken into custody and given the royal treatment in a five-star hotel before returning home, while the people of New York read all about their exploits on the front pages of the city newspapers.

The remarkable story came to light once again this week after a photo was posted on the Rare Irish Stuff Facebook page of Keith Byrne and his mother, Theresa, at Coolock Garda Station in 1985, shortly after the then 10-year old Keith had made headlines around the world.

At the time of writing, just under 30,000 people have liked the picture on Facebook and it has been shared almost 13,000 times.

And the world is about to hear about the remarkable exploits of Keith Byrne and Noel Murray because their story will soon be made into a big Hollywood movie.

END_OF_DOCUMENT_TOKEN_TO_BE_REPLACED

Award-winning director Garret Daly of Mixed Bag Media and award-winning screenwriter Conor Ryan have teamed up to take on the project that is already two years in the making.

Speaking to JOE yesterday, Garret (pictured below) could barely contain his excitement about a story that is tailor-made for the big screen. 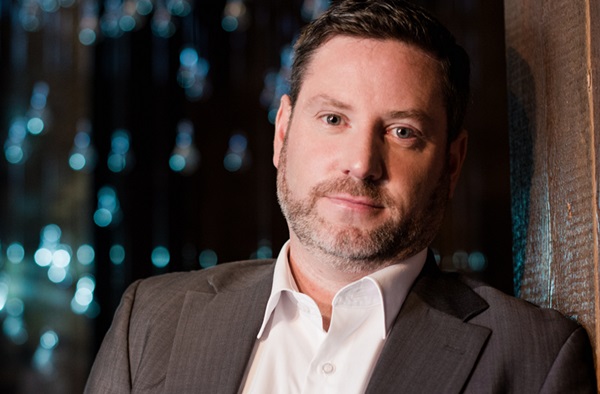 “I secured the rights to the story two years ago and Conor (Ryan) has been working on the screenplay for the last six months. We went into collaboration with Keith and Noel to tease out the story and we discovered that there was so much more to tell,” Garret said.

“The screenplay is fantastic and it’s hilarious, which is no surprise given the story that’s it based on.”

“It’s so funny,” Garret added. “I know the story inside out now but there was so many occasions reading the screenplay that I just kept laughing and thinking - this is actually happened.”

Garret has already had a number of offers from studios looking to take on the project, which is currently in the pre-production stage. There is no definitive timeline as to when it will be ready for the big screen just yet, but 2016 is set to be a massive year for Garret and everyone involved.

“We’ve had a number of offers, here and abroad, and the story is catching people’s attention,” Garret said.

“Casting will be key as there will be two new young leads and a significant lead actor in the US. I think 2016 will be a big year as we move forward on this.”

One of the most rewarding elements of being involved in the movie from Garret’s perspective to date is that it has helped to reunite the two key characters in the story, Keith and Noel, after years without contact. 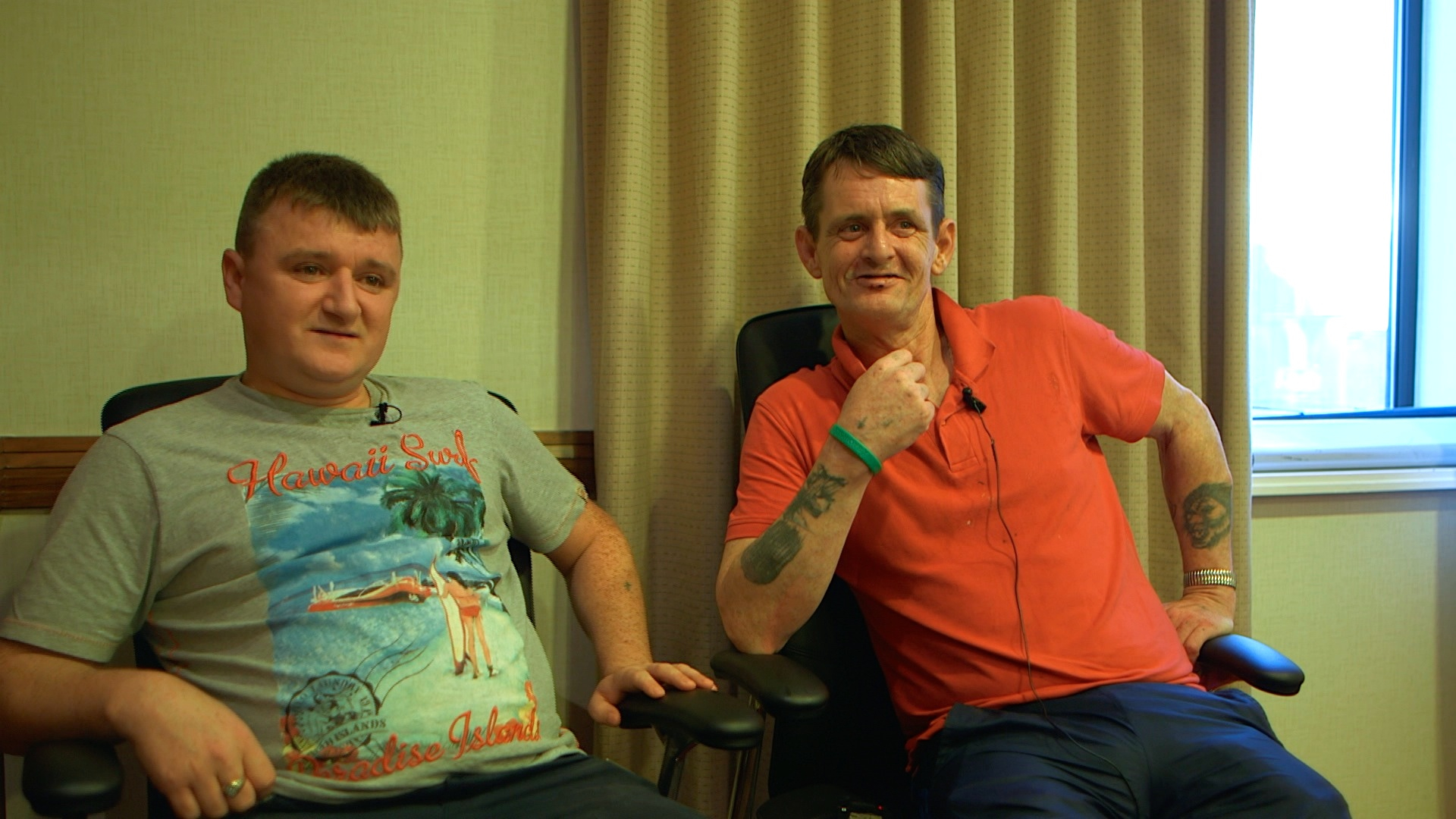 Childhood friends three years apart in Darndale, they gradually drifted apart as teenagers and in later life, but having both consented to take part in the movie, their reminiscences have been crucial to the telling of what is truly a remarkable tale.

“When we met them in the hotel, they were catching up right in front of us and it was so great to see,” Garret recalls.

“It was terrific to get them together to chat about their adventures. They hadn’t seen each other in years and suddenly they were remembering things that happened. There is so much people haven’t heard about it and it will all be in there.”

Asked about the type of movie that it’s going to be, Garret replied: “We want to make an Irish movie, because first and foremost it’s an Irish story. The fact that it’s a true story as well makes it incredibly appealing.

“We worked really hard to get a brilliant screenplay out of it, there’s plenty of interest in it here and abroad and thankfully, it has all started falling into place.”

We can’t wait to see the finished product.

The Big Reviewski || JOE · TBR Spotlight: Loki - Episode Two - 'The Variant'
popular
The JOE Friday Pub Quiz: Week 248
Three men arrested after reportedly attacking staff of premises on South William Street
WHO plan calls for preventing women of "childbearing age" from drinking alcohol
One of the most tense thrillers of the last ten years is among the movies on TV tonight
Five great new movies added to your streaming services this weekend
The 50 most iconic songs of all time* have been revealed
Families advised not to travel abroad for holidays
You may also like
3 days ago
Vue cinemas announce reopening dates from later this month
4 days ago
Lin-Manuel Miranda on the strong Irish connection to his new movie In The Heights
5 days ago
EXCLUSIVE: Connie Nielsen discusses what is happening with Wonder Woman 3
1 week ago
There will be an extended preview of Jurassic World 3 at IMAX screenings of Fast 9
1 week ago
Cinema owners call for increased capacity as they reopen for first time this year
1 week ago
EXCLUSIVE: Bob Odenkirk on the one dangerous stunt he DIDN'T do in new action movie Nobody
Next Page