This could be excellent.

RTÉ's new drama Taken Down has seen the creator of Love/Hate, Stuart Carolan, return to the genre that he knows so well and it appears that there's going to be a reunion between Tommy and Nidge.

That's because Killian Scott and Tom Vaughan-Lawlor have both been cast in Dublin murders, a new psychological crime thriller for BBC One, Starz and RTÉ with support from Northern Ireland Screen.

END_OF_DOCUMENT_TOKEN_TO_BE_REPLACED 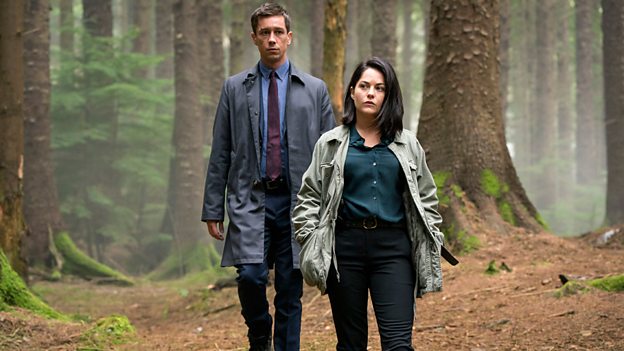 The show is an adaptation of Tana French’s internationally bestselling Dublin Murder Squad novels and each book is led by a different detective from the same team and their signature is an intense emotional connection between cop and crime.

This eight-part series is created and written by Sarah Phelps (And Then There Were None; Ordeal by Innocence) and blends the first two novels, In the Woods and The Likeness to deliver a dark psychological mystery with a tap root that drops deep down into Ireland’s past, foreshadows the future and brings insight to its present.

This series, set during the height of the Celtic Tiger financial boom of the millennium, will focus on two murder investigations led by ambitious and charismatic Detectives Rob Reilly and Cassie Maddox. The victims - a young talented ballerina who is found dead on an ancient stone altar; and a vivacious free-spirited woman, who is found stabbed in a roofless famine cottage - are seemingly unrelated, but as we will discover, are actually knitted together by powerful shared themes - the macabre ‘red in tooth and claw’ elements of both stories, and their heart-thumping psychological thriller qualities.

If you saw Rosie then you'll know just how talented Sarah Greene and Moe Dunford and our own Roy Cashin had a chance to chat with them about their future.

popular
Reopening of restaurants and gastropubs, travel between counties set to be approved by government
REVEALED: The winners of all 28 categories in the 2020 Just Eat National Takeaway Awards
Publicans say government “can’t hide behind NPHET” over decision to keep wet pubs closed
QUIZ: Can you answer all the £1 million questions from Who Wants to be a Millionaire?
“Hugely exciting” new ferry route from Rosslare to Dunkirk to begin in January
QUIZ: How will you fare in our ‘Not as it seems’ quiz?
QUIZ: How well do you remember the final season of Game of Thrones?
You may also like
5 days ago
Here are the 11 best movies on TV this evening
5 days ago
QUIZ: Can you name all of these characters from The Crown?
6 days ago
QUIZ: How well do you remember The Boys v The Girls Trivia Contest on Friends?
6 days ago
QUIZ: Match The IT Crowd quote to the character who said it
1 week ago
High-profile RTÉ staff apologise after attending "impromptu" gathering in Montrose during Level 5 restrictions
1 week ago
"Pizza, steak... I mean I pretty much consumed anything." Jason Momoa on his Khal Drogo Game of Thrones diet
Next Page